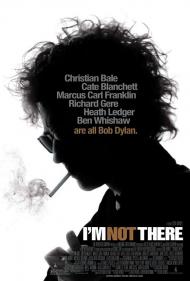 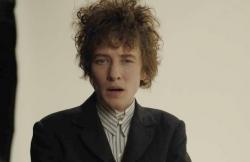 Cate Blanchett in I'm Not There.

I'm Not There. is fresh, original and fascinating. Essentially a biopic of Bob Dylan, it is much more than just that. It imagines Dylan as half-a-dozen different people. None of them is actually named Bob Dylan but all of them are clearly inspired by him. Each persona representing a different element of the reclusive iconoclast.

Visually Haynes proves once again his talent for capturing the look and feel of the mid-to-late 20th Century. I rank this one ahead of Velvet Goldmine but behind Far From Heaven. The movie switches back and forth from black & white to color and it jumps around from persona to persona and from decade to decade. I am not normally a fan of nonlinear narratives. They almost always come across as pretentious and boring, but under Haynes' talented guidance it seems natural and entertaining.

Most of the stories are superb. Cate Blanchett's characterization is spot on and funny as is the young vagabond black-boy version. These are the best parts of the movie. While the Richard Gere fantasy section is the only one that disappoints.

What I found interesting is how even a non-fan like myself walked out of the theatre feeling as if I had insight into the real Dylan. His songs get played throughout the movie as well and they are used lyrically to convey emotion or explain motive. Likewise many of the interviews or conversations include quotes from real life. An impressive cinematic accomplishment as well as a fitting tribute to the man himself. 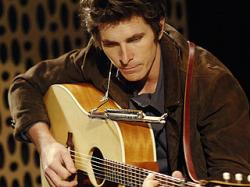 I found this movie to be very pretentious and boring. Who ever wrote this love letter to Bob Dylan spent far too much time analyzing him. I know few of his songs and was more annoyed trying to understand this mess than I was entertained. I am sure this movie would be better enjoyed by those who appreciate Dylan’s work.

The story jumps around with different people portraying different times and aspects of Dylan’s life. Two of my favorite actors are here. Bale is underused, while Blanchett gives an award worthy performance. One day, these two powerhouse actors should make a movie where they actually share the screen.

I know little about Dylan, and after watching this movie I feel I know even less. People saw in him what they wanted to see. That can be said of anyone in the spotlight. In that sense, this movie succeeds. It allows the viewer to see Dylan from angles you may not have before, but by having different actors play the role you also dehumanize him. This movie is more about a myth than a man.

Marcus Carl Franklin as a version of Bob Dylan

Eric, you might be right that hardcore fans of Dylan will get more out of this movie; being able to really pick up on all the references, but I can't fathom at all how you can say that you feel you know even less about him after watching this movie than you did before you saw it. I probably knew even less about him than you did, but after watching this movie I certainly felt as if I had learned quite a few things about him. Not exact dates or names perhaps, but certainly the essence of who he was and the outline of his career.

Sure, not all of the storylines work. Like you Patrick I found Richard Gere's portion of the film to be the least interesting and it adds to the film's length. By far I enjoyed Blanchett's portion most, despite finding her version of Dylan to be the most pretentious and least likable of any of them.

While the segments are mostly unrelated, there are common themes running through each of them. There's a sense of loss in each of the stories and also a feeling that each character is an imposter. Blanchett's Dylan is revealed to have bourgeois beginnings, Gere's is really Billy the Kid, the young black kid's version tells a constant stream of lies about who he is, Ledger is an actor playing the part of Christian Bale's Dylan in a movie and of course all of them are really portraying Dylan instead of the character they're actually playing. The common themes help hold the disparate storylines together.

You also call this movie boring, Eric, but I'll tell you what really would have been boring; yet another VH1 style Behind the Music Biopic. I mean we've seen literally dozens of those and they're all the same, as satired so succinctly in Walk Hard: The Dewey Cox Story. I'm Not There finds an original and, to my mind, quite interesting way of telling the story of an iconic musical performer.