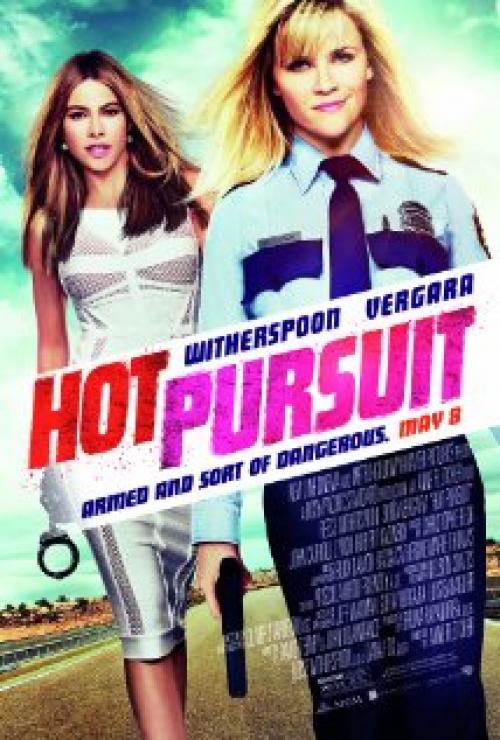 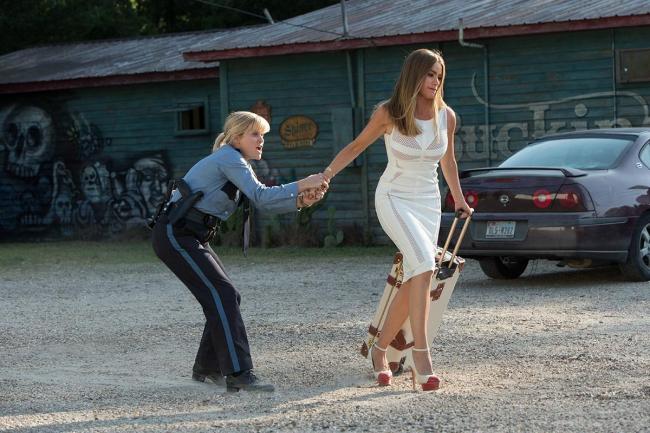 Hot Pursuit wants to be another The Heat with Reese Witherspoon pulling a Sandra Bullock. Both films are odd couple law enforcment comedies with female leads. Although I wasn't a huge fan of that earlier comedy, there's no denying it's better than this imitation. Witherspoon has plenty of talent and Vergara brings her usual assets to the table, but the script (by 2 sitcom writers) lets them down considerably.

Witherspoon plays Rose Cooper, a by the book Texas police officer sent to be the female escort to Daniella Riva (Vergara), the wife of a drug dealer who has agreed to testify against a drug kingpin. When things go awry, the duo end up on the lam in an odd couple road trip as they try to dodge criminals and crooked cops alike.

To be fair there are a few laughs, but they're few and far between. There's a running gag about Witherspoon's height and Vergara's age that's worth a few chuckles. Perhaps the highlight of the comedy is when Witherspoon accidently inhales some cocaine and becomes manic and hyper for a period.

Too many of the other jokes just feel forced and unfunny. Occassionaly the film tries to have heart and present the two women as real people, but those moments clash with the attempts at comedy, which is a pity because it would have helped if the audience could feel some empathy for them. Witherspoon suffers the worst with her character a bumbling cariacture one minute, and a genuine person the next in a way that feels schizophrenic. Vergara always plays over the top and this role is no exception. She knows how to use her persona to generate laughs and she's as voluptious as always, but there's only so much she can do with what she's been given.

One of the most important things about a buddy movie is the chemistry between its two leads and at least Witherspoon and Vergara have that. Witherspoon's uptight, straitlaced police officer is a good foil for the va-va-voom Vergara. The few times they're allowed to be human instead of just bad sitcom characters, you can see a real warmth between them that should have been capitalized upon. Witherspoon is one of those people who seems to be inherently likable and that remains true even here.

There's always been this silly debate about whether or not woman can be funny, to which, of course, the answer is a resounding yes. But even the most talented comedian (no matter what the gender) is only as funny as the material they're given and the material here is paper thin and worn out with unfunny cliches. 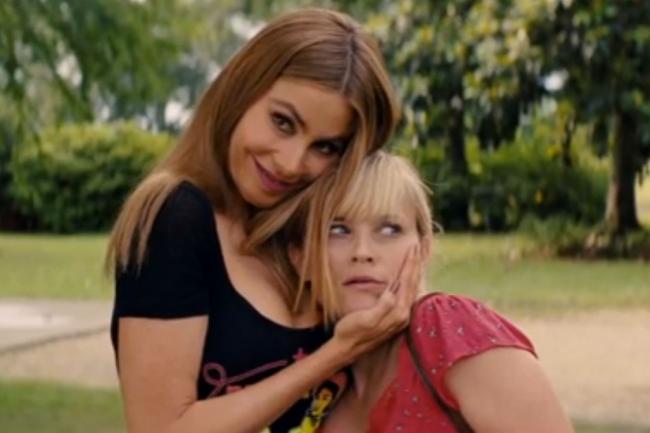 Yes, the humor in Hot Pursuit is akin to a sitcom and the plot is mostly predictable but I still found enough in it to laugh at and enjoy. As Scott wrote, Reese Witherspoon and Sophia Vergara are playing opposites and as all buddy comedies know, it is the polar personalities that make such a film work. They make fun of each other even though we know they will end up as best friends.

Vergara is playing her one and only character that is best defined by her curves. Although I did notice that she wails like Lucille Ball after getting in trouble with Ethel. With that cry and accent, she could definitely be a descendant of Ball and Ricky Ricardo.  Academy Award winner Witherspoon does not exactly stretch, acting wise, but she is playing a very tightly wound woman who has a hard time relating to other people. Her inept Rose Cooper reminded me of Detective Walter Brown in The Narrow Margin (1952) who incompetently had to bring a mob wife across country to testify in court.

Most of the jokes come from awkward moments. Vergara and Witherspoon find themselves not once but twice in sexual lesbian situations. At one point Vergara tells a man holding a gun to Witherspoon that they are lovers to distract him. The girls proceed to grope each other and kiss. When handcuffed to one another they attempt to drive a bus and shoot out the window at a pursuing vehicle. This means that one must sit on the others lap in several different positions as the old folks on the bus look on with fascination.

Hot Pursuit was directed by a woman and both Witherspoon and Vergara are given producing credit. I have no problem with that except all of the male characters are, at best, one dimensional. They are all defined by being either a good guy or a bad guy. Although Vergara strips down to her bra, the only skin scene is done by a guy when Witherspoon walks in on him and exclaims, “penis” to no one in particular. I know, I know, men have objectified women for years in movies so how can I really complain.

Much is made of how these girls can manipulate men. Vergara uses her cleavage as a constant distraction while nude guy helps the girls out simply because he finds Witherspoon attractive. In one scene the girls get out of a jam by explaining to two men in graphic detail how their menstrual cycles work.

For a movie that wants to be about girl power, the jokes sometimes seem like something you would see in a teen comedy. When answering Vergara’s question about nude guy not being in jail, Witherspoon tells her, “I got him off.” Vergara smiles knowingly and says, “I bet you did.” Ba-dum! Still, enough of the jokes work that I was not disappointed. Hot Pursuit will not win any movie awards but its light and easy going pace makes for a pleasant enough watch.