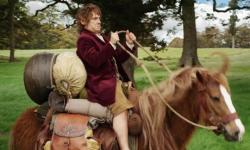 Martin Freeman in The Hobbit.

It was in 1995 that Peter Jackson first expressed an interest in making a film based on The Hobbit. He envisioned it as part one of a trilogy. The second two parts would comprise the story of The Lord of the Rings. Complicated copyright ownership prevented him from making The Hobbit first and so he started with the LOTR films. Now he finally has the chance to tell the tale that started it all. Since splitting one book into multiple movies has now become the accepted norm, instead of adapting one book into one film, the same story he was going to tell in three movies, will now have taken six. You have to wonder if he were starting on filming The Lord of the Rings today if he wouldn't have turned the whole series into 12 movies.

There's more of a negative buzz in the media surrounding this film than there ever was about LOTR, and it seems to be because of this decision to pad the story into three films. Jackson and others have said that by splitting the story into three parts they can expand the tale and show more details and backstory. Is that the real reason though? Or is it simply an attempt to triple the profits that could be made from one movie? Even if the choice to make a trilogy is an artistic one, is it the correct choice? The Hobbit is a much lighter, faster paced story than LOTR. There are hints of darker things and mention of events past, but essentially it's a children's story. Does it really need three movies to tell it?

The tale of The Hobbit is a simple one, or at least it is in the book. A group of dwarfs, lead by Thorin Oakenshield, set out on a quest to reclaim their kingdom from Smaug the Dragon. They are joined by Bilbo Baggins, the Hobbit, and Gandalf the Wizard. A great deal of the story describes their journey to the mountain where Smaug lives while the final third deals with the confrontation with the dragon and its aftermath.

The cast is superb. Martin Freeman makes a perfect Bilbo and it's easy to see him as a younger version of Ian Holm's Bilbo from LOTR. Richard Armitage is terrific as Thorin and makes the Dwarf King more threatening and regal than I ever pictured him in the book. Fans of old school Doctor Who will get a nice surprise when former Doctor Sylvester McCoy turns up playing Radagast the Brown. There are several returning faces from the LOTR films, some as mere cameos, while others have larger parts. When originally announced, I'd always hoped Sean Connery would play Gandalf, but now I can't imagine him without thinking of Ian McKellan who returns to the part and delivers yet again another powerful performance.

As he did in the earlier trilogy, it is Andy Serkis as Gollum who almost steals the movie, despite being in just one long scene near the end of the film. Tolkien's most famous chapter from the novel, "Riddles in the Dark", where Bilbo first finds the ring and he and Gollum match wits over a game of riddles, is reproduced faithfully and well. It's the highlight of this movie and possibly the series. It will make you feel bad knowing that it's the wretched creature's only appearance.

Although Jackson stretches out the story, he does provide bang for your movie going buck. His filler is action packed filler for the most part. There are plenty of things that could have been cut without losing the essential tale of The Hobbit, but the added scenes are entertaining. It does however, mean that this movie is a three hour butt numbing affair. It's entertaining, but just when a good thing becomes too much of a good thing will vary from viewer to viewer.

Bilbo makes a monumental discovery in The Hobbit.

I agree Scott, they padded the hell out of the book. Characters that don't appear anywhere in the pages of The Hobbit show up in this over long, disappointing film. Frodo, Saruman, Galadriel, the Wizard Radagast the Brown, and the pale Orc called Azog are all unnecessarily included. This is particularly odd in the case of Radagast as he was omitted from the LOTR trilogy even though he actually appears in the pages of those books.

One difference between Tolkien's LOTR and The Hobbit is that LOTR told an epic story that the filmmakers could never completely capture on screen. As a trilogy of books it made perfect sense to translate them into a trilogy of three hour plus movies and still they were unable to include everything Tolkien put on the page. The Hobbit didn't need three movies. Scott raised the question of whether or not it was the correct “artistic” choice to stretch this story into a trilogy. The resounding answer is no.

The brisk pace of the book is missing from this movie. It takes far too long for the adventure to begin. First we have to sit through quite a bit of expository back story that adds nothing except a longer running time. In the book the danger grows as they travel on their journey, getting farther and farther from the Shire. This movie has them getting attacked by a tribe of Orcs riding on Wargs before they even get to Rivendell.

The action scenes are all overdone and over produced. Take the Stone Giant scene Scott mentioned. The company of adventurers gets caught in the middle of a battle between these mountain giants. Even though the earth crumbles away at their feet while they are standing perilously close to the edge of a long fall, and huge rocks are being hurled all around them, you just know that none of them will get hit or be injured in a situation where they would all likely either be crushed or plummet to their deaths. Ditto the scene underground where they battle hundreds of Orcs, as well as the climax in the trees. Taut action scenes that carried a real sense of danger in the book are so overblown by Peter Jackson that he has sucked all the tension right out of them.

I do agree that the cast is terrific. There isn't a bad performance in sight. But then this isn't the type of movie that calls for any real subtlety or nuance to the acting. Martin Freeman is in nearly every scene and he is indeed the perfect Bilbo Baggins.

By far the movie's best scene is Gollum and Bilbo's game of riddles deep in the heart of the Misty Mountains. This scene alone in the entire movie captures the tone and spirit of the book without overdoing it. Unfortunately it is less than thirty minutes of this three hour movie.

A part of me enjoyed The Hobbit but a bigger part of me was frustrated by it. With this movie and The Guilt Trip also failing to live up to my expectations, I would have to say this has been one of the most disappointing Christmas movie seasons in recent memory. 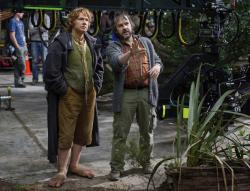 Peter Jackson got the tone of The Lord of the Rings just right. It told the story of a threatened world and the desperate attempt by all involved to save it. Tension permeated the entire series, whether it was a large scale battle or Frodo struggling with the weight of the ring. The enormity of the story demanded such treatment. The Hobbit however, does not.

The story of Bilbo's journey is much lighter in tone, yet Jackson treats it with the same level of seriousness as the trilogy. This creates some inconsistencies. The scene with the stone giants is ridiculous. At least one of the dwarfs should have died during that scene as they are in such a precarious situation. Had the tone of the story been light it would work but as Jackson is going for such a dramatic tale, it makes little sense and eliminates all the tension.

I agree with my brothers that the single best scene is when Bilbo plays the riddle game with Gollum. Bilbo is in dire straights. He is hopelessly lost in an expansive cave system and needs the help of a very unstable creature. Gollum is physically and mentally weak but he is the most threatening monster to be found in this film. The scene Bilbo and Gollum share is the most tense and most emotionally engaging of the entire film.

Jackson certainly loves Tolkien's books and he goes to great lengths to add details. That all makes for a flawless look but he overreaches with an inconsistent tone. Is this a children's tale or an overblown epic adventure? Jackson should have decided which he wanted before starting this film. 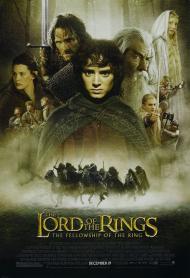 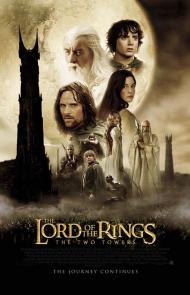 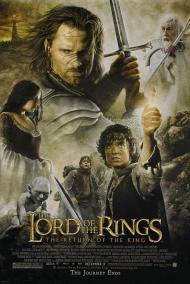