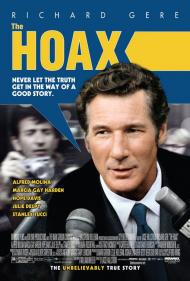 How eager was the liberal media when they thought they had proof of George Bush not fulfilling his military service? They jumped on that story, not because it was fact or even all that important, they attacked it from all sides and with phoney documentation because they wanted it to be true. The media, for the most part, ignored hundreds of accounts of Veterans contradicting John Kerry's military record. The only evidence on Bush was one old veteran's account on having not remembered seeing Bush there. Kerry never allowed his military record to be made public. Bush did. The story of Bush's reserve service was investigated and reported on during both of his campaigns. Truth was not the goal. A political agenda was.

The truth in this world is often blinded by politics and money, and like everything else, is hardly a new concept. In the early 1970's, Clifford Irving claimed to be writing an autobiography with Howard Hughes. So eager to get an exclusive on the very private billionaire, a major publishing house bought his story and paid him plenty of money even though they never had direct contact with the elusive Hughes. The Hoax plays out like a bit of a mystery. There is lots of lying and deceit. Money is exchanged and a Swiss bank account used. The one important question it presents, but never answers, is who is worse; he who tells a lie or he who promotes it?

Gere plays Irving with all of his charm and false fronts. It is Gere's stock character. His smile and mannerisms could talk the panties off a nun. When they make a Bill Clinton biography , and you just know it is in the works somewhere, Richard Gere should gain a few pounds and play the part.

The rest of the cast is good as well. As Irving's assistant, Molina nearly blows their story on more than one occasion. Harden is great as Irving's wife. She alone gives this movie most of it's 70's look. Delpy is sexy in a small role as real life actress Nina Van Pallandt. Worth noting is that Gere co-starred with the real Pallandt in his break out movie American Gigolo in 1980.

The end of The Hoax suggests that a hoax was played on Irving that indirectly helped the take down of a president. This movie is based on the book written by Irving. Unless your getting paid, or agree with his politics, I would take everything about this movie with a huge grain of salt.