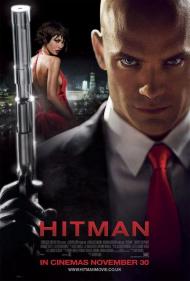 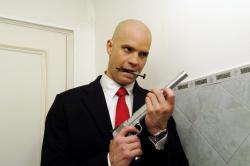 Hitman, in short, is about an assassin running around eastern Europe with a hot accented chick, killing a bunch of people along the way. It was done better in the Jason Bourne movies. Only in Hitman, the main character is better dressed. He prefers suits and ties to casual khaki, but hasn't someone with a code name of 007 already done the suit and gun routine?

Hitman makes all of the stops on the assassin/spy genre train. There is plenty of action and intrigue, but nothing that has not already been done before. The main character is never given a name until the end of the movie when he tells a Russian prostitute that his only name is a number, 47. Where as the plot, assassination and betrayal, is nothing new, Agent 47 could be if only the writers had spent more time on him and less on the secondary characters who seem more like filler than plot development.

Agent 47 was trained since he was a child to fight, shoot and kill. The movie hints that he is emotionally closed off, as any good assassin would have to be. Early in the movie he looks briefly at an article about men and women's relationship. He turns down all of the prostitutes sexual advances, and sometimes she is very insistent. Here is a man that kills on order or whenever he needs to survive. However, he seems to have little to no knowledge of how to talk to or treat a woman, let alone have sex with one. The movie could have expanded on that angle and made Agent 47 a much more entertaining character. He fights hordes of men and kills on instinct but has no clue what to do with a naked woman. The movie misses plenty of opportunity for laughs and some depth into his character. By the end of the movie Agent 47 has developed some feelings for the prostitute but other than her naked tits and a tattoo, there is never a reason given for it.

The movie spends plenty of time with the secondary characters. There is an Interpol agent and his assistant. There is the dubious Russian President. There is the head of the Russian secret service. All have plenty of scenes that do not feature Agent 47. I thought the movie was about him? Much of the scenes featuring the lesser characters should have been cut leaving more time for Agent 47 to try to come to grips with his feelings of attraction to the naked girl walking around his hotel room. 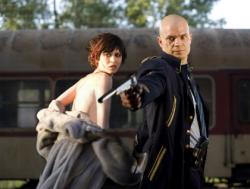 Eric, I completely agree with you on this one. The only unique thing about this movie is Agent 47 and not enough time is spent on him. The video game, upon which this movie is based, features much more of this character than the movie does. And when a video game has more character development than a movie, you know something is horribly wrong.

The movie also shares a rather amusing problem from the games; that of having the main character be a tall bald man in a striking black suit with a bright red tie and a bar code tattooed on the back of his head. Despite this look, the character is able to blend into crowds and avoid detection. Although this movie avoids the ridiculous moment of the original game when this distinctive Caucasian is able to pass himself off as a Chinese man simply by changing his clothes.

The relationship between Agent 47 and Nika is tenuous at best. After he kidnaps her, she quite suddenly decides that she wants to sleep with him and he seems to develop feelings for her that go beyond the mere superficial. Her nude scenes, while not unwelcome, also seem out of place with the tone of the movie.

This was one of the few video games I can think of that had a chance of turning out to be a good movie. The reason for that is that the best thing about the game is the lead character. He is iconic and a good movie could easily be made about him. Only this isn't that movie. 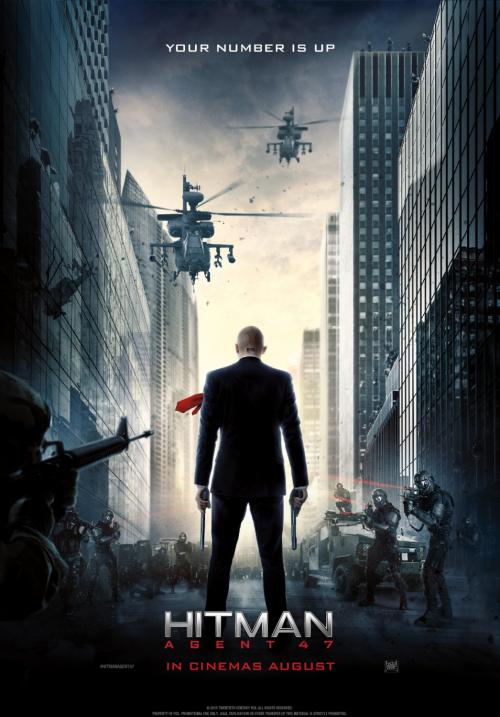