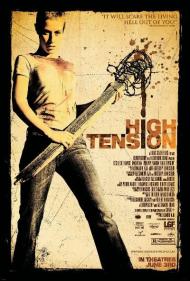 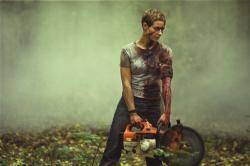 This is one of the most intense horror movies I've seen in some time. This French release is a great slasher movie. Plot wise it's a cross between The Texas Chainsaw Massacre and Fight Club.

A young female college student goes for a visit to her friend's remote family farm house. That night a stranger shows up at the door and immediately begins slaughtering everyone in the house. The father is the first to die in one of the most gruesome death scenes I've ever been witness to. After stabbing him, the killer pushes the father's head through the banisters on the stairway. Then pushes a heavy wooden table sideways along the stairs and decapitates the father, complete with fountains of spurting blood.

The killer then finishes off the friend's mother and younger brother, before tying up the friend and taking her away in his truck. The visiting girl meanwhile witnessess all the carnage, but manages to avoid the killer. She calms her hysterics and bravely sets out after her friend.

This movie is paced brilliantly. After the first 20 minutes or so there is very little dialogue, just high tension of the finest order. The last hour of the movie is nonstop action and horrifying suspense.

Then with about 15 minutes left the movie veers off into left field. I won't give away the ending but it is a big enough twist that it will either make or break the movie for you. I loved it. It stretches logic quite a bit but it just makes the whole thing more twisted, which is what any good horror movie should be. 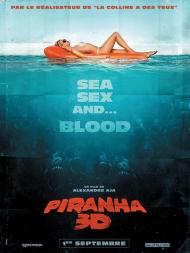