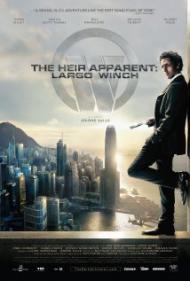 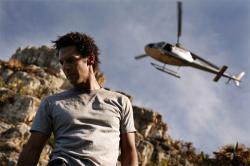 Largo Winch is a popular European action hero. He started in novels before moving to comic books as well as a brief television series. Serge Silberman bought the film rights in the late 80s with the idea of making an action movie franchise in the vein of James Bond's. He died before he could film it. Twenty years later, Jerome Salle acquired the rights and Largo Winch fans finally saw their hero on the big screen

Largo is the secretly adopted son of Billionaire Nerio Winch, who is killed in the film’s opening scene. Through flash backs we see Nerio’s and Largo’s history. Nerio placed Largo in the care of some old salt of the earth friends, where he spent most of his childhood. Nerio was then sent to private Swiss schools, where Largo became well educated. The idea being that he would one day inherit and take over Nerio’s vast corporation and fortune.

When we first meet Largo, he is a free spirited man of travel. The world is his playground. However, he lives very low key, traveling the world like some college student on summer vacation instead of a jet setter. He looks slightly unkept and dresses very casual. No one who meets him would guess he is the son of one of the world’s wealthiest men. After pissing off some South American police by a saving a girl, he is imprisoned for three years. Upon his escape, he learns of his father’s death.

He is not the only one to be surprised. His father’s corporate board of directors had no idea Nerio had an heir. Another large corporation attempts a takeover, causing the board to begin arguing over what to do. Largo meanwhile learns his father was killed. What follows is an action packed film that takes place in several exotic locales around the world. Largo has no idea who to trust and the body count starts to grow.

Largo Winch is played by French comedian Tomer Sisley, who had a surprising career boost as an action star. In 2011 he starred in the brilliant father/son action piece Sleepless Night, as well as the Largo Winch sequel The Burma Conspiracy (2011). Largo Winch distinguishes himself from other movie action heroes by his looks. His hair is a bit long. He often has a beard and does not shave his body hair. Sisley is fluent in several languages and demonstrates that fact here.

Although the cast is mostly European, many have appeared in hit films shown in The United States. Sisley may be recognized by movie fans by his role as a drug manufacturer in We’re the Millers (2013). Melanie Theirry was in Babylon A.D. (2008). The cast member Americans may know best is Kristin Scott Thomas, who has spent much of the last decade working in Europe.

Tom Sisley has quickly become one of my favorite action stars and Largo Winch is an intriguing character. Largo is reminiscent of James Bond in that he travels the world first class, beds beautiful women and constantly finds himself in danger. Unlike Bond, Winch is completely comfortable in rural situations as well as exclusive clubs. I look forward to Largo Winch's next adventure. 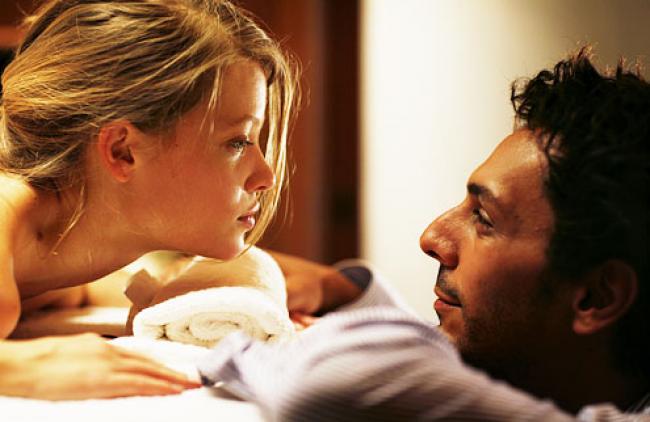 Eric was far more impressed than I by this film and Tom Sisley as a performer. I found it simply to be a mildly entertaining male fantasy of the pulp variety.

The story is based on the first two comic books in the series and like many comic books turned into films, it plays out like an origin story. It also seems to be deliberately reminiscent of the King Arthur story. In this case, Largo's father isn't a king, but instead a billionaire businessman, but Largo, like Arthur, is raised by a trusty vassal, only learning of his true destiny when he gets a little older. Here, Largo's father does double duty as the Merlin character as well, educating Largo in the ways of the world. And finally, like Arthur, Largo must claim his inheritance and financial kingdom by proving he's the rightful heir. Only instead of pulling a sword out of a stone, he has to pull some stock shares out of a safe.

Although some films based on comic books have become quite sophisticated, this movie is as basic as they come. It's all pure wish fulfillment. The hero is young, good looking, rich beyond the dreams of avarice, without any responsibility, able to outthink and outfight all of his opponents, and able to bed every good looking woman who appears. While this makes a nice fantasy, it makes a dull movie. Largo leads such a charmed life that I never felt any tension. Although he suffers a minor setback at one point, it's obvious he's always going to win at everything he does in this world. He's so good at everything, I started to want him to fail at something.

I also found Largo to be a little annoyingly smug. When his father's aide comes to bail him out of jail, Largo can't just leave with him after the aide has bribed the warden. He has to smash up the place a bit and escape on his own. It's a contrived way of trying to show how badass Largo is and shoehorn in a little action. Considering Eric's description of this movie as "action packed", I expected there to be more of it.

The tension in the film centers around who will take over the Winch financial group. Obviously someone inside the group is a traitor, only it's obvious from the beginning who it will be. First rule in movie mystery, always suspect the big name star in the seemingly small role. And this villain, who seems to be intelligent, makes two such stupid mistakes it's almost laughable. First, they allow themselves to be filmed admitting to murder, without ever noticing the person they're talking to is filming the whole thing on their phone. And later one of Largo's allies, pretending to switch sides, literally asks, "Send me a detailed description of your plan so I can take a look at it." and so the villain sends him an email filled with incriminating evidence.

I don't know if future stories of Largo continue the similarities with the Arthur legend. I can't imagine they would have Largo get married and have his wife cheat on him like Guinevere. That would be a weakness, something Largo doesn't seem to have.