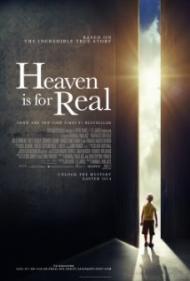 Greg Kinnear and Connor Corum in Heaven is for Real

Heaven is for Real can be viewed from two different perspectives. You can either watch this film, believing all that happens within the content of the story is true or that it is all from someone’s imagination, be it the child’s or his fathers who wrote the book that this is based on. Neither one will however, make this film any better than it actually is.

I am a skeptic, as I believe most people tend to be. I just want things to be proven. This is not a confession of my lack of faith so much as it is my desire to just have a life that makes sense. This film presents the dilemma of how do you make sense out of the unexplainable?

Todd Burpo is a minister in a small Nebraska town. He is married with two children. One day his four year old son, Colton, is rushed into surgery. Todd’s church members put out the word and they all pray for Colton. He comes through it fine, and soon begins telling of how he experienced things during the surgery. He says he was greeted by Jesus and met deceased relatives that he never knew.

Instead of confirming Todd’s faith, it causes him to question it. He goes to see a psychiatrist and tells her, “I have a son. He went to heaven and came back.” He tells her what his son claimed to have seen and she responds that we see what we believe. A Muslim would see Allah, a Buddhist would see Buddha.

Colton seems to know things that he could not possibly be aware of unless his stories are true. Those are the best parts of the story. Hearing Colton shock his parents with emotional secrets are the dramatic high light of the film. However, they are few and far between.

Todd and his wife are dealing with many problems. They have serious financial debt. Todd has some painful stones to pass. Most importantly, Todd begins questioning his faith. He has no idea what to make of Colton’s experience. He starts to avoid preaching and his congregation thinks of replacing him.

What Todd, of course, eventually discovers is that Colton’s experience is about faith and hope. If you believe in God and Heaven then Colton’s story may comfort you as it eventually does his parents. He met people in heaven that were important to his parents and his message to them makes them both feel better.

His message to his mother had an effect on me and my wife. In heaven Colton met his sister, who died in utero years before he was born, but he meets her at the age she would have been had she lived. As my wife had three miscarriages before our first child was born, we found a level of comfort in the idea that we created three children that may very well exist in heaven.

At best, you too may find some comfort in Heaven is for Real or you may just find Colton’s experience to be fascinating. At worst, you may be bored out of your mind. This film moves at a snail’s pace and runs a tad too long. It has some nice things to say but it could have been presented in a much more entertaining manner. 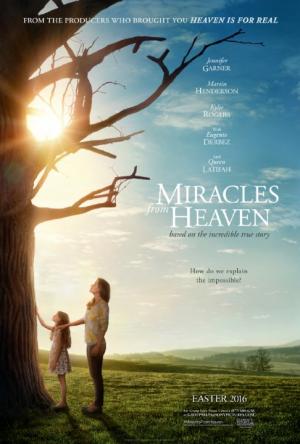