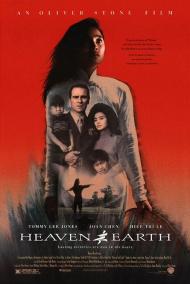 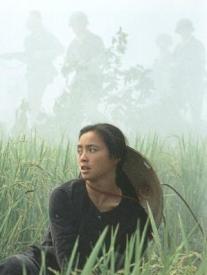 Heaven & Earth completes Oliver Stone’s trilogy of Vietnam War movies. Platoon was an intimate account of the action from the front lines; Born on the Fourth of July dealt mainly with the aftermath of the conflict. Heaven & Earth gives us the perspective of a young Vietnamese, Buddhist woman’s struggle for survival before, during and after the war. It was based on a true story as taken from the memoirs of Le Ly Hayslip.

The story begins when Le Ly is a little girl in 1953. Once again soldiers come to her village. Her father tells her that this has happened many times before. Chinese, Japanese and French soldiers have all brought violence to their tiny village. The action then jumps ahead ten years. Le Ly’s brothers are forced to join the Viet Cong army. Next Le Ly goes through a series of horrific events including being raped, beaten and tortured as she is caught between the VC rebels and the new Vietnamese government being supported by the United States.

The second half of the movie introduces Tommy Lee Jones as Steve Butler an American marine. He falls in love with Le Ly, they marry, have a child and, after the war, relocate to the states together. They move in with his mother (played by Hollywood icon Debbie Reynolds) and sister near San Diego, California. Le Ly is amazed at the abundance of food available here. We see through her eyes as she goes to a grocery store for the first time, wandering wide-eyed down the aisles as if she has gone to heaven. I won’t give away how the story concludes but I will say that it is both tragic and inspiring.

I find it curious that Heaven & Earth failed to garner a single Oscar nomination. The cinematography is breathtaking. It was shot in Vietnam and Thailand. The scenes set in Le Ly’s rural village, with the mist rising off the tropical foliage and the dark green mountains rising in the background, creates a spectacular vista. The acting is also very good. Hiep Thi Le gives an absolutely gut wrenching performance as Le Ly. She is in nearly every scene and makes like a Vietnamese Scarlet O’Hara surviving men, the elements and whatever hell war brings her way. It is a travesty that Heaven & Earth was overlooked by the Academy in these two categories.

Heaven & Earth offers something rare from Hollywood. A movie set during an American war that is told from the point of view of the civilian population of the country where the war is being fought. The fact that this is based on a true story makes it that much more powerful. As Le Ly’s mother pithily explains, “If war produces one thing, it is many cemeteries. And in cemeteries, there are no enemies.” 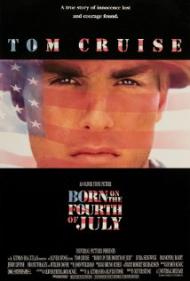