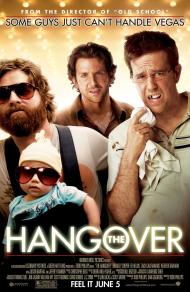 Brother, can you spare a groom?

Everyone should have at least one wild night in their life where they let go and even get into a little trouble. Life is so filled with responsibilities and concerns that sometimes you just need to let go, and what better excuse to party is there than a best friend getting married, knowing that the rest of his life will now contain even more burdens for him to carry. In The Hangover, four men go to Las Vegas as a bachelor party for one of them that is getting married in two days. Their goal is just to have fun, and do they ever succeed!

The four men start by having a shot to drink on the roof of their deluxe hotel, and then they wake up the next morning with a live tiger and someone’s baby in their room. One guy is missing a tooth, and is now married to a hooker. The big news is that the groom is nowhere in sight. Thus starts a trek around Vegas to look for their friend and try to discover what all happened the night before.

They run into Mike Tyson. They have to deal with some Asian gangsters. In one of my favorite segments of the movie, they get arrested for stealing a police car, and must negotiate their release by volunteering to help demonstrate a tazer. The scene features The Dailey Shows funniest correspondent, Robb Riggle.

The Hangover was directed by Todd Phillips, who also did Old School. In that film, a bunch of thirty some-things seemed rather pathetic as they yearned to be young and carefree, able to do stupid stuff, usually involving alcohol, without repercussions. The middle aged men in The Hangover do not have that sad air of desperation about them. They are simply taking a day out of their lives to go blow off some steam with a friend. Phil is getting away from his job. Stu is getting away from his annoying girlfriend. They all know real life is waiting for them.

The cast is filled with "B" actors who each get a moment to shine. I love Cooper at the beginning of the movie when he scams money out of his students, and then blows them off as he is racing out the door. Galifianakis as Alan is the most off the wall character. Right in the middle of searching for Doug he suddenly asks about Haley’s Comet. His wolf pack speech is hilarious as well as heart felt. Stu is the character with the biggest story arc, and could have easily been played as a whiney schmuck, but Helms keeps him realistic and thus sympathetic. Bartha stole every scene he appeared in the National Treasure movies from star Nicholas Cage. Here his role is less than everyone else as he is missing most of the movie, but he easily has the best chance of breaking out into bigger roles.

The Hangover is sometimes crude and a little offensive. Sure it has some nudity and some swearing, but it also has plenty of fun, and does what movies are supposed to do, provide entertainment. Go see The Hangover, and enjoy a break from your responsibilities.

Now remember, what happens in Vegas stays, in Vegas... Except herpes, that shit will come back with you.

The Hangover is one of those movies that got such good reviews (including yours Eric) that it seemed to good to be true. Sometimes the movie snob in me rears its ugly head and I think that anything that popular can't be that good, but I gladly confess my error here. This movie is very funny and well worthy of the praise it has received.

Eric, you mention that the characters in this movie go to Vegas just to have fun and that's really the point of the whole movie; to have fun. It's not trying to be anything other than a funny and fun movie. Sure, Stu has some character development, but he's the only one and it's hardly deep or meaningful. This is the kind of movie you should watch when you just want to laugh.

Galifianakis is easily the funniest as Alan, or Fat Jesus as he is called at one point. "I didn't know they gave out rings during the Holocaust," is one of his gems. He also causes some uncomfortable laughs when he mentions that he's not supposed to be that close to a school and when he makes some inappropriate hand gestures with the baby.

Although this movie has some things in common with the Frat Boy humor of Judd Apatow, I found this one to be better and I think it's in part because what you mention Eric. These aren't some man-boys who refuse to grow up like practically every male character is in Apatow's films. These are grown men with responsibilities who have let their hair down for a couple of days. I also found it refreshing to see new faces in these parts. I love Will Ferrell, Paul Rudd and Vince Vaughn, but it's nice to see different actors in a comedy for a change.

Like you said Eric, this movie is pure entertainment.

Ken Jeong cracks me up as Mr. Chow.

Hangover may have borrowed its basic premise from Dude, Where’s My Car? (guys waking up without any memory of the previous night and then going on a quest together) but it is a vastly superior movie. It is funny as hell, has likable characters and the plot never gets too far beyond the point of believability. Their weekend in Vegas may be somewhat exaggerated but it is not entirely implausible.

Phil, Stu and Alan are three very different guys who, through their search for Doug, form a bond. Underneath the silliness the developing relationship between these three gives the movie realness and heart. They may not hang out together much after this weekend but they will always have the adventure in common. Stu was definitely my favorite character, especially his big scene telling off his overbearing girlfriend.

As my brothers mentioned, Alan gets the funniest (not to mention most off the wall) lines like when he says his grandfather died during WWII and then when asked if it was in battle he says, “No, he was skiing in Vermont, it was just during WWII.” Still the absolute funniest guy in the movie is Ken Jeong as Mr. Chow the flamboyant Asian gangster. He is a completely offensive stereotype of both gays and Asians and yet everything he says cracks me up. “Toodooloo, mother fuckers!”

This movie entertains from start to finish. In fact I laughed the hardest at the pictures during the end credits where we - as well as they - finally see just exactly what happened during their “lost” night in Vegas. Hangover is not only a modern comedy classic but it also proves that Mike Tyson can be intentionally funny. 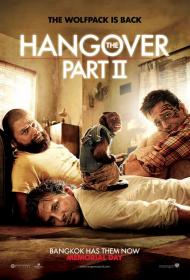 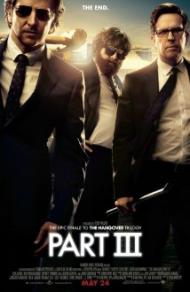