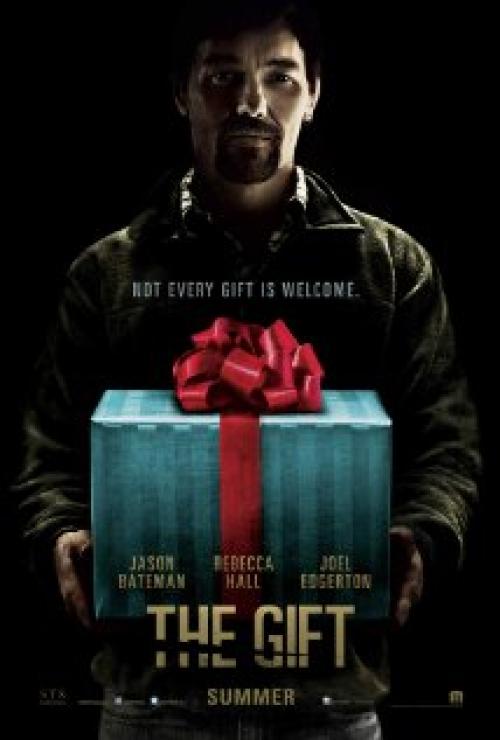 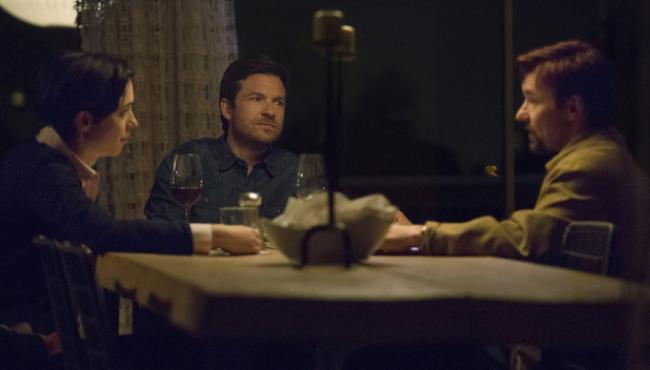 Rebecca Hall, Jason Bateman, and Joel Edgerton in The Gift.

The Gift marks the directorial debut of Joel Edgerton, one of the films' stars, who also wrote the script. It's an entertaining thriller with plenty of twists that will keep you wondering how it will end right up to the closing credits.

Jason Bateman and Rebecca Hall star as Simon and Robyn, a married couple, who, when the film opens, are moving to Los Angeles, near the area where Simon grew up. As they're settling into their home in the Hollywood hills, they run into Gordo, an old classmate of Simon's. Socially awkward, Gordo worms his way into the couple's life, leaving gifts on their doorstep and showing up unexpectedly at their house. While Robyn is sympathetic toward him, Simon resents his presence and eventually and abruptly ends the burgeoning relationship, which begins a darker turn of affairs as the past is dredged up and secrets are revealed.

Edgerton smartly unwraps the story, peeling back layer after layer as the story progresses. Each of the three main characters are shown to have a dark side, or at least a dark past. There are plenty of shades of grey to the characters. Many scenes are shot in shadow or half-light, matching the look of the film to the tone of the story. Who is the villain and who is the victim changes over the course of the film and by the end you're left to wonder if anyone can truly be described as the good guy.

The pace of the story is slow, but deliberately so and it helps build the tension. The longer, quiet scenes magnify the film's more tense moments. There are several jump out of your seat instances. Perhaps the film's most refreshing asset is its ability to keep you guessing how it will all end.

Although Bateman gets top billing, it is Hall who gets the most screentime. Although she is the innocent bystander in the film, even she is not without her darker past and Hall plays the part well. Bateman, who is more often seen in comedies, does a great job playing against type. And Edgerton is appropriately creepy as Gordo, keeping you wondering just how off-kilter he really is.

In an era where every weekend seems to see the release of another superhero movie, it's nice to see that Hollywood is still capable of setting a movie in the real world. Or at least in a world where everything that happens in it is actually possible. Maybe it's because it was written and directed by an actor that the actors are the stars and not the special effects, something that is becoming rarer, especially in the summer. With this as his debut, I have no doubt that this won't be the only film Edgerton ever directs. 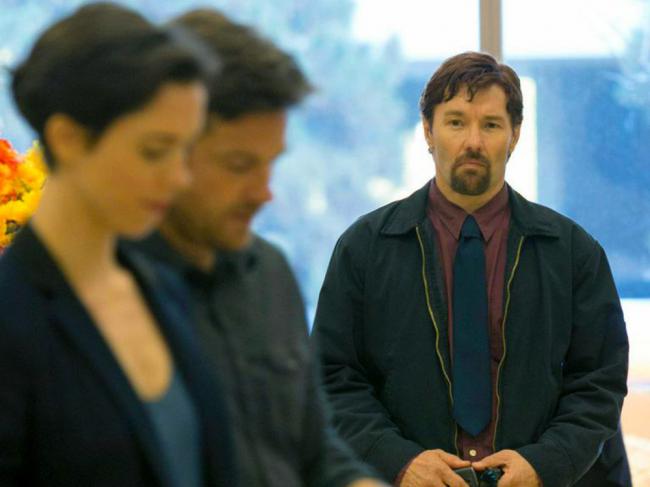 Rebecca Hall, Jason Bateman and Joel Edgerton in The Gift.

Joel Edgerton makes an impressive debut as writer/director with The Gift and I truly hope he directs more movies. He's gifted audiences with a smart, adult, psychological thriller that borrows from other suspenseful movies even as it stands on its own as an original work of art. Like Scott wrote, this mystery unfolds slowly. Scene by scene we learn more of the truth and our opinions of the three main characters must adjust accordingly. The script is taut, the direction and cinematography gloriously old-fashioned.

Above all it was refreshing seeing a movie that, again as my brother mentioned, never loses plausibility. In fact, for a psychological thriller it's rather on the low key side – but I mean that as a compliment. The Gift isn't cinematic fast-food, it's meant to be savored. It proves that even staying completely within the limits of the real world (or as real as any movie world can be), it is still possible to produce a strong sense of danger and tension.

Gordo is a memorable character. He doesn't get all that much screen time but his presence permeates every scene in the movie. Scott's right that the script keeps us guessing as to just how nutty this oddball is, what his true motives are, or exactly what he's capable of. This creates suspense that is helped along by the few well-done jump-out-of-your-seat moments my brother mentioned.

The cast is excellent. I'm assuming Edgerton wrote the part of Gordo for himself and he nails it. His whipped puppy-dog personality makes you feel sorry for him even as his passive aggressive behavior makes you leery. His exit at the end is classic. Hall, as Robyn, is the emotional center around which the two male's circle. Although flawed, she is certainly the easiest character to empathize with. Bateman continues to prove he's one of the most truly talented movie stars of this era. The least said about the character Simon the better. Instead I'll just quote the movie. While discussing Gordo's nickname, Simon and Robyn have the following exchange.

Simon: Back then, everybody had a name. I had a name: Simple Simon.

Joel Edgerton has a promising future as a filmmaker. And anyone seeking an adult alternative to all the adolescent summer popcorn fare, should give themselves the present of The Gift. 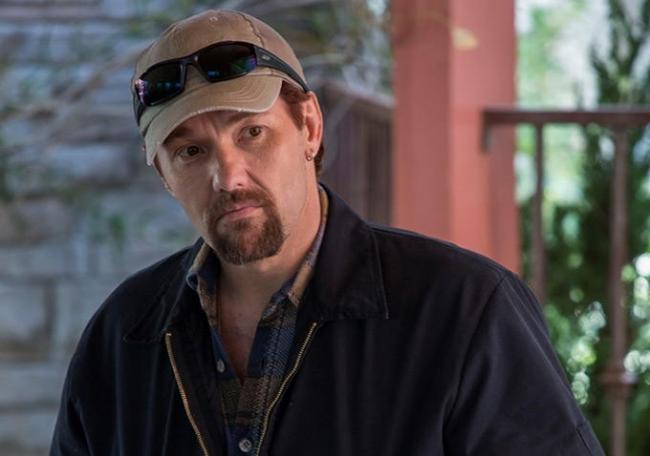 Joel Edgerton in The Gift

I saw a recent interview with Joel Edgerton, where he said that he grew up watching Alfred Hitchcock films. He stated that thrillers are his favorite kind of movie to watch and it shows here. As my brothers wrote, he delivers a solid movie going experience. His script gives little clues and hints of all the underlying fear and anxiety the three main characters are desperately trying to hide. He feeds us just enough information to keep us interested and wanting to know more.

I agree with my brothers that one of The Gift's greatest strengths is how well the three main characters were written. All three begin the film quite likable. When we first meet Gordo he is a sympathetic loser. Simon is a man on the move, bucking for a promotion. He and his wife Robyn are trying to have a child. Then we discover that they each have a past that is still affecting who they presently are.

The drama stems from how each deals with their, and each other’s, past. As Edgerton states in the film, “Just because you're done with the past does not mean the past is done with you.” How far is each person willing to go to reason with it? Gordo, Simon and Robyn become more and more flawed as the film goes on. Secrets get revealed and, as Scott noted, your opinion of each character will likely change over the course of the film.

Although Gordo has the least screen time of the three, he is who you will remember the most. He can be considered both the protagonist and the antagonist at different points in the film. His exit, that Patrick justifiably considered, “classic” is a simple but very pointed gesture.

Joel Edgerton is definitely capable in the thriller genre. He should go for it and direct a Hitchcock classic. I would love to see a remake of Rear Window. Considering the limited cast and the intimate setting, I think Edgerton could successfully pull it off.