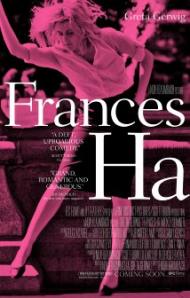 To be honest, I was a little leery of this film. I very much enjoyed writer/director Noah Baumbach's The Squid and the Whale, but didn't care much for his follow-up, Margot at the Wedding. Knowing that he was the director and co-writer (the other writer is the film's star Greta Gerwig) of this film and that it was shot in black and white, had me convinced of its pretentiousness. I was delightfully surprised by how much I ended up enjoying it. It's a well acted, coming-of-age story told deftly and entertainingly. It also has one of the most satisfying endings of any film that I've seen in a long time.

The plot is very simple. It's really more of a series of vignettes in one woman's life. Gerwig stars as Frances, a directionless 27 year old woman living in Brooklyn with her best friend Sophie. Frances is an apprentice dancer with a dance troupe, but it's not going anywhere. She's very self-involved, the way people are in their 20s, and is at times difficult to like because of this. When Sophie moves out, Frances is at even more of a loose end, unable to afford the rent on their apartment she ends up staying with several different people in their spare rooms. We follow her as she flies home to her parent's house for Christmas and on a fruitless and uneventful trip to Paris. Without anything overly dramatic happening we witness Frances's transformation into a grown-up. She still doesn't have it completely together by film's end, but you can see that she is going to be okay.

Gerwig is very good in the lead and it's a shame that her name hasn't featured more prominently in Award talk. She's a flighty girl who often speaks without thinking and when she does, often puts her foot in her mouth. Her self-involvement is extreme, as best epitomized by her trip to Paris where you can see her feeling sorry for herself, walking morosely past the beautiful sights of Paris without ever looking up. When she's first presented she comes across rather annoying and it may take you some time to warm up to her. By the end though, I was surprised by how warming I found the final scene, which was mostly down to her performance. She also carries the entire film, appearing in every scene.

There are shades of Woody Allen to the film although it's not as outright funny as most of Allen's films. Still, you can't help but compare it to his work when you see self-involved New Yorkers doing lots of talking in a black and white film. Also unlike Allen, is the fact that this isn't a love story between a man and a woman. However, it is a love story in another way. It's a platonic love story between Frances and Sophie. Their friendship, which goes through trials and tribulations, is one of the central themes running through the story.

I'm almost hesitant to rave too much about this film because like all movies that I love, I want my brothers to give it a good review as well. If I praise it too much, I worry that I will raise their expectations to the point that they will be disappointed no matter how much they enjoy it. However, this is one of those movies I can't hold back about. You can add it to my list of the best films of 2013. 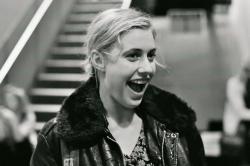 This low key dramedy really captures the way a certain segment of modern young New Yorkers talk and behave. I would call them hipsters but that term is now considered outdated and quaint. It is a world of mostly affluent, mostly white, 20-somethings who view life with a perpetual sense of irony. The script by Baumbach and Gerwig is filled with smart/quotable dialogue that gives the story its Woody Allen-esque quality, although, as Scott wrote, it doesn't utilize humor via one-liners in the way Allen does. The B&W photography is certainly reminiscent of his classic film Manhattan.

Frances is an endearing character even though I agree that she is at times exasperating. She is a young woman on the cusp of not being young any more. Her age is mentioned several times by younger friends and acquaintances. She has yet to find herself and over the course of the movie spends a few nomadic months doing so. Greta Gerwig gives a sensitive portrayal that shows she not only understands the character from the inside but she's also able to step back and view Frances as the rest of the world sees her.

There are some funny moments, such as when Frances runs in to an ex-roommate and his date on the street. She tells them about her upcoming trip to France and that she may read Proust while in Paris because, “Sometimes it's good to do what you're supposed to do when you're supposed to do it.” The ex-roommate's date comments that Proust is pretty heavy and Frances agrees, but it turns out the date was (ironically) being literal and was referring to the weight of the book itself.

As Scott said, the friendship between Frances and Sophie is at the heart of the movie. Young adulthood (before marriage and/or child rearing take over) is the last time best friends ever play such an important role in our lives. Frances and Sophie exemplify this in the way they understand each other as nobody else does. Sophie is transitioning into family mode, however, and they drift apart, only to reconnect later. They will always be close but you get the feeling that the night they spend together in the dorm room of their old college marks the end of an era in their relationship.

The journey back to her alma mater represents the end of Frances' adolescence. She emerges as a fully fledged adult who readily accepts the responsibilities that entails. The beauty of the ending is that she doesn't give up on her dreams in the process. I agree with my brother that the conclusion is very satisfying and it also explains the title of the movie with a nice little sight gag.

Frances Ha isn't perfect. There's a scene where Sophie visits Frances in her new place. After looking around she says, “It's just this apartment is very... aware of itself.” The same can be said of this movie, although it's done in such a way that you know that it's aware that it's being self-aware. If you know what I mean.

Patrick is fond of reminding me that people mature at different rates and Frances Ha is a great example of just that. In fact, it is the entire point of the film. Sophie is engaged and the men Frances stays with have careers. Frances is meanwhile utterly aimless. One scene even has Gerwig deliver this line, “I’m sorry. I am not a real person yet.”

As my brothers wrote, many of us go through a period between living in our parent’s home and settling into a career or marriage. These years, whether spent in college, the military or bouncing through part time jobs are usually spent with friends and lovers. It is an important growing period that can define the rest of your life.

All the people around Frances seem to be moving on with their lives while she is still in the moment. Frances has not planned for the fact that her living arrangement with Sophie was never intended to be permanent. She likewise has no backup plan if her dancing does not pan out.

When she stays with the two guys, she never picks up on the fact that the one likes her. He always runs in and jumps on her bed when she is there. He tries to impress her with his latest writing project. He even goes so far as to tell her that the third roommate has said that she and he will end up married. His hints fall on deaf ears.

Frances visiting her old college does not represent the end of her adolescence; it shows that she has not been one for a long time. The point there is that you cannot go back. Look at the scene where she is standing next to the college girl. It is painfully clear that Frances has missed her train.

She pays for the trip to Paris via a credit card, which is a clear sign of someone not planning for the future. At another point, she gets dropped from the dance group but is offered a receptionist job. Frances balks as that idea is not her dream.

I was not so much entertained by Frances Ha as I was fascinated by watching this late bloomer finally grow up. 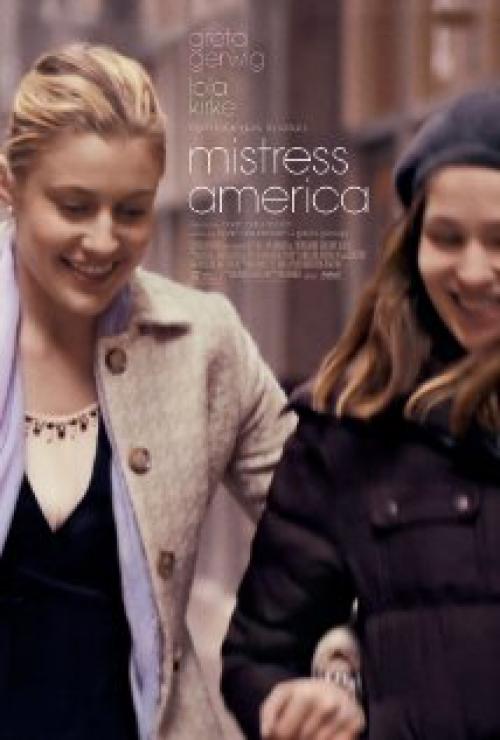