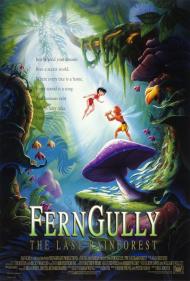 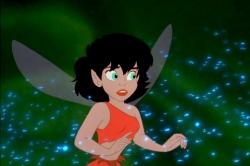 Saving the Earth's natural environment is a just and noble cause. Often, Hollywood uses it as a theme, such as in the, "oops" man nearly destroyed itself movie,The Day After Tomorrow. I prefer a movie with a less paranoid environmental message, such as Fern Gully: The Last Rainforest. It teaches and entertains while maintaining a positive attitude.

Zak is s rookie logger working for a company chopping down trees in a rainforest. He and two coworkers cut down a tree that inadvertently releases an evil force, Hexxus. Hexxus was trapped in the tree years ago by a tribe of little fairies, think Tinkerbell. He immediately takes over the tree-cutting machine and heads it straight for FernGully, where the fairies live, to get revenge.

Zak, in the meantime, has been accidentally shrunk by one of the fairies, Crysta. She is practicing to be the tribe's new spiritual leader. She and Zak head to FernGully to see if Zack can be turned back to normal. They, of course, develop some feelings for each other along the way.

Once in FernGully, a scatterbrained bat -- Robin Williams doing his best voice over work next to Genie from Aladdin -- joins the fairies. Batty has recently escaped from a laboratory where experiments had been done on him. Together they all do battle with the evil Hexxus and teach some environmental awareness along the way.

FernGully has it all, adventure, action, humor and songs. The songs -- some sung by characters during the movie and some played as background -- are adequate. The two standouts are Robin William's hilarious "Batty Rap", and Sheena Easton singing one of the best ballads ever, "A Dream Worth Keeping."

FernGully has some amazing animation that helps illustrate the beauty of nature that we should all respect. An entertaining film with a positive proactive message.

Eric is right (although I am a bit surprised that he has such positive things to say about a movie with such an obvious environmental agenda), FernGully: The Last Rainforest is a fast-paced little gem of a cartoon. It delivers nice animation, jokes, songs and a message all in an hour and a quarter.

The songs are performed by a wide variety of artists in an equally wide variety of styles. Here are a few besides the ones Eric mentioned. Tone Loc performs a hip hop inspired song as a lizard, "If I'm Gonna Eat Somebody (It Might As Well Be You)", Tim Curry does a blues number called “Toxic Love” and the king of animated songs, Elton John, shows up during the end credits with a pop ditty titled “Some Other World”.

“Yo, the name is Batty / The logic is erratic / Potato in a jacket / Toys in the attic / I rock and I ramble / My brain is scrambled / Rap like an animal, but I'm a mammal / I been brain-fried, electrified, infected and injectified / Vivisectified and fed pesticides / My face is all cut up / Cause my radar's all shut up / Nurse, I need a check-up from the neck up / I'm Batty!?”

Yes, Robin Williams steals the entire movie, providing at least 75 percent of the laughs. No one can spit out a stream of schizophrenic one-liners and impressions like he can. In one scene he goes from a British accent, “Hail, Caesar! Emperor of Rome!” - to John Wayne, “Well all right, Gunny! We're goin' to war!” - to Bette Davis, “Fasten your seatbelts, it’s going to be a bumpy night.” - to Star Wars, “We’re going in full throttle, that ought to keep those Rebel Fighters off our tail.” without missing a beat. Whew!

He makes this delightful children’s movie entertaining for adults as well. 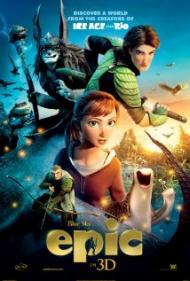 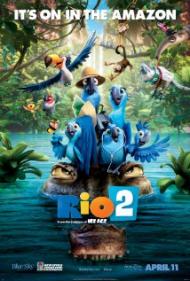