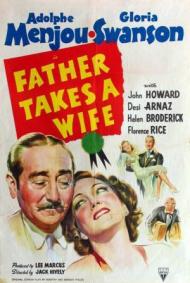 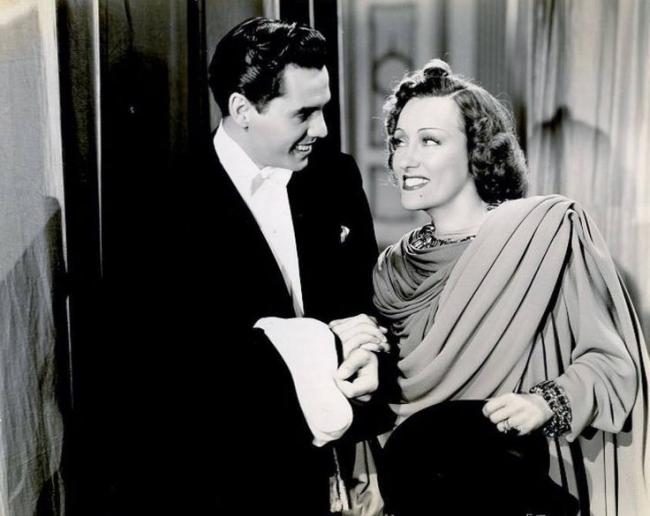 Desi Arnaz and Gloria Swanson in Father Takes a Wife.

Unlike the majority of silent movie stars, Gloria Swanson segued into the talkies effortlessly. She received a Best Actress Oscar nomination for her first sound role (The Trespasser) and even sang successfully in several of her movies. Nevertheless, she abruptly quit Hollywood in 1934 and would appear in only a handful of movies during the remainder of her long life. Father Takes a Wife was the only movie she made between 1934 and 1950, when she played her most famous role of Norma Desmond in Sunset Boulevard.

With an original screenplay by Dorothy and Herbert Fields, Father Takes a Wife is a sophisticated but silly drawing room comedy with Swanson playing celebrated stage actress Leslie Collier. She marries eccentric shipping magnate Freddie Osborne Sr. (Adolphe Menjou) with a stuffy son and daughter-in-law. On their honeymoon cruise they discover a stowaway (Desi Arnaz) on their yacht. He’s a well-known, albeit broke, Spanish language singer with dreams of conquering New York City. Swanson and Menjou “adopt” him and bring him back to the states where he unknowingly brings all kinds of jealous complications to both the Senior and Junior Osborne couples.

Swanson was 42 at the time and looks quite good for a woman her age in 1941. In one scene she does some exercise tumbles on a mat while Menjou works out on a rowing machine. The point of the scene seems to be to show how well preserved these two relics of the silent era were.

The movie isn’t bad it just never rises above the level of mildly amusing. Helen Broderick provides a few chuckles as Swanson’s wise-cracking, man-hungry aunt lusting after Arnaz. Not that I blame her as he was quite a looker 10 years before he would become a world famous icon with his wife Lucille Ball on television’s first great sitcom I Love Lucy.

This movie also made me think of the scene in Sunset Boulevard where Jack Webb is impressed with William Holden’s tuxedo on New Year’s Eve. Holden tells him it belongs to a friend and Webb asks who his friend is, “Adolphe Menjou?” “Close” comes the reply. Close indeed.

Even with the presence of two successful stars such as Gloria Swanson and Desi Arnaz, Father Takes a Wife has long since been relegated to the vaults. It’s sometimes fun to check out these forgotten chestnuts when TCM occasionally dusts them off for a viewing. Every once in a while you can discover an obscure gem. Father Takes a Wife isn’t one of them however.