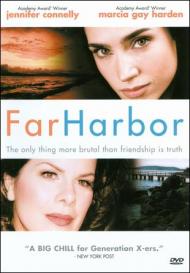 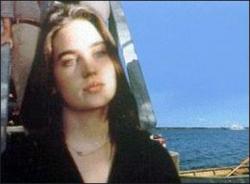 Far Harbor is an independent movie from 1996 that feels more like a student film.  It's badly written, features some bad and amateur acting from several of the leads, and is just generally dull and lifeless.  It would be completely forgotten today, if it weren't for fans of Jennifer Connelly like me who seek it out so that we can say we've seen her entire filmography.

The plot, if you can call it that, is about a group of 7 people who get together at a house on Long Island and talk about things.  They're all related or old friends or are dating one of the family or friends.  They're also all god awful people and watching them in that house together and listening to them talk is bad enough, but if I had to actually be in that house with them, I'd probably want to kill myself.  Despite there being 7 though, the movie really only focuses on three or four of them.  The rest are given very, very brief moments, but we never really learn that much about them.  They're just there to distract from the main characters.

Connelly plays Ellie, the hostess of the gathering.  From the start it's clear that there's something not quite right with her and we soon learn that she's on antidepressents and the others treat her with kid gloves.  Her husband, whose parents own the house they're staying in, is bored with his job with the family business and is looking for something to distract himself with.  Marcia Gay Harden, plays Ellie's sister, who used to have a relationship with another guest, Frick, an actor whose career has taken a nosedive lately.  Those are the main characters, but there are several others, including a gay couple and a doctor and his girlfriend, but as I said their storylines barely register in the film.

The script and and the male actors are so bland that it's actually hard to keep track of who's who in the first twenty minutes or so.  Ellie's husband, the doctor and the gay friend even look somewhat similar and they all talk in the same self-involved pretentious manner.

Edward Atterton deserves to be singled out though as the absolute worst actor of the bunch.  It doesn't help that he's given some horrible drivel to spout, but I'm not sure he could deliver even good lines well.  I did find it ironic that the worst actor amongst the cast is playing an actor in the movie.

The women in the movie do come across better than the men.  Both Connelly and Harden act circles around the rest of the cast.  One scene in particular stands out where Harden's character is arguing with Ellie's husband.  Harden seems so real and relaxed in her role, while the husband is stiff and awkward and could be reading out loud from the script.

For Connelly, this is a transitional role.  Most of her movies before this one required her to simply play the pretty girl, but here, almost for the first time, she gets to stretch a bit as an actress in a serious part.  It's a shame the script isn't better, but she does her best with what she's given, especially in one emotional scene where you learn what's been bothering her and why she's in the condition that she's in.  It's just about the only twist (if you can call it that) in the whole movie, so I won't reveal it here.  You'd think it's because the only people she seems to know are horrible, boring and rude, but it's more than that.

Reportedly the original title for this was Mr. Spielberg's Boat, because a yacht, owned by a famous film director, is anchored in the harbor by the house and plays a big part of the movie.  Wisely though, Mr. Spielberg refused to allow his name to be used.  Perhaps because he read the script.

The blame for this mess must be placed entirely upon writer/director/producer John Huddles.  This was his first movie and clearly he wasn't up to the challenge.  He only ever made one other and if that one was anywhere near as bad as this one, it's easy to see why.