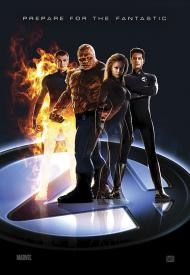 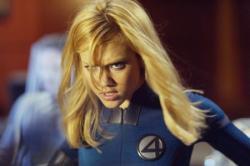 If you put Batman Begins at one end of the comic book adaptation spectrum then Fantastic Four would have to be at the exact opposite end. Where Batman took itself completely seriously, Fantastic Four fluctuates from overwrought melodrama to downright silliness that is impossible to take seriously.

The Four, for those who are unfamiliar with them (and you can be forgiven, for they aren't exactly household names in the way that Spider-man and Batman are), are comprised of brainy scientist Reed Richards, his ex-girlfriend Sue Storm (played by Jessica Alba as the least convincing scientist since Denise Richards played a nuclear physicist in The World is Not Enough), her daredevil brother Johnny Storm, and Reed's down to earth best friend Ben Grimm. Following their bombardment by a cosmic storm while conducting an experiment on a space station, the four are gifted with superhuman powers. Reed can stretch his body into any shape or length imaginable, Sue can turn invisible and create force fields, Johnny becomes a human torch, and Ben is transformed into a creature composed of solid orange rock.

Financing their experiment, and for some completely unexplained reason accompanying the four to the space station, is CEO Victor Von Doom. He too is transformed, gaining great strength and the ability to control electricity. Unlike the four though, who become famous following their return to earth, Victor loses everything and blames Reed and his friends for his loss.

As this movie proves, nothing is more important than solid writing and, unfortunately, this movie doesn't have it. Even the actors seem uncomfortable spouting some of the lines they are given. Some scenes, which I'm assuming were meant to be serious, come off as comedy. Following Ben's transformation, he returns to his home in Brooklyn to see his fiancée. Not wanting to shock her, he calls her on the phone and asks her to come downstairs on to the street at night. She gladly does, but in her sheer silk nightee and robe, with the robe hanging open. Did I mention this was Brooklyn in the middle of the night? The next day, when she decides to break up with Ben permanently, instead of just never seeing him again, she has to go to the Brooklyn Bridge where Ben and the other three have just performed an amazing rescue, and in the most dramatic fashion possible, look at him in silence, remove her engagement ring, set it down on the ground, and walk away to the sounds of swelling music.

While the action scenes are fairly entertaining, there just aren't enough of them. Apart from the aforementioned scene on the bridge and the final battle with Doom, the only time you really get to see the Four use their powers is when Reed is experimenting on them. That leaves an awful lot of time for just talking, which is not this movie's strong suit.

The movie is also supposed to be set in New York, but was filmed in Canada and it shows. There are several scenes of the Four on the street where it's painfully obvious that the city behind them is a blue screen effect. Apart from this though, the effects are well done and even the Thing costume, which is a costume and not CGI, looks good.

While the greatest superhero movies (Superman: The Movie, The X-men, Spider-man) have been able to transcend the genre to appeal to a wide audience, Fantastic Four is likely to please only the fan boys. 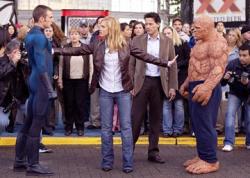 I liked Fantastic Four a bit more than Scott, but this movie is hardly perfect. The biggest flaw is that there is nothing for the audience to get caught up in. The film spends a lot of time trying to get these characters established. Ben is bitter. Sue and Reed have unrequited love. Johnny is a hot headed prankster.

Do these people have any actual goals? They come back from space with super powers and make the exciting decision to hole up at Reed's place. Only Johnny wants to do anything but he is portrayed as more of a stereotype than an actual character. The only action occurs because Von Doom is a pissy snob who wants to kill the four. There is no threat to anyone else. There is no other crime being committed.

With the exception of, the one dimensional Human Torch, the Fantastic Four are a bunch of melodramatic bores. Evens has the best lines, "You know that looked cool!" The biggest laugh comes when he asks the Thing, "Dude where's your ears?"

The X-Men have to overcome prejudice. Batman defends a city. Spider-man has problems adjusting his personal and professional life. What do The Fantastic Four do? They talk about their problems, a lot.

With the origins firmly established in this movie, the makers of this series can hopefully add more action to the second installment. 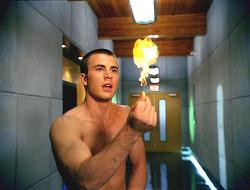 This movie is cheesy fun. It is glossy, fast-paced and never takes itself seriously. All the melodrama Scott mentioned I took as intentional camp. And unlike Eric I liked the fact that these aren't your typical crime fighting caped crusaders. They aren't hero's at all, that is until the very end of course. Batman is dark and serious (at least these days), Spiderman offers slice of life realism (relatively speaking) and X-Men emphasizes a complex socio-political angle. The Fantastic Four lacks pretension and is simple straightforward entertainment.

Fantastic Four has no more depth than the comic book version I remember reading as a kid in the 70's. These are one dimensional characters. But like the castaways on Gilligan's Island you know them instantly. The quiet smart one, the big dumb reliable guy, the hotheaded extrovert and the girl-next-door. Nothing they do surprises. Although every time the Human Torch said “Flame on." I cracked up. He sounds like a gay superhero.

Super hero movies can either go for realism or for camp. Neither one is necessarily better, it's all in the execution. Fantastic Four accomplishes what it sets out to be. 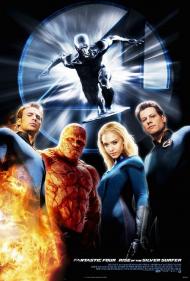 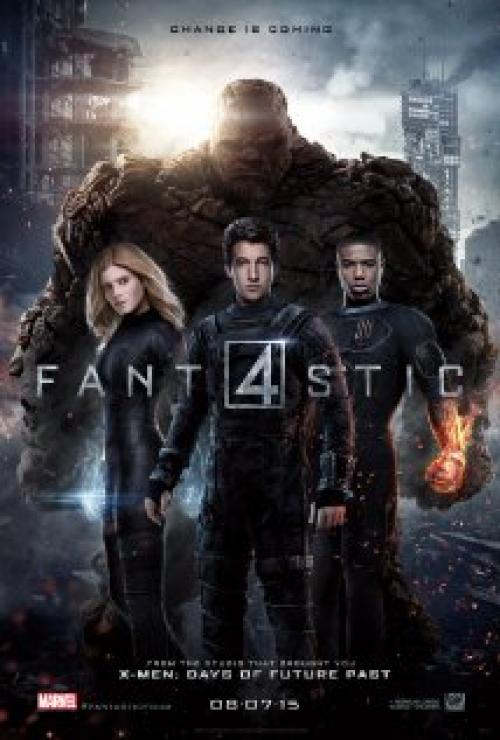