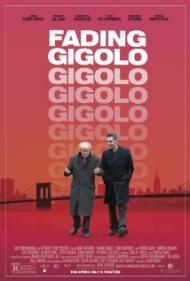 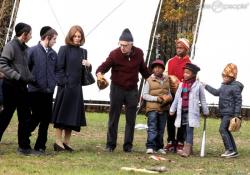 From writer/director/actor John Turturro comes this sweet little Woody Allenesque New York movie. Woody Allen himself even costars as Turturro's old friend who comes up with the idea of studding out his pal to a wealthy dermatologist (a still hot Sharon Stone) for a threesome with her and her even hotter female friend (played by reigning sexpot Sofía Vergara). The idea that these women would hire Woody Allen as a pimp to set them up with a 50-something John Turturro for sex is something you just have to go with if you're going to enjoy this movie to any degree. Especially since this is the more entertaining of the movie's two main plot lines.

The other story involves a lonely Jewish widow who begins an even less believable relationship with this newly minted, but already fading, gigolo. Whereas the first story is played for laughs the second story goes for the heartstrings, but what they have to do with each other is anybodies guess. Unlike Woody Allen, John Turturro is unable to cleverly weave the disparate threads together to form one cohesive picture.

I wish he had jettisoned the entire second story and gone all the way as a farce. The scenes with Woody are definitely the funniest moments. He retains his comic timing and his mastery of the art of humorous observational conversation. There is a nice chemistry between Allen and Turturro. These two very New York actors seem like actual old friends from the same neighborhood. We can easily picture it when Murray says he's known Fioravante since Fioravante was a kid breaking in to Murray's bookstore.

Other than a few lines though, the movie lacks much exposition. We are never told, for example, just how Murray came to live with a black woman (Tonya Pinkins) and her children. Allen has nice chemistry with the young actors playing her children. A scene where he plays baseball with them (see photo) provides a bright spot but they don't get enough screentime. I would have liked to spend more time with them and less with Turturro's terminally boring Fioravante and his sad-eyed widow.

The script is at fault here. The direction and acting are fine. I also loved the inclusion of so many great jazz and pop standards and (in another obvious nod to Allen) the loving cinematic homage paid to both Manhattan and Brooklyn. But the farcical side of the story is too tame and there just isn't enough of it, while the more serious storyline is sweet but dull as dishwater. The result is a movie that aims for comedy and drama but misses both. And that's a shame because with a funnier script this cast and crew could have come up with something quite memorable, instead of this mediocrity.

Just in time for Passover comes the most Jewish comedy since Moses performed his standup routine before the Pharaoh. The only way this movie could be more Kosher would be if they'd worked in a part for Barbra Streisand. Not that there's anything wrong with that, but your enjoyment of the comedy will be increased with your knowledge of Jewish traditions and the different sects within Judaism. Certainly, the aging members of the packed audience in the Upper East Side theater I saw this with seemed to find many lines and events much funnier than I did.

As Patrick wrote, to get anywhere with this movie you have to accept the fact that still attractive Sharon Stone and Sofia Vergara would decide to go through wizened old Woody Allen to hire John Turturro to have sex with them, both singly and together. Even getting past the fact that Turturro isn't particularly physically attractive, you are then presented with the evidence that he's also extremely uncharismatic. His seduction technique, that women seem to find irresistible, is to not say anything at all, while maintaining a stoic expression. The only way this portion of the story could really work is if they played up the comedy more, something they fail to do.

I also agree that the second, more serious, storyline doesn't work. I never bought into the romance between Fioravante and Avigal and Avigal's declaration of love at the end of the film feels contrived, coming out of the blue as it does. Turturro is as dull here with the drama as he is in the lighter moments.

Allen does provide some laughs. Like Patrick, I wondered about his relationship with the black woman and her children. It's never fully explained, but it feels strange given Allen's age, which is starting to look somewhere around this side of death. In fact, at times you'd be forgiven if you thought that Allen had in fact died and Turturro had reanimated his corpse for their scenes together. Even in this decrepit state however, Allen shows more comic spark than Turturro. His scenes of being kidnapped and being taken in front of the Jewish council are some of the funniest in the movie, which given the low quality of what passes for comedy here, isn't really saying all that much.

Perhaps being released during Passover is appropriate for this movie as you should definitely pass over seeing it. 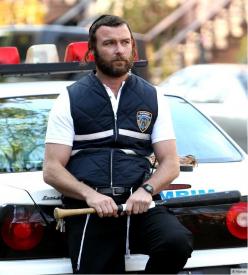 I agree with Patrick and Scott. The only way Turturro could have made the portion of the story with him as a gigolo work is if they played it as a comedy. The parts played by Stone and Vergara should have been played by Roseanne Barr and Joan Rivers. I could understand those broads getting excited by Turturro and they could have provided some much needed laughs.

Fading Gigolo tries to say something about men and women. At one point, Vergara asks Turturro, “Do you have any idea what goes on inside a woman's head?” and he answers, “If I did, I wouldn't be here.” There are also such comments as, “Men have never wanted women to read.” And “You’re a good cook, for a man.” Those lines could have been delivered as jokes but are instead recited with all seriousness.

This is a fine directorial effort by Turturro. The exterior scenes are all bathed in a warm autumn glow. As a writer, he merely gives hints on everyone’s motive. In short, these are all terribly lonely people. Fioravante and Avigal have both lost a spouse. Dr. Parker’s husband neglects her. Notice that the, “Fuck you Claude.” Photograph of her husband is one of him by himself in what appears to be a foreign locale. Dovi is likewise lonely, having long had feelings for the unobtainable Avigal.

The only main character not lonely is Murray. He lives with a woman and her children who call him uncle. One wears glasses and acts like a little Murray. “I know Mom, sometimes I am stubborn. I know!” Murray makes the movie. “What is this? I think you've got the wrong guy. I've already been circumcised!”

One of my favorite parts of this film was Liev Schreiber as the neighborhood patrolman. He is playing a macho guy but it is so hard to take him serious with those side curls. It is possibly the least threatening hair style any man could ever wear. He plays the role completely straight but I wanted to laugh every time I saw him.

As a goy, I felt as if I missed many jokes and references. As Scott noted, your knowledge of Jewish traditions and sects within Judaism is an advantage. I felt as if this movie was made to be played in a single neighborhood theater, in a particular part of New York.