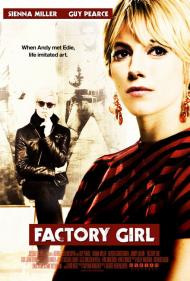 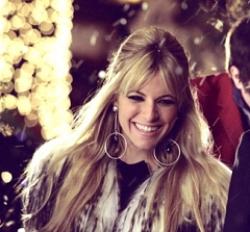 Since I know absolutely nothing about the real Edie Sedgwick, I suppose it is possible that she was a tragic or sympathetic character in real life. However, as portrayed in this movie, she is nothing but a spoiled brat who becomes famous for being famous and ends up wasting her entire worthless life all the while blaming all of her problems on others without ever taking responsibility for her own actions. With such a pointless an unlikable lead character, a movie would have to be far better than this one is to be entertaining.

Sienna Miller plays Edie, an art student from a very rich family who moves to New York City in the 1960s where she becomes, for a short time, the muse to Andy Warhol. For a brief period, she is an icon of the age, setting fashion trends, modeling, acting and getting to know the rich and famous. Along with the good things about the 60s, she also becomes a part of its darker side, getting hooked on drugs, blowing all of her money and being forced to live on the charity of her family as her life spirals down and out of control. Her defense for being a drug addict is that her brother killed himself and she was molested by her father as a young girl. This is also her excuse for spending all of her money and living way beyond her means and her excuse for everything and anything else that goes wrong for her, including allowing herself to be used by just about everyone in her life.

A far more interesting character is Andy Warhol, as portrayed by Guy Pearce. A highly insecure, homosexual artist, he sits in his Factory, manipulating those around him, including Edie. His work, he seems to treat as an inside joke that he's played on the people who buy it. Despite leading what could only be described as an artistically eccentric lifestyle, he remains living with his aged mother and regularly attended church and confession. He clearly only cares about Edie to the extent that she can help him and he turns vicious the minute she moves on from him and begins dating the Bob Dylan clone played by Hayden Christensen. His character is as unlikable as Edie's but in a much more interesting way.

In her defense, Miller does do a fairly good job in the lead role. Pearce is terrific as Warhol and Christensen does an equally good job as the Dylanesque folk singer. One of the best scenes in the movie is the one where the two of them meet. Even former Saturday Night Live cast member, Jimmy Fallon, also does a decent job in a small part.

Despite there being somethings to enjoy about this movie, when you don't give a shit whether the lead character lives or dies, clearly there is something wrong with it. Perhaps those people who still hold a romantic notion of the 1960s will find more to enjoy here than I did, but I doubt it.