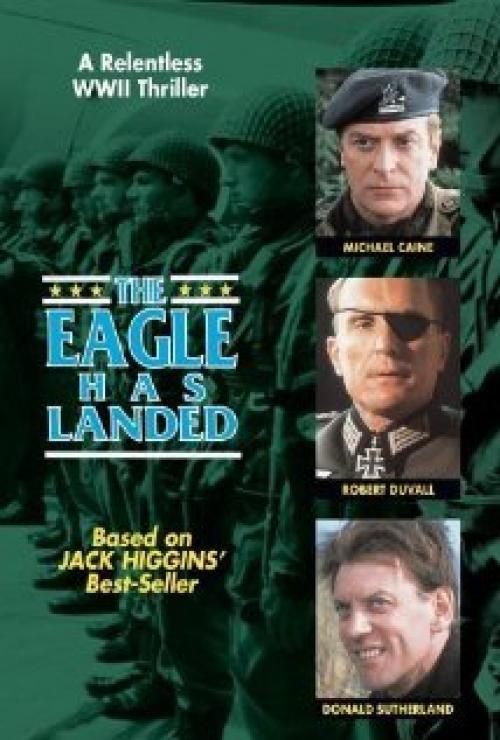 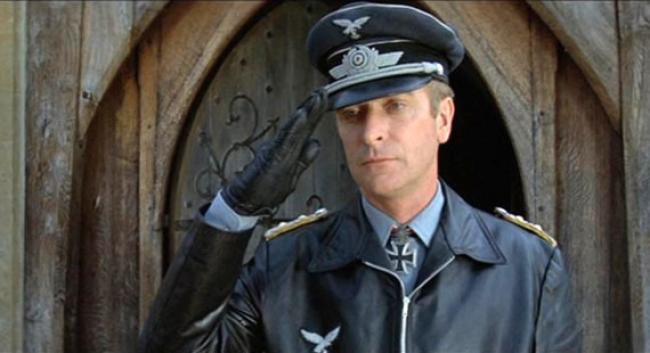 Michael Caine in The Eagle Has Landed.

I suppose by the mid-1970s most of the true stories from World War II had already been turned into films so it was time to start inventing some. Based on the novel by prolific English thriller writer Jack Higgins (this was his 36th book in a 16 year time span), it tells the story of a fictional group of Nazi commandos on a mission to kidnap Winston Churchill during his brief visit to a seaside village. With its big name cast and epic sense of adventure, there's an old-fashioned feel to the film despite a few modern elements. It's an entertaining ride despite a few minor flaws.

The oddest part of the story to get your mind around is the idea that for all intents and purposes, you are rooting for the Nazis in the story. Nearly the entire film is told from the German point of view and while the top command is shown to be as evil as they are normally portrayed to be, with Donald Pleasance as Himmler being particularly slimy, those working on the film's main mission are shown to be more sympathetic. The script works hard to show them as honorable men. Michael Caine's Colonel Steiner, for instance, is first introduced by having him witness a group of Jews being forced aboard a train. When he sees a young Jewish woman being mistreated he forces her guards to set her free, disobeying and insulting a superior officer in the process. Robert Duvall is shown to be just a man doing his job for his country as the Nazi mastermind behind the plan.

This was to be director John Sturges' last film. According to Michael Caine's autobiography, Sturges' heart wasn't particularly in the filmmaking process. The director of Gunfight at the O.K. Corral, The Magnificent Seven, and The Great Escape among others, admitted to Caine that he only took the job to finance his real passion, which was deep-sea fishing. Once filming was complete, he didn't even stick around long enough to oversee the post-production or editing. Despite not being at the top of his game, the veteran director still knew how to stage a battle scene and the action is top-notch once it starts. However, due perhaps to his absence, the editing could have used some tightening and smoothing in places.

Originally it was the part of Devlin, the Irish I.R.A. member working with the Nazis, that was offered to Caine, but he didn't want to portray a member of the I.R.A. and so asked to play Steiner instead. The part was then offered to Richard Harris, but when it turned out he was an actual supporter of the I.R.A., he was replaced by Donald Sutherland. Devlin would become a recurring character in author Higgins' future books and he is an interesting character, but his part feels underdeveloped here. There's a love story element that plays a pivotal part of the story involving him, but it's too rushed to feel real.

Another problem with the editing is that at over 2 hours it lags in the middle. The opening, with the initial planning of the mission, is intriguing, and the finale when the plan commences and quickly goes wrong, is exciting, but there's too much spinning of wheels in the middle portion of the film.

With Americans playing an Irishman and Germans, and British actors also playing Germans, the accents are rather muddled. Duvall and a few others put on a German accent, while others, like Caine, simply speak in their normal voice. So, for instance, in one scene you have Duvall speaking in a heavy German accent to Anthony Quayle (also playing a German), who replies in a very posh English accent. Someone should have decided on everyone doing accents or no one.

The cast is excellent, despite the mishmash of accents. Caine and Sutherland are the two standouts. I was reminded by Sutherland of another part he would soon play in a similar setting when he would take the lead in The Eye of the Needle, although he's less cold and ruthless here. Larry Hagman plays a bumbling, but gung-ho American Colonel in way over his head. A couple of soon to be better known faces turn up in small parts with Jeff Conway and Treat Williams both playing American soldiers.

Although not completely satisfying, The Eagle Has Landed is sure to be enjoyed by fans of old-fashioned World War II adventure films. 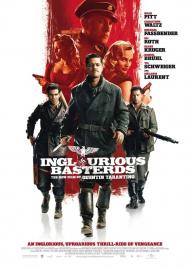