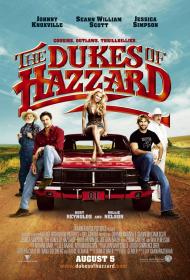 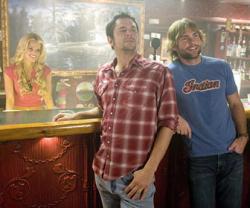 Jessica Simpson, Johnny Knoxville and Seann William Scott in The Dukes of Hazzard.

This movie makes me feel old. While there have been remakes of old television shows for a while now, I was able to take comfort in the fact that they were all shows from either before I was born or from when I was very, very young. The Dukes of Hazzard though, is from my generation. While I was never a big fan of the show, as a ten-year old boy living in car-culture Michigan, I couldn't help but be aware of it. It was definitely a show where if you saw one episode, you'd seen them all.

While some TV remakes attempt to spoof the old show (The Brady Bunch) or put a different spin on it (Bewitched), The Dukes of Hazzard attempts to recreate the feel of the old show. It's a feat the producers pull off quite well, but by doing so they've brought along all the old show's faults as well as its merits.

Bo (Scott) and Luke (Knoxville) Duke are cousins living in Hazzard County, Georgia, where they work delivering moonshine for their Uncle Jesse (Nelson). When they're not out joyriding in their orange, 1969 Dodge Charger (better known as the General Lee), they're likely to be found throwing back beers in the local watering hole, The Boars Nest, where their cousin Daisy (Simpson, in her film debut) works as a waitress. Their arch-nemesis is Boss Hogg (Reynolds). Hogg and his henchman, Sheriff Rosco P. Coletrane, are always up to something and usually it's the Dukes who have to stop him. This time around, Boss wants to seize property all over the county and strip mine the town. And he's arranged for the court hearing to consider the matter to take place on the same day as the 70th annual Hazzard County Stock Car Race, to insure that no one will show up at the hearing.

The plot though is really only there to provide a means for three things to happen. One is so Bo and Luke can show off their country charm and camaraderie together. Two is so Daisy can look as sexy as it's humanly possible to look (a feat Simpson pulls off quite nicely). And lastly, and most importantly, so the Dukes can get inside the General Lee and raise hell. It's completely lightweight and it could definitely have been trimmed by about 10 minutes, but thanks to the talented ensemble, it still manages to entertain and should put a smile on your face, even if you feel guilty about it later.

With such a setup it must have been tough for those involved to not turn this movie into a parody. Somehow they manage to restrain themselves, only doing so a couple of times. Bo's obsession with the General Lee is taken to the extreme and is good for a laugh or two. The issue of the Confederate flag, which adorns the General's roof, is also brought up when the Dukes have to drive into Atlanta. The reaction of the residents alternates between, "Yee-haw, the south will rise again," and "You late for your Klan meeting?"

If nothing else, this movie should succeed on the nostalgia factor alone. The only thing that has me worried, is what's next to be remade? Knight Rider? The A-Team? I pity the fool who tries that one. 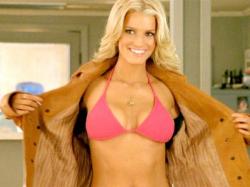 Jessica Simpson in The Dukes of Hazzard.

We have Black history month and Gay Pride Parades. They are designed so said people may feel proud of who they are. The Duke boys nearly get their ass kicked simply because the flag of The Confederate States of America is painted on their car roof. God forbid that white southerners feel that freedom of speech applies to them. The news can report on flamboyant naked men walking in a parade. My son was forced, by his school, to write a report about Malcolm X who said, "All thoughtful white people know they are inferior to black people." Apparently you can only display and show pride for something if the politically correct police approve.

Hollywood liberalism aside; Simpson looks hot. The cars move fast. I was bored out of my mind. I am not a car person and thus did not get into this movie. I was slightly amused by the presence of Jay Chandrasekhar from Broken Lizard. He directs and does a cameo. The Dukes of Hazzard television series was aimed at kids. This movie has pot smoking jokes and swearing. I would not recommend it for children. 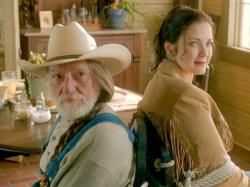 Willie Nelson and Lynda Carter in The Dukes of Hazzard.

Eric, this movie doesn't judge the Duke boys for having a Confederate flag on the roof of their car. They're the heroes of the movie after all. What it does is simply show the way most people would honestly react to seeing one there. How would you expect black people to react to seeing one anyway? Pretty much how I would imagine Jewish people reacting to seeing a swastika painted on the roof of someone's car. It in no way infringes on anyone's freedom of speech. They have the right to have the Confederate flag painted on the roof of their car and everyone else has the right to bitch about it or not. But seriously, why would anyone want to feel pride in a symbol that in the world's eyes represents slavery and bigotry?

Despite this the Duke boys are extremely likable. They're just good old boys, never meaning no harm. They get in scrapes, get chased constantly, and always come out on top, with assists from Uncle Jesse and Daisy. Seann William Scott and Johnny Knoxville are fine as Bo and Luke but then all they have to do is grin a lot, and occasionally give out with a rebel yell while running around, getting in fistfights, and driving fast.

Jessica Simpson's Daisy Duke is even more of a one note sexpot than Catherine Bach was on the old show. But then the only truly lasting pop cultural impact The Dukes of Hazzard had on the world was that to this day all extremely skimpy cut-off blue jean shorts are universally known as “Daisy Dukes”. Simpson had stiff competition for the role. She beat out Britney Spears, Mandy Moore and Jessica Biel.

Scott is correct that in most ways they stayed quite true to the spirit of the original television series. However, as Eric pointed out, the series was aimed at children while this movie is for grownups – grownups that are easily amused. The television series never featured nudity or dirty jokes. For example, the only reason for the Duke boys to enter that dorm is to have gratuitous nudity. The boys keep opening doors to rooms and each one reveals a woman or women in various stages of undress. The punchline is a room full of topless women who invite the boys in to party.

Poor Willie Nelson. Denver Pyle was kind and avuncular as Uncle Jesse but Willie Nelson in the role does little more than spew dirty joke after dirty joke. Granted some of them are amusing but they're definitely not family friendly. Here are two of my favorites...

Uncle Jesse: What do you get when you cross a donkey with an onion?
Luke Duke: What?
Uncle Jesse: A piece of ass that brings a tear to your eye.

Uncle Jesse: You know why tornadoes and blonds are so much alike?
Luke Duke: No.
Uncle Jesse: At first, there's a lot of sucking and blowing, and then you lose your house.

The Dukes of Hazzard is mindless entertainment aimed at adults with fond memories of watching the old series as kids. As bonus nostalgia they threw in two other 1970s' pop culture icons, Burt Reynolds and Wonder Woman herself, Lynda Carter. Unfortunately the resulting movie never rises above the level of being mildly amusing. 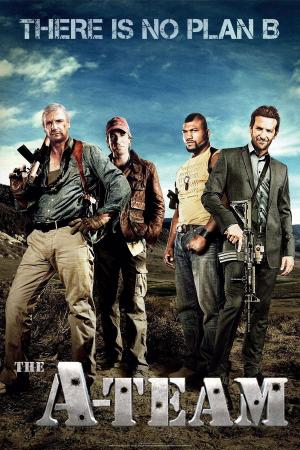