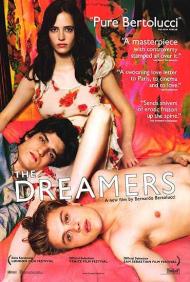 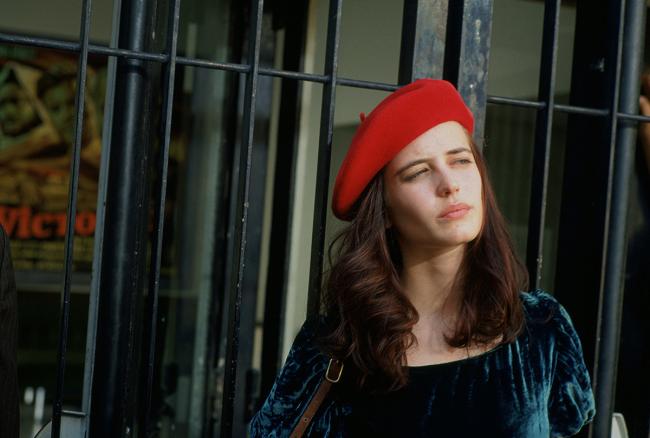 It's easy to see why the makers and distributors of The Dreamers opted to release it in America uncut, even though it meant the movie would be rated NC-17. The very obvious reason being that if you remove the sex, you are left with the hollow shell of a movie. To cover up this lack, the film is filled with lots of nudity, sex, masturbation, and incest. Perhaps the intent was to shock and titillate enough so that the other weaknesses of the movie would be ignored, but there's no escaping the fact that whenever the characters put their clothes on, the movie drags.

The story is set in Paris, 1968. Matthew (Michael Pitt), an American Cinephile, and Leonardo DiCaprio look alike, is befriended by a French brother and sister; Theo (Garrel) and Isabelle (Green). When their parents leave for an extended holiday by the sea, Theo and Isabelle invite Matthew to stay with them in their apartment. Once all three are ensconced, they immediately begin arguing over classic movies and engaging in various sexual acts, alone and together. That, in a nutshell, is the entire plot.

One of the pities of this movie is that it missed a great opportunity. Paris in 1968 was a hot bed of civil unrest. There were enough student riots, worker strikes, and clashes with the police to make a great movie. However, Bernardo Bertolucci would rather focus on the sex going on inside the apartment than on the activity in the outside world.

I think they made a mistake in not editing this movie for release. With so little plot, you feel every minute of its 2+ hours running time. To shorten its length and to preserve the only scenes worth watching, they should have cut out every moment where someone isn't naked. 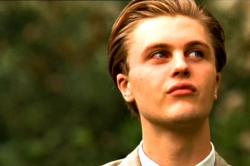 I was blown away by this beautifully crafted and emotionally powerful movie. This is a case of my brother Scott not seeing the forest for the trees, or more precisely, the plot for the sex. To say that The Dreamers has no plot is a gross injustice to a strange and original coming of age story. Sure most of it takes place in the twins' parents' apartment. Sure there is much graphic sex and full frontal nudity of both the male and female variety. But since the story is about friendship, brother/sister relations and having the guts to leave the cocoon of home and venture forth to find your place politically and emotionally in the world at large, with sex as the cathartic motivation, then it makes perfect sense that in order to properly convey this the screen would be filled with explicit and intense sexual images. Ultimately, in my mind, the issue of plot can be decided by the answer to one question. Do the main characters grow or change in any real way during the course of the film? The answer to that question in the case of The Dreamers is a resounding yes.

The aforementioned apartment in which most of the film takes place is like a fourth character. It provides the perfect setting of time and place. Scott makes it sound as if they immediately begin fornicating once the parents leave. There is, in fact, a great deal of character development going on early in the movie as Mathew falls under the spell of the twins, who seem to be kindred spirits to the lonely American. He is especially enchanted by Isabelle. But then who wouldn't fall immediately in love with a ravishing young French girl acting out Garbo's 'I vant to memorize this room' scene from Queen Christina? Mathew quickly learns that this is a game the twins play. At times a dangerous game. One twin will act out a scene from a movie and the other twin must identify it. If the other twin fails to do so they must do what the other twin commands. The introduction of Mathew into their game ups the ante. Isabelle has Theo masturbate in front of them when he is unable to identify a scene from Marlene Dietrich's Blonde Venus and then later he stumps both Isabelle and Mathew with the death scene from Howard Hawks' Scarface and tells them to make love in front of him. While we have a pretty good idea that Mathew is a virgin, we are shocked to learn (after what is probably the most graphic of all the sex scenes) that Isabelle was a virgin too. It had been implied that the twins were having intercourse with each other. As things progress Mathew soon finds himself wanting to take Isabelle away from Theo.

The characters are never allowed to be driven by just one single emotion. There is jealousy, fear of intimacy, the need to be accepted and loved, differences of political points of view, fear of leaving home. There are also several lighthearted moments, like when Theo and Mathew argue over who was greater between Charlie Chaplin and Buster Keaton, and then later between Eric Clapton and Jimi Hendrix.

The three young actors all give fearless and finely nuanced performances in what must have been an extremely difficult and intense movie to act in.

As Scott said most of the political and civil unrest does take place as a subtext rather than as an integral part of the movie. Until the final scene that is. It is here that the movie steers away from the expected tragic 'French New Wave' ending and shifts to a more uplifting climax. I won't give away details but it is a brilliant and satisfying ending to a great motion picture. 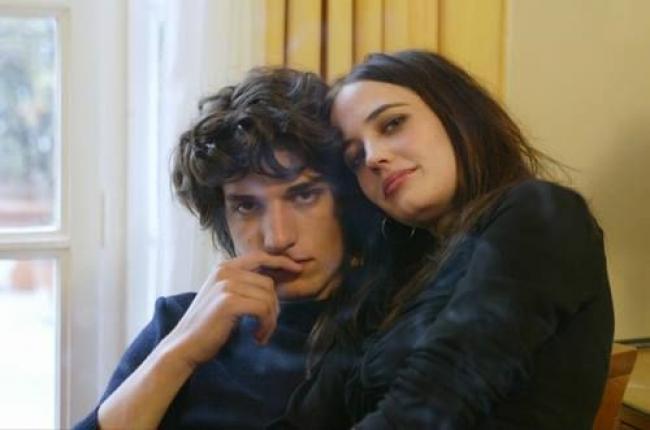 For a movie with so much sex, I could not wait for it to end. The only time I felt connected with any of the characters was when Matthew first befriends Theo and Isabelle. I lived in Italy at the same age as these characters. It was exciting making friends in a foreign land. It made you feel accepted.

I first thought Matthew was gay. How many straight guys know the words to Judy Garland’s Born in a Trunk song, and can identify a Greta Garbo movie by Isabelle merely miming a scene. It turns out he is just a virgin.

The sex games Matthew experiences with the twins are just plain odd. Isabelle is very aggressive for a virgin, to the point that she is almost unbelievable. The scene where they both lose their virginity is anything but romantic. Theo is making eggs on the stove while his sister and friend screw on the kitchen floor at his feet. Things then get gross when Matthew smears some vaginal blood on Isabelle’s face. Blood is not an issue with these three as they all take a bath together, while Isabelle is menstruating into the bath water.

The twins Dad has money and fame. Theo is healthy and buzzes around town on his motor scooter. He has the world at his feet but not the balls to seize it. With typical liberal guilt, and plenty of naivete, he admires communism thinking that it brings equality. Like an ignorant politician trying to garner some votes, Theo does not understand that freedom and equality cannot exist together. Isabelle is beautiful, intelligent and has a great body. Too bad she is a little crazy.

The Dreamers starts with three mildly interesting characters, but as the movie went on, I liked them less and less. The movie should have ended with a scene of the three characters getting together ten years after these events, like in Y to mama tambien, where the two boys meet up after not seeing each other since their sexual experimenting several years before. With that added scene I would have at least been able to see if the characters changed from these events. I agree with Scott, other than two characters losing their virginity, there is no character development. Theo is still politically ignorant. Isabelle is still nuts. Matthew is still a blank slate.