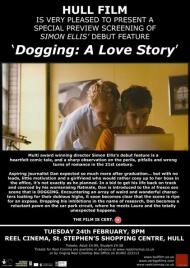 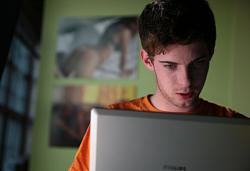 On the net, Dan finds Laura. They plan to meet but they never seem to get together.  Their love story is pretty dull, seeming more like a sitcom than a movie.  Dan has a large breasted girlfriend who would rather flirt with her boss than have sex with Dan.  Laura has an admirer who thinks he is pretty fly for a white guy.  He wears a baseball hat crooked and moon walks.