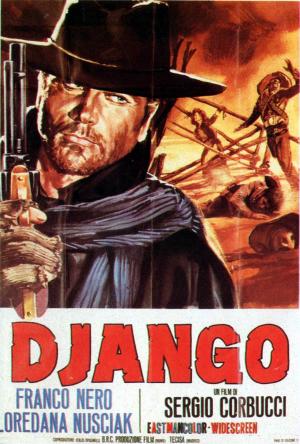 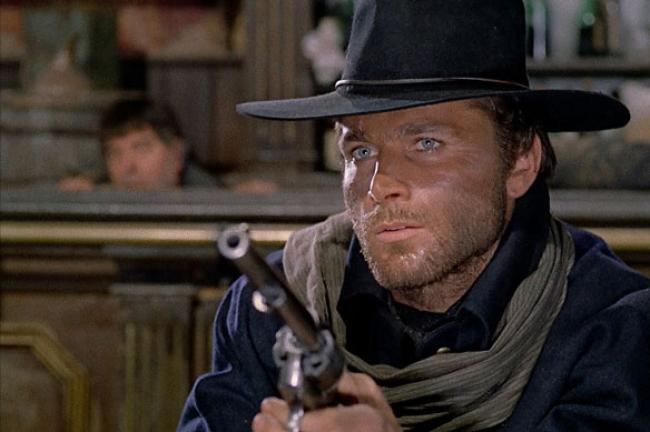 Franco Nero in the original Django.

Sergio Leone and Clint Eastwood created, or at least made, the "spaghetti western" popular all over the world with three films they made together between 1964 and 1966. Many other film makers jumped on the band wagon but few ever distinguished themselves. Italian director Sergio Corbucci made his bid to join the genre with a film about a character inspired by a comic book cowboy that drags a coffin behind him. When the actor he wanted for the role, Mark Damon, was unavailable, he cast the mostly unknown Italian actor, going by the English name of Frank Nero. One report had Nero begging for the part, while in an interview with Nero, done decades later, he claimed he thought it over for a couple of days before agreeing to do the part. Either way, he was cast in his first starring role and billed for the first time as Franco Nero.

The movie indeed begins with a mysterious cowboy, Django, wearing the remains of an old Union uniform, dragging a coffin through a desolate landscape. He comes across a prostitute, Maria, being whipped by some Mexicans before she gets saved by some gringos who want to abuse her as well. Django kills them and takes the girl and his coffin into a muddy little western town near the Mexican/American border. They go to the only active business in town, a saloon/whore house, where they both fit right in. We learn that the gringos and the Mexicans are fighting a little war, with the saloon being neutral territory where men on either side can come for a drink or sex. Django and Maria have sex after he looks at her with his famous blue eyes and says he is glad he made her feel like a woman by saving her. What woman could resist that? We soon learn the secret of the coffin and although Django seems to take sides in the war, he actually has a plan of his own.

What follows is plenty of action and so much violence that this film set a new standard and created some controversy. It was banned in England because of the violent nature. Nero stated that he showed a copy to his Camelot (1967) cast mates during production in England and was proud to report that they loved it. It was not until 1993 that it was finally aired on English television. The major cause of concern was a scene where a man is shown having his ear severed and then placed in his own mouth.

This movie so inspired Quentin Tarantino that he made Django Unchained (2012) and repeated the ear cutting scene in his first notable film, Reservoir Dogs (1992). Django not only inspired Tarantino but it was so huge in Europe that it created its very own genre. Anywhere between 30 and 50 films came out after Django that had the name Django in it's title, even though barely any had barely anything to do with the original. For years afterwards, no matter what movie Nero made, the word "Django" would be added to his films titles when they were released in Germany. Nero only actually made one official sequel Django Strikes Again (1987) and had a small roe in Django Unchained.

The quality of the film is decent but you are never in doubt that you are watching a spaghetti western. The lone, mysterious gunmen entering a town is a huge stereotype of the genre. My wife, who has no interest in such films noted that the music alone made it obvious that I was watching an old movie. Although several scenes feature blood, it is always obvious that it is anything but. It looks as if they used red paint from a local hardware store.

Django made Nero a major star in Europe. Although he is a recognizable name in the United States, he is one of the most sought out actors in Europe, giving him continuous work throughout his 50 year career. He is currently listed on IMDB as having 12 film projects in the works, including Django Lives, which has yet to begin pre-production. 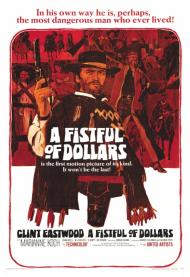 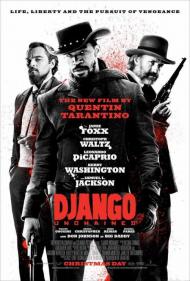