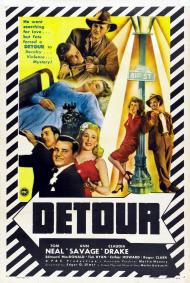 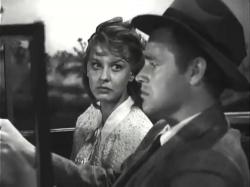 Detour is a quintessential example of low budget film noir. It was shot on the cheap during the summer of 1945 by B-movie king Edgar G. Ulmer. Detour was one of those movies that used to show up on late night television where it developed a cult following. By the 1980s it was widely regarded as a classic. In 1992 it was among the first 100 films chosen by The Library of Congress to be preserved in the National Film Registry, making it both the first B-movie and first film noir to be so honored.

The production values are practically nonexistent and its few sets are bare bones, but the relentless despair in the story and the crackling, hard-boiled dialogue in the script are undeniably great. Tom Neal, as the ill-fated protagonist Al Roberts, narrates the story in voice-over. From a diner in Reno he tells his tale in flashback...

It begins in New York where Al worked as a piano player. Here's how he describes the place. “It wasn't much of a club really. You know the kind. A joint where you could have a sandwich and a few drinks and run interference for your girl on the dance floor.” After Al's girlfriend, a singer named Sue, leaves for the West Coast to take her chances in Hollywood, Al decides to join her by hitch-hiking across the country.

I don't want to give too much away because the beauty of this 67 minute movie is discovering it as it goes along. Suffice to say that Al crosses paths with one of the most vile and venomous femme fatales in film history. A woman named Vera, played with gusto by the appropriately named Ann Savage. One of her first lines to Al is, “Say who do you think you're talking to - a hick? Listen Mister, I been around, and I know a wrong guy when I see one. What'd you do, kiss him with a wrench?”

Vera's a woman with no redeeming characteristics. Due to circumstances of fate she's able to blackmail Al and takes complete control over his life. This leads to the climactic scene in a hotel room that still packs a punch 70 years later. The cheap look of the movie actually enhances it. Detour is as unsparing as they come. It's a story of bitterness, told by a man resigned to his fate. It has long been in the public domain and a copy of the entire movie is available on YouTube. I highly recommend it. 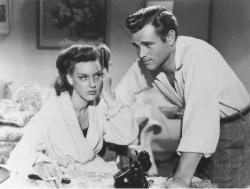 Ann Savage and Tom Neal in The Detour

There are two ways to look at Detour. The first is in how Patrick wrote that it is a story of bitterness, told by a man resigned to his fate. Al has a string of bad luck that gets him into deeper and deeper trouble. That may very well be the way it was intended to come across but I kept thinking there was something else going on.

Let’s start with the fact that the story is told entirely from Al’s perspective. Never forget that. Sue turns down his proposal, at least for now, even though she claims to still love him. She does not insist he come along or cry over her decision. It is clearly not a hard one for her to make. He takes it much more to heart than she does.

As Patrick suggested, it is best not to give much away, so I will be as vague as possible in trying to make my point. Al becomes involved in several crimes but according to his version of how it all happened, he comes out as the victim of every situation even though others come out worse than him. It left me wondering if the events of this film actually happened as he describes them or does he tell his side of things through his warped mind.

Look at the scene where Al asks the man he is riding with if an animal made the scratches on his arm. The man responds, “I was tussling with the most dangerous animal in the world, a woman!” This implies that he was attempting to molest or rape her. Al, of course, sides with the guy, “What kind of dames thumb rides? Sunday School teachers?” In their minds, any woman that would hitch hike is clearly offering sex for a ride.

Vera makes a play for Al in a hotel room. They drink and she tells him she is taking the bed while he can take the one that lowers out of the wall. Standing next to the bed in the wall, Vera asks, “You know how to work it?” Al, trying to sounds confident, responds, “I invented it.”

Although it was not as openly discussed in 1945 as it would decades later, Al is clearly clinically depressed. “So when this drunk handed me a ten spot after a request, I couldn't get very excited. What was it I asked myself? A piece of paper crawling with germs. Couldn't buy anything I wanted.” Remember, 10 bucks in 1945 would be like a 100 tip today. As he tells it, nothing is ever his fault. He simply blames other people and fate, “That's life. Whichever way you turn, Fate sticks out a foot to trip you.” He is a perfect example of a manic depressive.

Throughout the film, Al has opportunities to change his mind or do something different but he does not. He goes along, always claiming he had no choices. Al even narrates, “Until then I had done things my way, but from then on something stepped in and shunted me off to a different destination than the one I'd picked for myself.” I get the feeling Al has never truly made a decision for himself. He may have only thought he had.

Even the ending supports my theory. Al again simply accepts his fate as if he has no say in the matter. Perhaps he knows at that point that reality has caught up with him and although he can lie to himself, he cannot lie to the facts. I have read nothing that supports my claim and perhaps I am way off in left field. Maybe, Al is simply the victim of several very odd coincidences and a couple of women who walk all over him. Even if he is, he remains one of the biggest saps ever depicted on film. 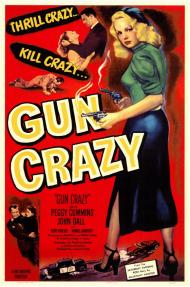