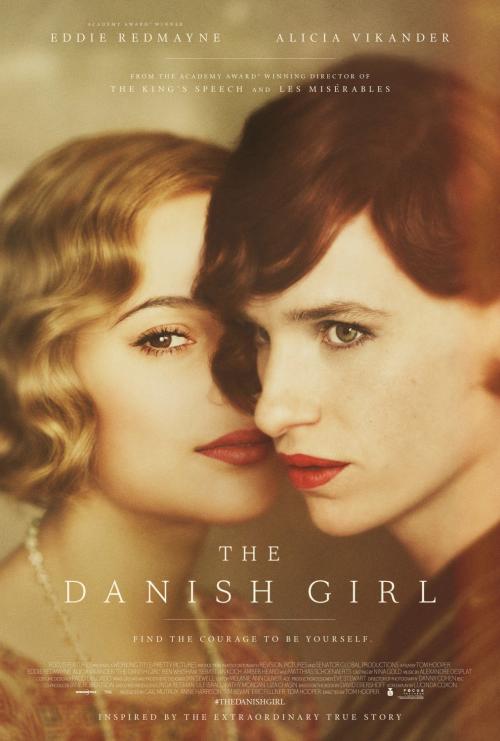 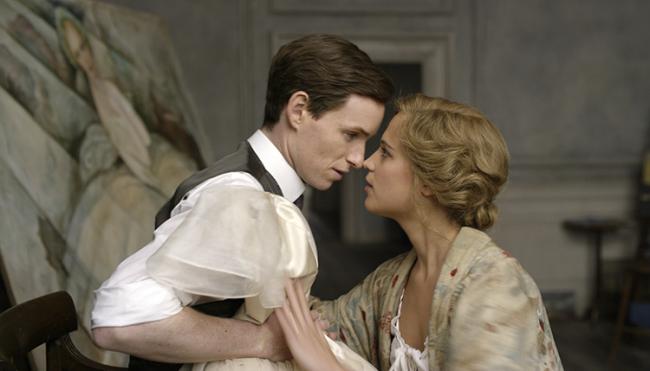 The Danish Girl is very, very loosely based on a true story. Einar Wegener was, in fact, a Danish painter who openly dressed as a woman and had sexual reassignment surgery. He was married to aspiring artist Gerda, and the two remained so until his death. That is about all that this film gets accurate. In real life, Gerda was a lesbian but this film never mentions it. Google image her work. She drew lesbian porn. Einar had the surgery much later in life than this film has him. Also, he died after his third surgery, which was an attempt to implant a uterus inside him, and not his vaginal construction one. Most importantly is that it is likely he was not the first person to have a surgical sex change. The Nazi government shut down and destroyed the hospital Einar went to in Dresden, so proof of him being, or not being, the original transgender person does not exist. I only mention this because the publicity for this movie repeatedly went on about him being the very first one.

As the movie starts, we are shown that Einar and Gerda have an active, and seemingly, lustful relationship. One day she asks him to wear some stockings and a pair of women's shoes so she can finish a painting of a woman. During the sitting, Einar has an epiphany, and his inner woman starts to surface. On what Gerda thinks is a lark, Einar dresses as a woman, and the two attend a party. Before long, Einar is calling himself Lili. Their sex life starts to deteriorate and Einar begins to disappear and Lili take over. Whereas it was at first a struggle for Einar to pass as a woman, it soon becomes a struggle for him to pass as a man.

The core of the film is how Gerda deals with her husband disappearing right in front of her eyes. He walks around the apartment dressed as a woman referring to himself as Lili. When he goes out dressed as Lili, he tells everyone he is Einar's cousin. For a while they make it work. Lili poses for Gerda and her paintings start to sell. Although Gerda seems to enjoy having a muse, she starts to miss her husband.

One of the film's best scenes is when Gerda looks up Hans, an old friend of Einar's, and takes him home to see Einar. They walk in to find Lili sitting on the couch. Hans catches on immediately and does not over react. Although the movie features a scene of Einar being assaulted in a Paris park (that was added for the movie) Lili truly had an easy transition. His/her wife is shown as being supportive, as is an old friend, who knew of Einar's propensities since childhood . The only real struggle Einar has is his own coming to terms with who he truly is and how it affects his wife. Sure, there is some drama to be found here but at two hours there is simply not enough story to keep things interesting.

The cast is solid. Redmayne begins the film acting like an average masculine man but as Einar comes to terms with Lili, his mannerisms become more and more feminine. His transformation from man to woman is subtle and seamless. Alicia Vikander has more screen time than Redmayne but she somehow was nominated for best supporting actress? She shows us Gerda's frustrations throughout even though she is a willing participantant in Einars transformation.

The Danish Girl contains a topical, yet very exclusive, subject making it not one for all audiences. 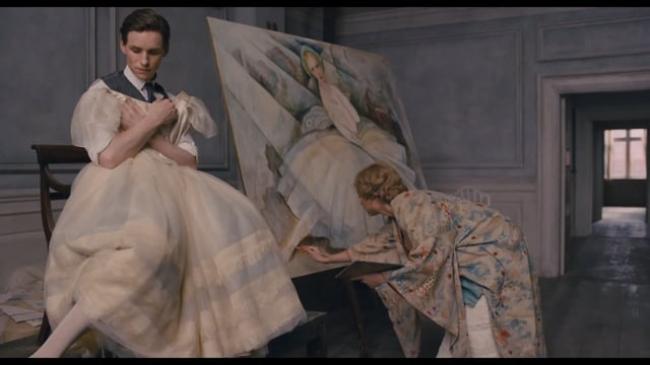 As Alicia Vikander's recent Golden Globe award for Best Actress attests, Eric isn't the first person to rightly assume that her part is the lead. Clearly Focus Features felt she had a better shot at winning the Oscar in the supporting category, but it's this sort of category confusion that ultimately makes film awards meaningless. In the case of this film, not only does Vikander receive enough screentime to qualify as the female lead, she actually threatens to steal the film completely and just become the lead.

Like Eric, I was intrigued by the true story of Gerda and Lili and read up on their lives after watching the film. While the movie gets the basics right, it skips over several details and seems determined to turn their story into nothing but tragedy, when according to reports and Lilli's journals, there were happy times for them as well. Following their move to Paris, she wrote, "A few happy and harmonious years were now in store for Grete and me." In the notoriously liberal art world of Paris in the teens and twenties of the past century, they were flamboyant and defying convention, but they were also able to live openly as Lilli and Gerda. Keeping their story as strictly a tragedy does them and trans people of today a disservice. Not only should Lilli be mourned for losing her life, but also celebrated for living it as she did and for being a pioneer. Whether or not she was the first or just one of the first to undergo the surgery is immaterial.

Showing the happier side of this couple's life would also have made for a more entertaining movie. As it is, this is one tough slog of a two hour movie to get through. It's not only tragic and depressing, but also tedious and even dull. And it takes that depression and tragedy and proceeds to beat its audience around the head with it. Even the mildest of comic reliefs would have done wonders to lighten the load.

In Patrick's review of Room, he wrote that Jennifer Lawrence should move over to make way for Brie Larson. I say J-Law does need to move over, not for Larson, but for Vikander. With this film, Ex-Machina, The Man from U.N.C.L.E., and the upcoming Jason Bourne film, she is truly the next Hollywood "It Girl". She has the looks, the acting talent, and the charisma to move to the top of the A-List. Focus should have more faith in her and put her in the Lead Actress category. She's the only actress who had a shot of beating Larson for the award. Redmayne buries himself in the part, but Vikander dominates their scenes together, despite having the less flashy role.

I believe you could make an entertaining movie out of the story of Lilli and Gerda and their life together. However, this, despite the powerhouse performances of its two leads and director Tom Hooper's artistic eye for setting up shots, just isn't that movie. 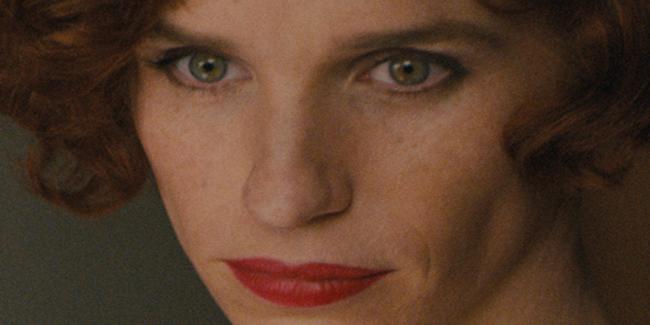 Eddie Redmayne is The Danish Girl.

I disagree with Eric when he says this movie's subject matter is exclusive and not for all audiences. It's true that most people will never undergo a sex change but by that same logic you could argue that since most of us will never go into battle that war movies are exclusive. The Danish Girl – although banned in many Middle-Eastern countries (Qatar labeled it morally depraved) – is for anyone with an open mind who enjoys great acting.

Also Eric, the author of the book on which this movie is based has said in interviews that, despite being based on the life of a real person, it's a work of fiction. He invented characters and made major changes to real people, such as making Gerda American, when in fact she was Danish. This also explains why her lesbianism is never mentioned.

Eddie Redmayne is sublime in the role, transforming before our eyes from Einar into Lili. (Am I the only one who thought he looked a bit like Barbra Streisand playing a boy in Yentl?) He doesn't just look female - he exudes femininity from every pore. Vikander as Gerda matches him -literally- scene for scene. An Oscar nomination isn't a bad way to top off her very impressive year.

And speaking of impressive years, Ben Whishaw had a very busy one. He started 2015 as the titular voice in Paddington, played Carey Mulligan's unsympathetic husband in Suffragette, reprised his role as Q in the latest Bond movie Spectre, and was writer Herman Melville in In the Heart of the Sea. When will this guy get a lead role?

The Danish Girl is leisurely paced but exquisitely rendered. It resembles a painting by Rembrandt – only one in motion.