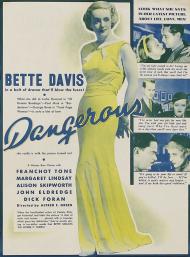 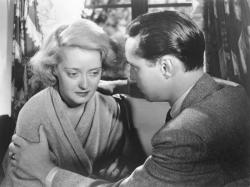 The plot is simple. Architect Don Bellows (Franchot Tone) discovers has-been actress Joyce Heath drunk and penniless in a dive bar late one night. He takes her to his house in Connecticut to rehabilitate her and quickly falls in love. So much so that he breaks off his previous wedding engagement in order to marry her and sinks 80,000 dollars of his own cash into the play "But To Die" in a bid to bring fame and glory back to the once great star. Unbeknownst to him, she is already married and her husband refuses to give her a divorce.

The scene where Joyce goes to plead with her husband for her freedom is an absolutely textbook perfect scene. All filmmakers should be required to memorize it. An amazing amount of ground is covered - character and plot wise, in approximately fifteen minutes of screen time. The scene starts off quiet and builds in intensity until we understand completely the depth of this complex relationship. It ends in one of the most powerful moments in movie history when Joyce, rather than lose her newfound love, is willing to kill herself and her husband by driving straight into a tree. I can think of no modern actress that could pull of the sheer bravura of this performance. She is truly a force of nature not unlike a hurricane.

The plot is pure soap opera. The ending is a cop out. But the brilliance of Bette Davis is so great in this role that you are riveted to the screen whenever she is present.