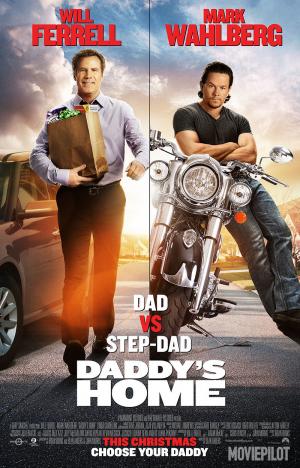 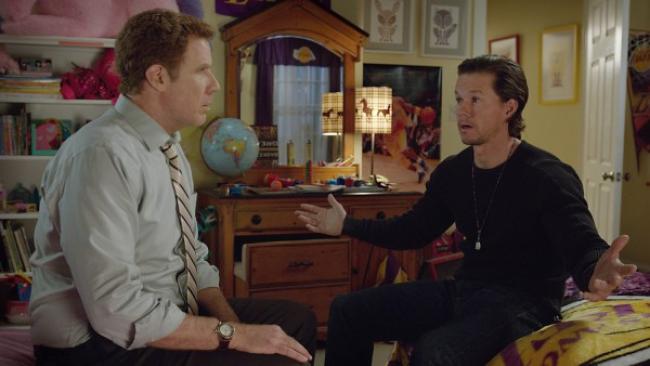 Will Ferrell and Mark Wahlberg in Daddy's Home

Daddy's Home is a sitcom length script stretched to 96 minutes. Everything is light and it moves along at an acceptable speed. Although it heavily features children, there are plenty of adult sexual innuendoes. One of the most obvious being a fairy tale the fathers tell the kids every night that involves a king, a step king and the size of their swords.

Will Ferrell narrates the film as stepdad Brad. We hear how he came to be sterile and how much he wanted to be a father. Luckily, he married a way too hot for him single mother of two. He has been trying his hardest to get his stepchildren to love him. One of the first scenes involves his young stepdaughter showing him a picture she drew of her family that includes Brad with a knife in his head. Brad, the optimist, sees it as a step in the right direction as her earlier drawings always showed him as being dead.

Brad does everything he can for his step children, spending as much time with them as possible, waiting for the day they may call him "Dad." Just when his stepdaughter's drawing makes him think he is starting to connect with them, their absent biological father, Dusty, (Mark Wahlberg) shows up out of the blue. Brad takes one look at the leather jacket wearing, motorcycle riding, muscular Dusty and begins to panic.

And he has good reason to panic. Dusty easily charms Brad and convinces him to let him stay in their home. Dusty then makes it clear that he wants his ex-wife and children back. Almost immediately a competition for the children's affection begins. Each man tries to show off and upstage the other. Some of their efforts are simple gestures while others are ludicrously ridiculous, and unrealistic. Every time Brad seems to up Dusty, he gets upped himself. Like I wrote, this is television sitcom stuff.

As there is so little plot and the outcome obvious, the film makers added a couple of comical, yet mostly superfluous, characters. Brad's boss is always around to offer pointless advice, that usually involves him and one of his wives. A construction worker, Griff, provides the most entertaining scene. Brad's wife called him after Brad drove Dusty's motorbike through the house. Dusty convinces Brad that the two of them can make the repairs themselves and he does not need the professional. Brad has a hard time telling Griff he is not needed. Dusty then taunts Brad for not being able to fire him because he is black. Suddenly the kids show up and Dusty asks them what they call someone who treats people differently because of their skin color. The children answer in unison, "a racist." Before we know it, Griff has moved in.

Daddy's Home celebrates fatherhood and the need for fathers to be present and involved in their children's lives. What do children need most from their fathers? Their time, of course. Yeah, the outcome is never in doubt but a last minute appearance by John Cena got a big reaction and put things into perspective for both Brad and Dusty. This movie is harmless fun with some basic lessons on child rearing. Without the presence of Wahlberg and Ferrell however, playing their standard characters, but still working well together, Daddy's Home could easily be dismissed as a promising television pilot. 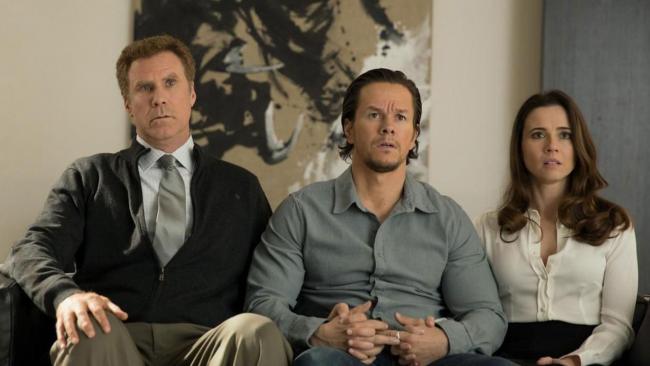 Will Ferrell, Mark Wahlberg, and Linda Cardellini in Daddy's Home.

A television pilot maybe, but a promising one? Only if the promise is that it will be a really horrible one. I've long been a fan of Ferrell's and Wahlberg has won me over by proving that he's more than just muscles and attitude. The two of them made a comical pairing in 2010's The Other Guys, and while they continue to make an odd couple with comedy potential in this film, the script is so bland that any potential is wasted.

The paper thin plot is as predictable as Eric indicated. Supposedly it is loosely based on screenwriter Brian Burns' experience as a stepdad, but I think it's safe to assume that he shared similar feelings as Ferrell's character, but none of the outlandish plot points. I also hope that his wife in real life was more supportive and three-dimensional than the under-used Linda Cardellini is as Ferrell's wife in the film. Her underwritten character ignores the fact that her current husband is obviously uncomfortable and in over his head against her ex-husband. If she had stepped up and simply told her ex-husband that he couldn't stay with them, then this movie would have been a whole lot shorter (and consequently much better).

I agree with Eric that one of the best things a parent can do is spend time with their children, but neither of these guys is an ideal father. They both seem more concerned with their own egos and who gets to be called "dad" than actually being one. When Brad goes all out and lavishes presents on the kids, for example, he does it to prove that he's a better dad than his wife's ex, not because he's thinking about the consequences of giving these presents to the kids. This is a family film, but the children are only minor characters.

There are a few occasionally funny moments. Brad's bosses' stories are amusingly told by Thomas Haden Church and Brad hitting the cheerleader with the basketball made me laugh. These moments are few and far between however, and not nearly enough to fill a full length film. There are almost as many product placements for the Ford Flex as there are actually funny jokes.

Perhaps the most depressing thing about this movie is how successful it was. It earned over $238 million worldwide and is the biggest box office hit of Will Ferrell's career. Actually, there might be something even more depressing than that. With that kind of money, a sequel is probably inevitable. Now that's a thought to truly inspire depression. 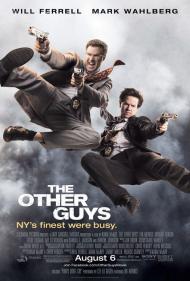