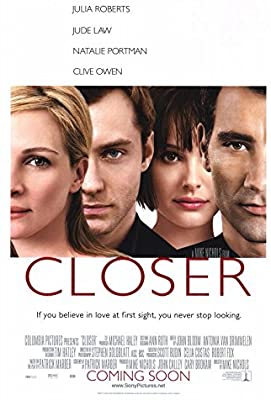 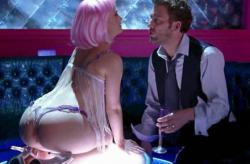 It's easy to see that Closer was once a play. It's frank dialogue and cast of only four characters -- the rest are just extras -- is something you're more likely to see on stage than on the big screen. Thankfully, the director behind this adaptation is Mike Nichols, who has done some of his best work when turning plays into movies starting with his directorial debut, Who's Afraid of Virginia Woolf. With the help of an outstanding cast and a script adapted by the play's original author, Nichols has created one of the best movies of the year.

Although there is a lot of bed hopping in the movie, the real action takes place in the dialogue scenes. In fact, for a movie about sex, there's none shown, and only a tiny bit of nudity. The moments of greatest tension, and the ones that reveal the most about the characters, are the breakup scenes. Frankly dramatic, they're very true to life, or at least as close as a movie ever gets to real life.

For each of the four actors this is their best performance to date. Jude Law has made so many movies this year, but none as adult and as honest as this one. This is the performance that he should have been allowed to give in Alfie. For Portman, this could be the movie that pushes her from teen roles to adult ones. With the Star Wars prequels finally wrapping up, maybe she can get more roles like this one. Clive Owen isn't a household name, but this movie could be the one that makes him a star or at least gives him enough exposure to start making more movies. And as for Roberts, while her career can't go much higher, she does turn in a brilliant performance. Any of these four actors could walk away with an Oscar and I wouldn't be disappointed. The only problem would be choosing between them.

While no movie is ever exactly like life, this movie does what the best movies do; takes real subjects, with real characters and then heightens and glamorizes them into entertainment. All of us have gone through breakups in our life, we just don't all look like the characters in this movie, nor do we get such sizzling dialogue. The movies don't hold up a mirror to nature, but movies like this one hold up a shiny silver screen that shows us a more glamorous reflection of ourselves. 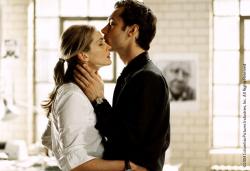 Scott calls the four main characters protagonists and antagonists. I thought of them more as drama queens. Everyone of them thrives on emotional encounters. They all talk about how their jobs and lives are boring so they make up for it by having soap opera loves lives.

These four adults argue over sex like four toddlers arguing over a toy. Dan pretends to be a woman on the internet and flirts with Larry for no apparent reason other than for the hell of it. Larry comes home from a trip to New York and can't wait to tell his wife, Anna, that he slept with a prostitute. She trumps him by informing him that she has had a year long affair with Dan. Alice is in love with Dan one minute then changes her mind the next. The people in this movie do not have sex for the pleasure of it they have sex for the drama it causes.

I did not see realism in these characters. I saw a worn out soap opera. Yes, people often use blatant sexual terms in real life, but we all do not have affairs. This is a soap opera with good directing and acting, but nothing more. Portman looks hot. Roberts looks dumpy. Law is adequate. Owen finally does some decent acting. But just because they all play unlikable and unsympathetic characters that are cruel to each other hardly makes them realistic. 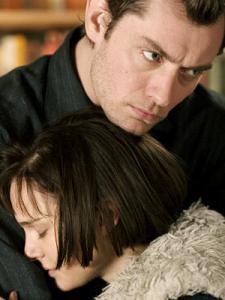 Eric, Larry tells Anna about the prostitute he slept with only after he learns about her affair with Dan. It is an act of revenge. I don’t get your point about not everyone having affairs either. Although that is true it has nothing to do with this movie which never claims that everyone does. Some people play life safe and others lead less disciplined existences that tend to be messy and volatile. This movie is about four such people.

I found the breakup scenes to be spot on. In my life I have begged someone to stay with me and I have had someone plead with me to not leave them. I have also been drilled about the minute sexual details of an illicit tryst and I have been in the position of putting a cheating lover through the third degree about one of their infidelities. As Scott said this movie represents real life and the foibles of human relationships about as accurately as any movie can.

The dialogue is quite frank to the point of being almost embarrassing at times; as if we are eavesdropping an real conversations. Again very true to life. The acting by the four stars is very good with a slight edge going to the guys. But then the relationship between Dan and Larry is more developed than the one between Anna and Alice.

Scott, you mentioned Who’s Afraid of Virginia Woolf?. This could well be Nichols’ intended book-end to that classic. Both movies were adapted from plays and they both feature four characters. Two couples in fact, one older and one younger. They are both slices of life realism, with much heightened drama of course. A line I used in my review for Virginia Woolf also applies to Closer. “This one’s all about the dialogue and the dynamics of the characters.”

On the down side I never felt like I really knew these people. We are given a few hints about their pasts but some of their behavior seems erratic and unlikely. I never believed, for example, that Anna was in love with Dan. And unlike Virginia Woolf, where you feel like you’ve really gotten under the skin of the characters, here it just seems like you have been privy to a few intimate moments in the lives of strangers.