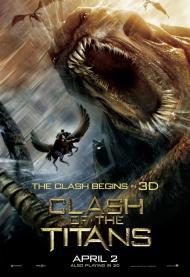 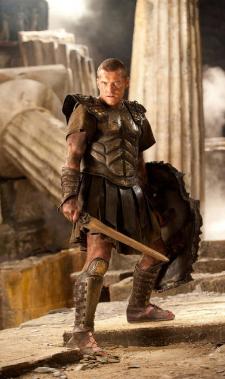 Sam Worthington as Perseus in Clash of the Titans.

In my review for the original Clash of the Titans, I said about this then upcoming remake, "They need to remember to develop the characters as much as they develop the special effects. Otherwise, they'll end up with a movie that's just as bad as this one, only prettier." Sadly, that's exactly what they forgot to do and a prettier, but just as bad (if not worse) movie is exactly what this remake is.

Apart from the characters' names and the setting, the plot of this remake only bears a cursory resemblance to the original. This time around Perseus, the Greek hero, is played by Sam Worthington (Avatar). The son of Zeus and a mortal woman, Perseus's adopted family is killed by the God Hades (Ralph Fiennes) which sets Perseus on a course of revenge. Hades was punishing the city of Argos and Perseus's family got caught in the crossfire. The ruling family of Argos had decided to declare war on the Gods. Hades convinces Zeus (Liam Neeson) to let him release the Kraken in 10 days time unless the city sacrifices their princess to him. Perseus sees this as his chance to save Argos and also get close enough to Hades to kill him.

The biggest problem this movie has is that none of the characters are given much depth. There are lots of action scenes, but when you don't care about anyone in the film the action loses all tension. Worthington's career is on fire right now, but as Perseus he just seems bored. The script doesn't help him much either. He sulks through most of it and declares over and over again that he'll succeed as a man without the help of the gods. In the original Perseus was more than happy to take all kinds of gifts from the gods, and Harry Hamlin had a certain campy charm. Here Perseus is pouty and dull.

As in the original, the most interesting characters here are the Gods themselves. Sadly though, they are given very little screen time. Only Zeus and Hades are main characters. The rest of the Gods only make a cameo appearance and only a couple of them are even allowed to speak. Fiennes is great as Hades, although his character is altered to make him a villain here. I'd rather have seen more of Olympus and less of giant scorpions.

Certainly the special effects are a big improvement. Visually it looks great and is light years ahead of anything in the original. There isn't a bit of claymation in sight. The battle with Medusa is particularly well done and is one of the best action scenes.

There's also a decided lack of comic relief. I didn't expect this to be a comedy, but a sense of adventure and fun would have been nice. One small moment of humor is provided by a nod to the original film when the robotic owl Bobo makes a brief appearance.

Of all the things I expected when going in to see this, boring wasn't one of them. I mean, how hard is it to make an exciting action film when you're dealing with the Greek Gods and myths? There's enough fodder there to make a dozen exciting films. How sad is it that with all those stories and cutting edge special effects this is the best they could come up with! 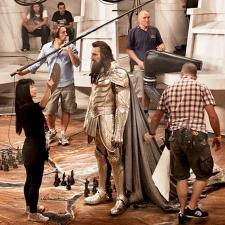 Remember your motivation. You are an all powerfull god that cannot keep his dick in his pants.

"Bored," is a little harsh Scott, but only a little. This movie certainly lacks in character development, but the visuals and action keep it from being dull. It is mostly eye candy, and if you look at it from a purely shallow perspective, it does entertain on a base fantasy level. The movie's best asset is the setting. It contains a world of fantastic cities, and beautiful ocean vistas. Perseus travels the world, killing monsters and dealing with meddling Gods.

With that said, the movie is riddled with problems. The Medusa scene is the best tension wise, but why does she live in the under world? How many victims does that location provide her with? Also, how can the Pegasus fly in and out of the underworld?

To defy his Demi-God status, Perseus refuses several times to use the magic sword Zeus gives him. He is determined to do everything as a man, and not a bastard child of a God. In the climactic fight though, he uses a magic head, a flying horse and the sword, not to mention a convenient lightning bolt from heaven. Like Scott, I think he just should have embraced his heritage all along, instead of whining about it. His pride was all for not anyway, as it is only because of his heritage that he is able to accomplish his goals.

Clash of the Titans (2010) almost makes a statement on religion. According to this movie, the God's of Olympus got their power from mortals praying to them. Thus saying religion only has the power that humans give it. Perseus proudly spends most of the movie denying the Gods, but then the film makes him a hypocrite by having him only succeed because of the Gods. The one and only personality trait given to Perseus is his view toward the Gods, and that never stays consistent. If this movie was at all better written, I would say it was actually a pro-religion film, as it is, I think the writers simply stumbled onto that as they clearly had no clue what they were doing. At the end of the film Perseus learns to accept Zeus's gifts, but he never becomes any more devout because of it. Maybe that makes him more human than he realizes?

Good effects but where is the wonder?

Frankly I was bored by parts of this movie. The scene with Medusa may have had some good CGI but I found it dull and completely lacking in tension. Perseus reminded me of the Hubbell Gardner character from The Way We Were, “Everything came too easily to him.” There isn’t a challenge Perseus faces that he doesn’t easily overcome from defeating Medusa to using Medusa’s head to defeat the Kraken.

The real disappointment for me was how dull the gods are here. The actors in the 1981 version all played to the back row. Here, as Scott said, most of them are seen briefly and given no dialogue. Apollo gets one or two lines. And Liam Neeson’s Zeus is too somber. He is the most powerful being in the world but he doesn’t seem to get much enjoyment out of life. Fiennes fairs somewhat better as Hades but as far as evil villains go there isn’t much memorable about him.

All the special effects in the world can’t create a sense of wonder as this movie proves. The effects in The Wizard of Oz are laughably primitive by comparison but that movie takes you in and makes you wonder what is around every corner and behind every tree. Likewise the 1981 version had that sense of wonder and also of fun. This version, on the other hand, is lifeless eye-candy. 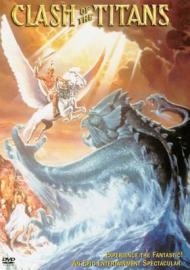 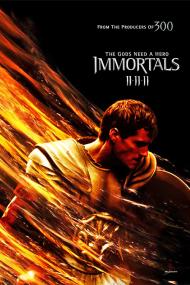 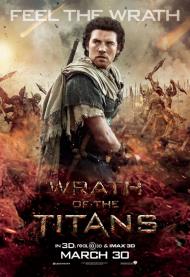