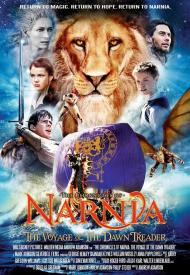 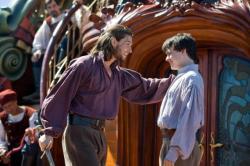 Caspian and Edmund aboard the Dawn Treader

The Narnia movies have all been independent of each other.  They do not end with cliff hangers or leave any small plot lines open to be finished in the next film.  This makes for concise stories, but it does not cause great anticipation in seeing the next installment.

As The Chronicles of Narnia: The Voyage of the Dawn Treader opens, elder siblings Peter and Susan are away while Lucy and Edmund are staying with their uncle and his son Eustace.  World War II is still raging.  Edmund wants to join up while Lucy is having insecurities about her looks.  They do not get along with their cousin Eustace and are none to thrilled to have him transported with them to Narnia.

They enter the magical realm through a painting of an ocean and soon find themselves aboard Prince Caspian's ship, Dawn Treader.  Lucy and Edmund are excited and greeted well by everyone while Eustace just complains about everything.  They take up an adventure of journeying to a series of islands searching for seven swords that when placed on Aslan's table, will stop a spreading evil.

I was never overly caught up in them completing their goal.  As Edmund says to Caspian after being told that there are no wars in Narnia, "So, if there are no wars to fight, then why are we here?"   The sense of urgency is lacking.  It is almost like Caspian was bored and went searching for something to do.  This movie is like the old saying, it is the journey and not the destination.

They visit many islands, and each holds a unique adventure.  One has invisible giants.  One has a treasure trove of gold.  One is filled with people being sacrificed to the spreading evil, represented by a green mist.  Along the way Edmund, Lucy, Caspian and Eustace all learn to face and conquer a personal issue.  The movie is dressed up as a tale of adventure but the real story arc is of the young folk growing up.

Do not get me wrong.  There is plenty of action and excitement to be had.  They fight human slave traders on one island and a dragon attacks their ship on another.  The climactic battle aboard the Dawn Treader with a huge sea serpent is very impressive.

Simon Pegg as Reepicheep is the film's best character.  He is a mouse with the heart of a lion.  He alone befriends the annoying Eustace and becomes his teacher, even though Eustace fights him every step of the way.   Eustace by the way, has a most peculiar voice.  One web site I found claims he is imitating Judi Dench.  IMDB credits Judi Dench as Cousin Eustace.  Does anyone know if that is his voice or that of Judi Dench?

The Voyage of the Dawn Treader is the most blatantly religious of the three films.  They get a star to guide them.  They speak of believing and having faith.  Lucy prays to Aslan to help them.  They journey to the edge of Aslan's world, AKA heaven.  The biggest pulpit moment comes near the end when Lucy asks Aslan if they will see him in the real world.  He answers yes, "Because there I have another name. You must learn to know me by that name. This was the very reason why you were brought to Narnia, that knowing me here for a little, you may know me better there."

The Chronicles of Narnia: The Voyage of the Dawn Treader is a visually good piece of film making with wondrous special effects and plenty of action and mystique.  It never drew me in though.  I felt no rush of excitement at them finishing their quest.  I watched it and enjoyed it, but like the previous ones, it will not stay with me for long.  My time spent traveling on the Dawn Treader was fun while it lasted but it is not a trip I plan on taking again. 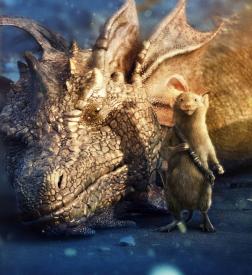 Simon Pegg as Reepicheep is one of the few highlights in Chronicles of Narnia: The Voyage of the Dawn Trader.

I completely agree with you Eric. This is a solid, but unspectacular piece of filmmaking. Visually it looks good. The production values are quite high. Its cast is made up of promising and talented young actors. Even the pacing is quite brisk. And yet it all remains so superficial that I was never invested in the outcome, particularly as because of the nature of the film, you know that it's going to have a happy ending.

A big part of the problem is the way the story is laid out. As Eric said, there's not a strong central plot, just a series of events. Some of the sequences are entertaining. The final battle, involving the sea serpent is probably the best one, although since the serpent is created by the "evil" out of something the heroes think, I was instantly reminded of Ghostbusters and laughed thinking that Edmond should have thought of the Stay-Puff man.

Pegg as Reepicheep is a real bright spot. I was disappointed that Eddie Izzard didn't return to voice the character, but Pegg does a great job of continuing the part. He relationship with Eustace is one of the strongest in the film. And his farewell at the end of the story is one of the only genuinely emotional moments in the whole thing.

Part of my disappointment with this film is that I thought that the last one, Prince Caspian, was a marked improvement over The Lion, The Witch and The Wardrobe, but this is a step backward. I thought that Caspian was a more adult and slightly darker, but Dawn Treader feels very much like a children's film.

I found the religious overtones to be a bit refreshing. They're one of the few unique things about the Narnia series, so why shy away from them? Aslan is one of the best characters, so why not include him more. I know, it would mean straying from the plots of the original books, but these movies could use a shot in the arm anyway, so why not spice them up more.

After the disappointment of this one, I'm not sure they'll even bother to make the next film in the series. If they do, I'll probably see it, but like this one, I won't be rushing to be one of the first.

Aslan, Lucy, Edmund and Prince Caspian in Voyage of the Dawn Treader.

The quest is the weakest part of this installment. The journey is visually impressive and exciting but it feels too episodic. As my brothers wrote there is nothing particularly wrong with Dawn Treader but it isn’t spectacular either.

Once again Lucy and Edmund find themselves in the magical land of Narnia (where they are royalty) and have a series of adventures, this time mostly aboard a ship or on various islands they encounter. I agree with Eric that Prince Caspian seems a bit indifferent to the proceedings.

The story arc of Eustace (who I thought talked like Veruca Salt in Willy Wonka by the way) is the best part of the movie. At the start he is an obnoxious, whiny brat. Then he gets transformed into a dragon and his life changes forever.

With the encouraging of Reepicheep he discovers his inner courage and moral fortitude. He plays a key role in saving the Dawn Treader and its passengers from destruction by the giant sea serpent. As Scott mentioned he shares the movies' emotional high point with the talking mouse that nearly brought tears to my sentimental eyes.

I thought Aslan’s message to Lucy was a bit much however. What he tells her may have been the reason C.S. Lewis wrote these books but the movie didn’t need to spell it out quite so blatantly. The Christian symbolism is clear enough for anyone wishing to see it without dumbing down the lesson for the audience.

The Chronicles of Narnia: The Voyage of the Dawn Treader is better than Lion the Witch and the Wardrobe but inferior to Prince Caspian. Here’s hoping the next installment makes an improvement. Three down four to go. 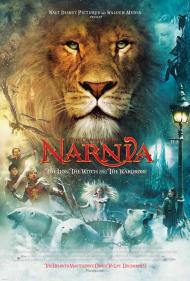 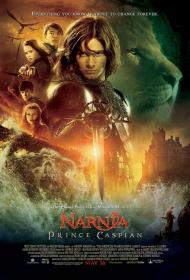