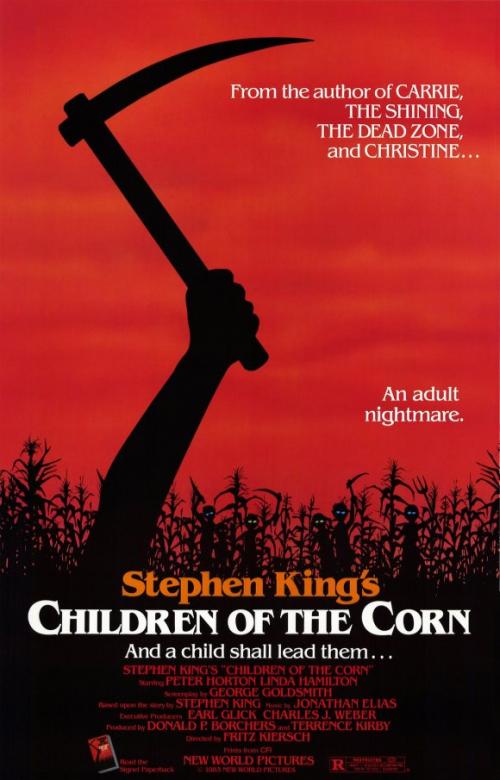 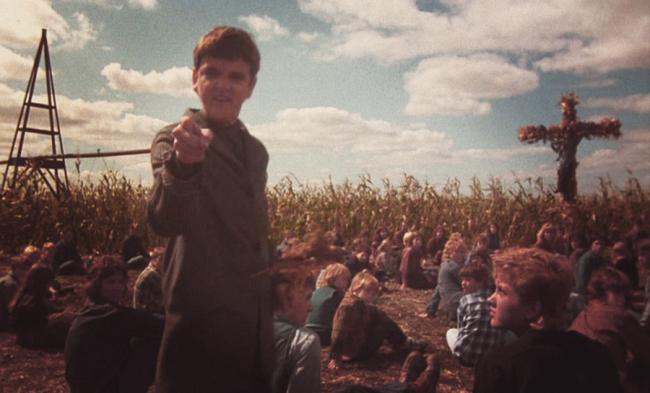 John Franklin in Children of the Corn.

Based on the Stephen King short story of the same name, Children of the Corn is a classic 1980s B-horror movie that launched a franchise and made people terrified of cornfields and farm children dressed like the Amish. It's one of those movies that's so bad, it's actually pretty effing good. It grabs the audience's attention right away. A young boy, identifying himself as Job, narrates a horrifying flashback. Three years prior, a boy preacher named Isaac led all the children in the tiny rural town of Gatlin, Nebraska in massacring all of the town's adults. An everyday morning at the local diner quickly turns into a bloodbath. It's a scene that sets the tone for the entire 90 minute horror/camp fest that is Children of the Corn.

Now, three years hence, the isolated town of Gatlin is home to a very bizarre religion of the death cult variety. It combines elements of various religions including twisted and perverted interpretations of the King James Bible. Corn husks abound throughout the little town and the children worship crucifixes adorned with corn. If any further proof was needed, Children of the Corn provides it. Stephen King has one demented imagination.

With Isaac as their leader, and the muscle being provided by a tall freckled redhead named Malachai (they favor Old Testament prophets), the children of Gatlin now worship a demon who lives among the cornfields that surround the town. They enigmatically refer to him as “He Who Walks Behind the Rows”. Job and his little sister Sarah don't want to join the cult and spend their days hiding-out from the other children at their family home.

Enter Peter Horton and Linda Hamilton. They play an attractive young couple driving cross-country to Seattle where a new job awaits Burt. His girlfriend's name is Vicky. In the middle of cornfield country Nebraska they see a sign for Gatlin. A few minutes later their car hits a boy who was standing in the middle of the road. As a doctor, Burt examines the boy's corpse and quickly realizes that his throat had been slit before he was struck by their car. They put the boy's body in the trunk and stop at a gas station to use the phone to report the accident.

The old man at the gas station acts very strange indeed; telling them he has no phone and warning them not to go to Gatlin. They press on and decide to follow the old man's advice. The only problem is that despite following the signs, every road seems to lead ominously back towards Gatlin. This first half hour or so is great. It's intriguing and eerie as hell. From here it gets truly weird and more campy as the story builds to its climax.

Made for less than a million bucks, Children of the Corn grossed nearly 15 Million dollars in 1984. To date it has spawned eight sequels, although most of them were released directly to DVD and one was made for television by the Syfy channel. It has been spoofed and parodied on many television shows over the years and has made more than a three decade impact on popular culture. Isaac's line, “He wants you too, Malachai!” has become a horror movie classic.

John Franklin and Courtney Gains were both perfectly cast as Isaac and Malachai, respectively. Franklin really hams it up. His performance is equal parts terrifying and campy. His over the top delivery on such lines as, “Outlander! Outlander! We have your woman!” suits the character but occasionally borders on being unintentionally funny. In fact you can view this movie equally as a scary fright fest or you can take a step back and laugh at the glorious ridiculousness of it all. Either way it entertains.