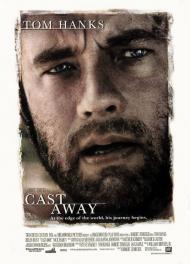 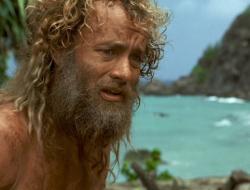 It is obvious that the main appeal for Tom Hanks in choosing this role was the challenge of the extreme physical transformation he undergoes as a man stranded on an island for four years. It is truly astounding. From the moment of the plane crash until he is rescued Cast Away is riveting entertainment. Without stooping to the usual clichés of Robinson Crusoe or The Swiss Family Robinson, director Robert Zemeckis, along with Hanks, realistically show the trials of surviving alone on a deserted island. Here the fight to maintain sanity and a reason for going on are as much, if not more, of a challenge than the actual struggle to stay alive.

Hanks is a dedicated FedEx employee who must leave his soon to be fiancée (Helen Hunt) on Christmas day. As they say goodbye at the airport he utters the very unlucky words of 'I'll be right back.' Of course that ends up being a four-year period during which she believes him to be lost at sea, presumably dead. Without telling too much of the plot I will just say that by the time they are reunited things in her life have changed completely.

The main section of the film and by far the most enjoyable is Hanks on the island. For more than an hour of screen time he is the only person in sight. He collects FedEx packages that are washed up on shore. At first sorting them as if he were still at work, then finally realizing the gravity of his situation he opens them and uses such ordinary things as a pair of ice skates and some videotape as crucial pieces of equipment. He makes a friend from a volleyball, even using his own blood to paint a face on it. He names it Wilson and it is a testament to the power of his acting that before long we are viewing 'him' as a real entity. The relationship between the man and the ball is complete.

The movie unfortunately falters once he is back in civilization. The main emotional thrust of the movie is finished with the rescue and it should have ended then. Instead things are drawn out a bit too long and to say that the ending is a bit anti-climatic is quite an understatement. Still Cast Away is more than worth the price of admission for the middle section of the movie alone. And I for one won't be a bit surprised to hear 'the winner for Best Actor is Tom Hanks' for the third time at the upcoming Oscar ceremony. 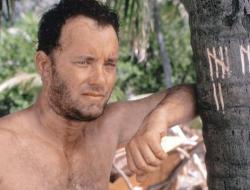 Tom Hanks turns in another Oscar worthy performance as a man stranded on a desert island for years, with nothing to keep him company, except a fading picture of his fiancée and a Wilson Volleyball.

He undergoes both a physical and mental transformation as he is forced to deal with the loss of time. Time being the subject of much symbolism throughout the movie.

I disagree with Patrick that the ending is too long. Perhaps the very end, the part after the resolution between himself and Helen Hunt, could have been trimmed, but to have him return to civilization and merely rush into his fiancée's arms and live happily ever after, would have been too ridiculous.

The real co-star of this movie is Wilson the Volleyball, whom, with the aid of Tom Hanks' wonderful acting, we begin to regard as a real person.

Not a perfect movie, by any means, but one that provides another avenue for Hanks to display his acting chops. 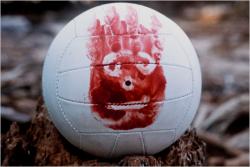 Wilson the volleyball in Cast Away.

As I watched the ludicrous ending of Cast Away, the smack in your face symbolic road crossing scene, I had two thoughts in mind. 'Damn, this movie is long, and could it be any slower?'

My brothers did not get this movie at all. Patrick wrote that the best part was on the island and that the ending was too long. The final third of the movie is the most important. Scott pointed out that the use of time was symbolically used well through out the film. Yes, but that is only part of it. Unlike both of my brothers, I never once thought of the volleyball as a person.

Tom Hanks plays a man that is rushing through life. His job is more important than anything. He leaves his girlfriend and family on Christmas because of his job. He flies around the world with people he never bothers to get to know. Look at the scene where the stewardess is consoling a fellow worker. Tom's character is barely aware of what's going on. He even keeps his girlfriend, Kelly, at an emotional distance. His almost marriage proposal, after dating for years, is almost done through the window of a car on a cold day as he is about to rush off.

He always loved Kelly but he never really took the time to appreciate her. While he is on the island he stares at her photo often. He actually has a better relationship with her on the island than he did when he was physically with her. In the final third of the movie we learn that Kelly was only going after her doctorate to fill time as she waited to finally get married. We see that they truly loved each other but were not actually meant for each other. He was not willing to give her the life she eventually gets.

So folks, what this movie takes 2 and a half hours to say can be summed up in an old 2 second saying; 'stop and smell the roses.' Appreciate the fact that you can start a fire with the flick of a match. Appreciate the convenience of food. Appreciate the people in your life. Most importantly, appreciate faster paced, entertaining movies. 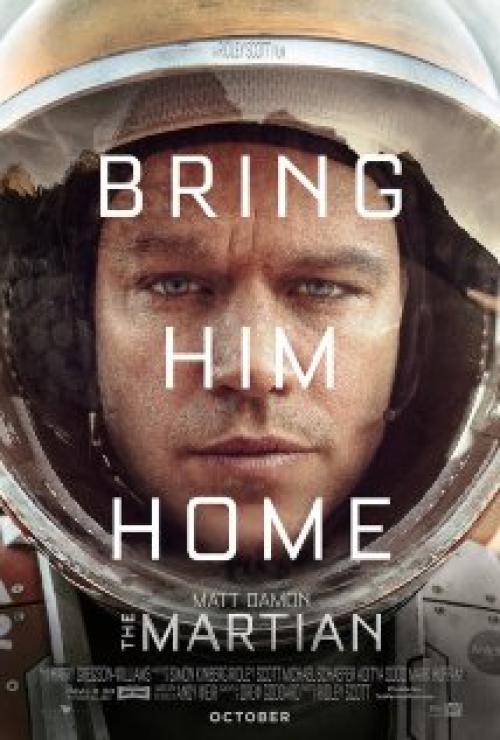