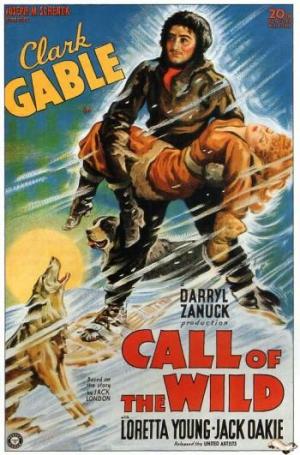 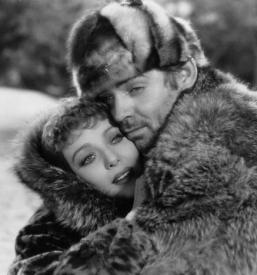 Loretta Young and Clark Gable in The Call of the Wild.

This 1935 screen version of Jack London's celebrated 1903 novella was the third movie adaptation of the story and the first to feature sound. It would be remade yet again in 1972. The book is told from the point of view of the dog Buck as he goes from owner to owner during the Klondike Gold Rush in the Yukon Territory at the turn of the 20th Century. This movie instead focuses on the character of Jack Thornton as he attempts to strike it rich while falling in love with the beautiful Claire Blake (Loretta Young). Fans of the book will find only a few nuggets faithfully transferred from page to screen.

The most famous scene from the book did make it in the movie. Thornton accepts a bet that Buck can pull a half ton sled for 100 yards. And Buck's relationship with the female wolf is shown. But for the most part this is a very different story from the one London wrote. Instead of the incredibly harsh conditions of life encountered by a sled dog, we get a lighthearted romantic adventure film that just happens to feature a big brave dog as a pet.

Gable (on loan out from MGM) is his usual virile alpha male. Jack Oakie is the trusty sidekick that provides comedy relief. The luminous Loretta Young, with those huge soulful eyes, is the damsel in distress who turns out to be far more than just a helpless lady. Thornton and Shorty come upon her as she is about to become wolf food. Thinking her husband is dead she joins up with her rescuers and helps them find a rich gold mine. Add in a wealthy villain and the fact that Mrs. Blake's husband is still alive and you have the stuff of drama.

Gable and Young have a sizzling chemistry together, no doubt because it's real. Gable (a married man at the time) had an affair with his leading lady. This romance produced a child named Judy. For many years Loretta Young insisted the girl was adopted even though she bore a striking resemblance to her two attractive parents. Eventually Young admitted the truth. In a bit of prescience the script has Jack Oakie saying to Gable, in reference to his budding relationship with Loretta Young's character, “You know I know a coupla people who used to fool around like that and they got children now.”

The Call of the Wild features some breathtaking wintry scenery. It was filmed partly on location in the mountains of Washington State. The cast is solid, with Gable strutting his stuff and proving exactly why he was the quintessential leading man in Hollywood for thirty years. Loretta Young provides a spark of romance and Jack Oakie makes a first rate second banana. Reginald Owen is properly despicable as the ruthless Mr. Smith. As you would expect from William A. Wellman, his direction keeps the story clipping along. The ending happens rather abruptly in fact.

Although it's hardly a faithful adaptation of Jack London's classic dog tale, this Call of the Wild still manages to provide plenty of good old fashioned movie entertainment. 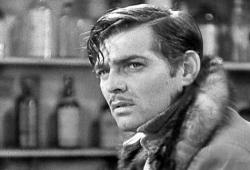 Clark Gable in The Call of the Wild

Having never read the book I had no worries about how this would compare. It stars Clark Gable, what else does an old movie buff need to know. He makes a memorable entrance a few moments into the film by standing on a table, shooting his gun in the air and yelling to the occupants of the bar, “You’re about to take your last look at Jack Thornton’s handsome smiling face, so make the most of it you weasels.”

Jack plans on leaving Alaska until he runs low on money, due to gambling, and gets a tip from Shorty on where to find some gold. Here is where Buck comes into the movie as Jack puts together a sled dog team. Buck is an angry Saint Bernard that Jack encourages to fight another dog to test his mettle. Jack puts him on his sled team but at the first opportunity, he runs away, only to return.

Shortly thereafter, they meet Claire in the wilderness. She is alone and surrounded by wolves until Jack and his gun scare them off. Jack and Shorty race to her as she has collapsed. Jack embraces her, turning her face toward his. See the photo in Patrick's review. I laughed as it revealed Loretta Young’s perfectly made up beautiful face without a hair out of place or a smudge in sight. She has been in the wilderness for a couple of days and has been beating off wolves for who knows how long but looks as if she just got out of a beautician’s chair. In fact, she looks glamorous the entire film.

For his part, Gable looks every inch the matinee idol. He had amazing charisma on top of his good looks. He commanded the screen in ways most actors could never come close to. He carried himself with so much confidence that you just knew his characters could do whatever they set out to.

As Patrick noted, the scenes are very well filmed under Wellman’s direction. One of my favorite ones is when the men take the gold and head down river in a canoe only to have karma bite them in the ass. As Jack watches them meet their fate, he says to Claire, “Well, they wanted gold. Now they got it.”

Another little factoid about this film is that, as Patrick noted, Gable was on loan from MGM. The head of MGM thought Gable was getting a big head showing up to work drunk and acting like a prima donna. To punish him he was loaned out to other studios to show that they could do whatever they wanted with him. However, while filming this movie for 20th Century Fox, Gable learned that he had been nominated for an Academy Award for best actor for It Happened One Night, a film he made on loan to Columbia Pictures. Yeah, he was the King. 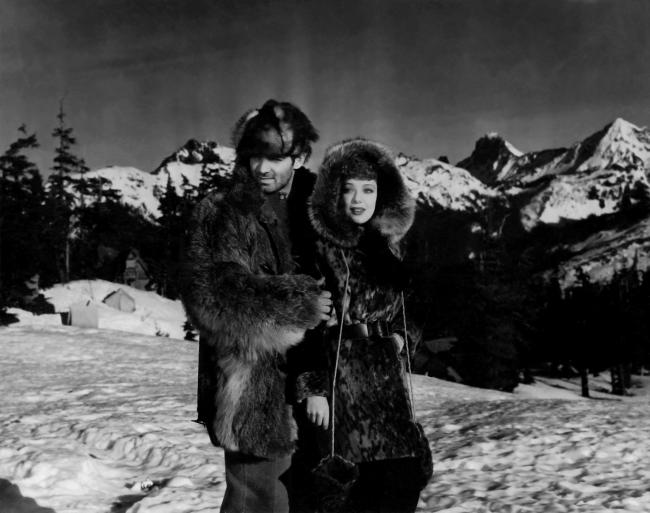 Clark Gable and Loretta Young in The Call of the Wild.

As Patrick said, this is a very different story to the one Jack London wrote. In fact, it's so different that the title has taken on an opposite meaning for the film. Where the book was about a domesticated dog, treated cruelly by most of the humans he meets, slowly reverting to his animal nature and answering the call of the wild, this movie is the reverse. Gable as Thornton, talks early in the film about the only law he knows being the law that says, "if you want something, take it." He calls its a good law, but by the end of the film, he's accepted that it's sometimes nobler to let things go. He rises above the call of the wild and behaves in a very human manner.

Differences aside though, this is a great, little, action adventure story. Despite some darker elements, it's all played very lightly. Jack Oake, as Shorty, provides plenty of comic relief. Gable is his usual charming self. He had one of those smiles that could light up the screen and enough charisma to go around for several ordinary men. Even the film's darkest plot point is never delved into too deeply. That being Loretta Young's Claire falling in love and soon laughing and joking with Shorty and Thornton just days after being forced to abandon her husband to whatever fate befell him in the wilderness. The script is more interested in getting her together with Thornton than it is with showing her mourning the loss of the man she married.

One interesting aspect of the love affair between Thornton and Claire is that it is hinted very strongly that they consummate their relationship. What makes this interesting is that they were allowed to imply this despite being made after the Production Code went into effect. Studio head Daryl Zanuck defended the love affair to the Production Code Administration, denying that their relationship was sexual, and was allowed to keep it in the movie. He was also allowed to keep the scene that shows Buck and a female wolf with puppies, which the PCA had actually objected to as well. Although Zanuck may have denied there was a sexual element to the relationship in the film, it's quite obvious for all to see.

In a sign of the changing times, it's curious to note that while if this movie were to be remade today, the sex would only become more overt, while certain other elements would need to be changed. There are a few lines that would not be considered politically correct today, including the film's final joke about winning a Native American woman in a dice game. And surely, the most famous scene from the book to be included in the movie, that being the scene Patrick mentioned, where Buck pulls a thousand pound weight, would either not be included or would be done entirely with CGI. It's doubtful the ASPCA would allow a real dog to be filmed in the same manner as it is here with what seems like a genuinely heavy weight.

The location scenery adds greatly to the authenticity and makes the more obviously filmed on a set scenes more palatable. It helps when you can see the star's frozen breath in front of their faces. Reportedly, bad weather prevented Wellman from shooting as much of the movie on location as he wanted, but what he did capture helps the movie standout from the normally studio bound films of the 1930s. These scenes are even more helpful in the pristine Blu-ray version of the film, which is so clear and crisp a copy that it's almost difficult to believe that the film was released over 80 years ago.

As both my brothers have said, it hardly matters if you've read the original book or not. The Call of the Wild stands on its own as a great little piece of action adventure.