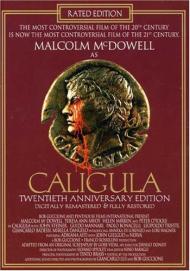 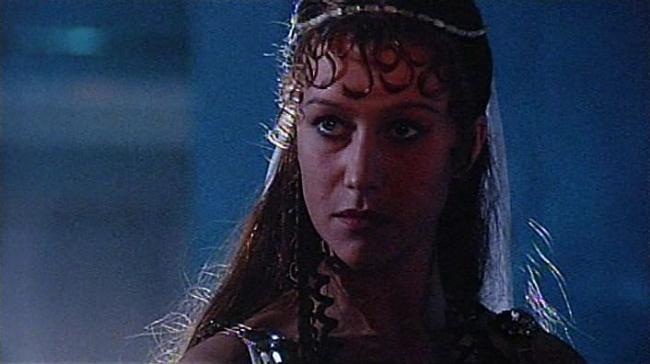 When I first saw Caligula, as a mere teenager, it was quite shocking in its frank display of sex and nudity. A naked butt, breast or full frontal of either sex, is in nearly every scene. Although the shock value is not what it was, it does still entertain.

It tells the story of the rise of Caligula Caesar. He is present at the murder of his Uncle, Tiberius Caesar, and takes over Rome. He trusts no one but his sister. He tries hard to get the Senate to bow to his will. His actions include murder of anyone he thinks has betrayed him. In one poignant scene he gets all of the Senators to repeat after him. He then starts to baah like a sheep and has the Senators do likewise. It is a great political jab at all governments where the leader of a country has senators and congressman walking blindly in step.

Who am I kidding? The only thing this movie is remembered for, other than the famous cast, is the skin and sex. When Caligula goes to visit Tiberius it is in a place of utter decadence. Tiberius swims with what looks like naked teenagers of both sex. The edge of the pool has several topless women who are holding babies. Their breasts are resting on plates, ready to feed the infants. When Caligula wants his senators to obey, he puts all of their wives into a brothel to raise money. "Let them hate me, so long as they fear me." Caligula interrupts a wedding to take the bride’s virginity before the groom can. At least he lets the groom watch.

Caligula is in love with his sister and they have an incestual relationship. The movie opens with her topless, frolicking through the woods with Caligula scampering after. Although it was not as graphic, Gladiator borrowed that plot device.

This movie also does not spare the gore. A general, whose wife was often sent to Caligula’s bed, gets his head removed in a somewhat creative way. The royal family meets with a particularly gruesome death. Their child most heinously.

Caligula’s sanity is always in question. He attacks England with a legion of naked soldiers, when in fact it is merely a pond, and his reward is thousands of reeds. Did he do it to piss off the senate, or was he just crazy. He ties his wife spread eagle at a party. In that position, she gives birth in front of the guests. As she is screaming in labor pains, Caligula gets married to her, now that he has an heir.

Tinto Brass directed this movie, and intended to edit it as well. Penthouse Magazine Publisher and producer on this film, Bob Guccione, fired him and shot several more nude scenes. He then edited it. The result is a sometimes brilliant, sometimes messy piece of work. It can easily be dismissed as trash, and much of it is, but at the core of this film is a nice statement on power, and the corruption it brings. 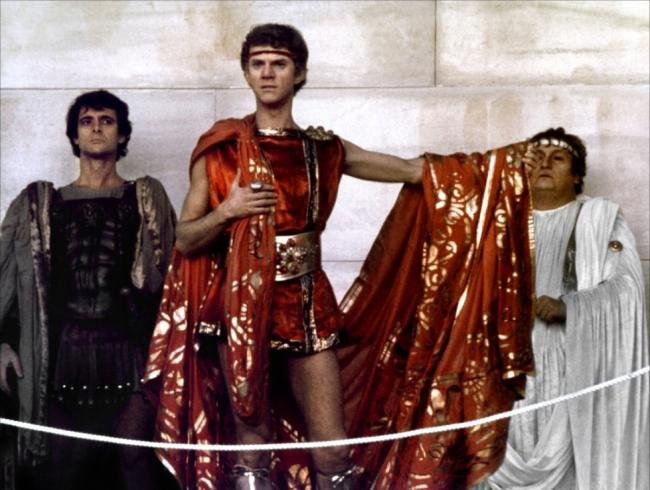 There isn't any part of this movie I would call brilliant Eric. It reminds me of a car wreck that is so horrendous that you just can’t look away. It's not really saying anything very deep about power or anything else for that matter. Maybe the original intention of the filmmakers was to tell an adult story about corruption in ancient Rome, but it gets bogged down in the sex and the scandals (that most modern historians agree was simply rumor and speculation often written centuries after the fact), but mainly the sex.

Despite the well-known cast, the acting isn't all that great. Gielgud seems embarrassed and McDowell does what he does best; which is over emoting in a melodramatic manner, although O'Toole isn’t bad as the depraved and decrepit Tiberius. 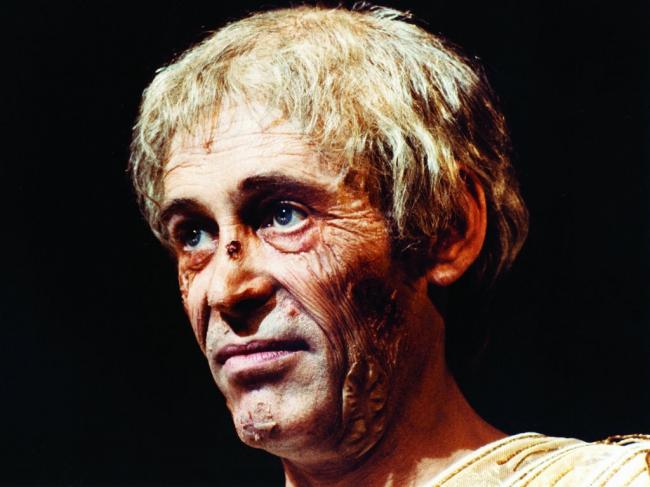 This movie is a mess from start to finish. Gore Vidal disowned his screenplay because Tinto Brass and Malcolm McDowell changed the point of view from Proculus (who survived in the original script) to Caligula himself. Tinto Brass later disowned the movie after Bob Guccione locked him out of the editing room. Besides inserting the hard core sex scenes Guccione butchered the editing.

Many scenes are placed out of order. The opening scene, that you mentioned Eric, of Caligula and Drusilla frolicking in the woods, was supposed to come after Tiberius’ death. The scenes of sexual torture that Caligula fantasizes about were supposed to be witnessed by him during his visit to Tiberius, we still hear the torture and see Caligula glance behind a curtain before there is an obvious cut.

There are also several scenes that were created in the cutting room. Guccione added new dialogue to scenes that had already been filmed using a different script. One is the scene where a group of Senators discuss the chances of Caligula dying from a fever. Bits of this scene were used later when they plot Caligula’s assassination. You will notice that most of the shots obscure the mouths of the speakers so as to disguise the fact that new dialogue has been overdubbed.

Eric, you either watched the edited version or simply chose not to mention that right after Caligula rapes Proculus’ bride he fists Proculus and makes her watch. According to the script Caligula was supposed to rape Proculus in this scene but McDowell refused to do it, although simulating fist fucking apparently was OK with him.

I guess we will never know exactly what ancient Rome was like but I for one doubt the beliefs of the “modern historians’ you mention Scott. Clearly the plotting and murdering really happened and as humans are sexual creatures it makes sense that anyone with the power that the Caesar’s had at their disposal would likely have let their sexual proclivities run wild.

Anytime a movie sets out with the sole intention of shocking an audience it inevitably falls into the trap of taking itself too seriously. Caligula is surely guilty of this. Yet despite all its flaws I found it to be entertaining in a campy over-the-top sort of way.