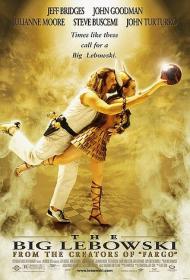 The Big Lebowski is the Coen brothers updated take on Raymond Chandler's The Big Sleep. The events of the story take place in Los Angeles during The Gulf War in 1991. The script is filled with the brother's trademark oddball characters spouting witty, pseudo-intellectual/philosophical bits of dialogue. The soundtrack features an eclectic mix of pop songs, and the movie combines a twisted sense of humor with violence, like most of the Coen brother's films.

Although it tanked at the box office upon its initial release in 1998, it has since attained a cult status and is now revered above nearly all their other films. The Big Lebowski bowling festivals are held in its honor annually in several different countries and there is even an online religion based on Jeff Bridges' 'The Dude' character known as Dudeism – or The Church of the Latter Day Dude. This organization has ordained more than 130,000 Dudeist Priests around the world through its web site.

The movie itself is a mystery involving a kidnapping and the attempts at recovering the one million dollars in ransom money. After Jeffrey “The Dude” Lebowski gets mistaken for a millionaire with the same name, his apartment gets broken into and his favorite rug gets peed on. Which leads to one of several repeated lines in the movie, “That rug really tied the room together.” Along with his two bowling buddies The Dude soon finds himself in the middle of an exciting adventure.

Jeff Bridges leads a wonderful cast as The Dude. He's an aging hippie who has turned being a slacker into an art form. He dresses in a bathrobe in public, smokes weed constantly, drinks copious amounts of White Russians, peppers nearly every sentence with the word “man”, and enjoys bowling. Or as he tells Julianne Moore as Maude Lebowski (the rich guy's artist daughter) when she asks what he does for recreation, “Oh, the usual. I bowl. Drive around. The occasional acid flashback.” He gets solid support from the likes of John Goodman, Steve Buscemi, Tara Reid, Philip Seymour Hoffman, and John Turturro.

Joel and Ethan Coen have repeatedly proven themselves to be two of the most original filmmakers of the past 25 years. Together they have created a unique, but instantly recognizable, movie universe. One that offers a quirky (no review of their movies would be complete without that word) perspective on suburban Americana of the past half century.

They write vividly realized characters who oftentimes speak in pretentious dialogue, that seems intended to show off how clever they are as writers as much as to advance the storyline or provide a laugh. For example John Goodman, as The Dude's buddy Walter Sobchak, makes the following observation, “Nihilists! Fuck me. I mean, say what you like about the tenets of National Socialism, Dude, at least it's an ethos.”

I admire the Coen brothers for their talent, and I appreciate their work, some more than others. But I just don't find this movie to be particularly funny. I enjoyed the story and the weird cast of eccentrics that peopled it. But I don't think I laughed out loud more than once or twice. I know many people consider this to be one of the funniest comedies ever made. Not me. It just doesn't tickle my funny bone.

As a character study and a mystery it works more for me. It's an updated neo noir take on a Raymond Chandler story, and as such it owes quite a bit to Robert Altman's The Long Goodbye. They are quite similar in tone and pacing. Anyone who likes that movie should enjoy this one too. I did, despite the fact that I don't think it's very funny. 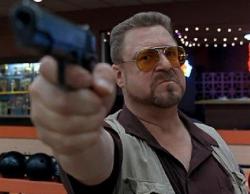 Your foot was over the line.

Five years ago I borrowed a DVD of The Big Lebowski from my brother in-law. I started to watch it, fell asleep and was unimpressed. My brother in-law has yet to ask for the DVD back. After watching it for a second time, I have come to appreciate its humor quite a bit more.

For me, John Goodman is the best thing about this film. He either goes on about being Jewish, "Three thousand years of beautiful tradition, from Moses to Sandy Koufax..." or fighting in Vietnam, "Lady, I got buddies who died face down in the muck so that you and I could enjoy this family restaurant!"  He yells at a waitress.

While at that family restaurant, Goodman responds to the news that someone threatened to castrate the Dude, saying,"Fucking Germans. Nothing changes. Fucking Nazis." Steve Buscemi, as Donny, asks, "They were Nazis, Dude?" Goodman answers for him, "Oh, come on Donny, they were threatening castration! Are we gonna split hairs here? Am I wrong?" My favorite line in the entire film though, is when Dude says to Walter, about another bowler, "And, you know, he's got emotional problems, man." To which Goodman asks, "You mean... beyond pacifism?"

As Patrick wrote, the script is filled with, "...witty, pseudo-intellectual/philosophical bits of dialogue." There is an entire group of people constantly referred to in the film as nihilists. They are considered the villains of the film, but Dude is a bit of a nihilist himself, living a life with little meaning, purpose, or value. The Nihilist movement started in Russia in the 1860s as a rejection of all authority. This is also demonstrated in the film, as very little authority is represented, let alone respected.

Some times a film takes multiple viewings to fully appreciate it. I am grateful that my brother in-law did not want his DVD back, and that Patrick reviewed this film so I that I would re-visit it and discover what a good film it actually is. Unlike Patrick, I found The Big Lebowski to be very funny! 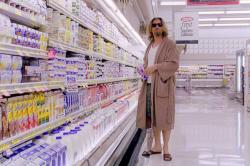 Jeff Bridges as The Dude in The Big Lebowski.

Patrick, based on your reviews of The Coen Brothers' movie, it seems that you enjoy their dramas more than their comedies. Personally, while I wouldn't call it the funniest comedy ever made, I definitely found The Big Lebowski to be funny and often times quite hilarious. I don't however, think that it's the Coens's funniest movie. I would give those honors to Raising Arizona; a movie that Patrick also didn't find funny.

Jeff Bridges is terrific as The Dude. He's been in many movies, but will probably be remembered longest for this part. His laid back attitude is rarely ever ruffled, no matter what the circumstances. As The Dude self describes himself, he's a loser, a deadbeat and someone the square community doesn't give a shit about. He doesn't exactly sound like your typical movie hero and he's not, but at the same time you're still on his side the whole time.Patrick referred to him as an aging hippy and compared the film to Altman's The Long Goodbye from 1973. I agree with both of those comparisons and The Dude really does seem to be a leftover from the 1970s.

As good as Bridges is though, I have to agree with Eric that Goodman is fantastic. He's a constant scene-stealer and his constant bubbling anger that boils over at the slightest provocation is the antithesis of The Dude's relaxed approach to life. Whether he's berating Steve Buscemi, yelling at a high-schooler about his homework or turning a eulogy into a statement about the Vietnam war, he is a constant source of humor.

Quirky, as Patrick wrote, is always a word used about the Coens and this is one of their quirkiest. It doesn't always work. I found Turturro's character to be a quirk too far, but for the most part they pull it off brilliantly.

I agree with Eric again that this is one of those movies where multiple viewings helps. I actually find most of the Coens's films to be like that. At first they just seem odd, but once you're used to their style of writing and filming, you begin to see the humor and the brilliance more clearly. 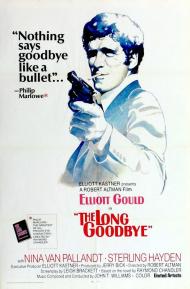