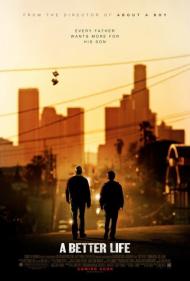 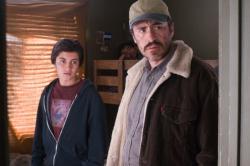 Jose Julian and Demian Bichir in A Better Life

There weren't too many surprises among the 2011 Oscar nominees, but Demian Bichir's nod for Best Actor was hardly a lock. He'd been nominated for a few of the smaller awards and received critical raves, but his movie A Better Life was a small one that didn't get much attention. Having seen it now, I'm glad to say that his nomination was well deserved as he gives one of the most heartfelt performances of the year.

Bichir stars as Carlos Galindo, an illegal immigrant living in the slums of Los Angeles with his teenage son. Carlos works as a gardener and his boss, Blasco, is retiring back to Mexico. He offers to sell Carlos his tools, his truck and his client list for $12,000. Despite knowing that if he's caught driving it without a license or a green card he will be deported, Carlos buys it anyway, seeing it as his chance to achieve a better life for his son.

On his very first day as owner however, fate steps in and his truck is stolen. Carlos and his son then spend the day bonding on the trail of the truck thief much as the father and son did in 1949's The Bicycle Thief to which this movie owes a large debt. As in that earlier film your heart will go out to to this father who only wants to work to provide for his son. Because of Carlos' illegal status however, it seems evident from the beginning that there can be no real happy ending for him.

The relationship between Carlos and his son Luis is a well filmed one. At the beginning of the movie it is easy to dismiss Luis as an ungrateful son who doesn't appreciate what his father is trying to do for him. As the movie progresses however, you realize that Luis has basically had to raise himself. His mother left when he was very little. His Aunt married a man for her green card and moved away and his father works from sunup to sundown. With that and the school he must attend with its gang culture, it's actually a wonder that he turned out as well as he did. As he spends the day with his father, for probably more consecutive hours at a time than he has in years, Luis learns to appreciate his father's struggle.

Bichir does a great job as Carlos. His performance is subdued and natural, which makes it all the more real. Whatever your feelings on illegal immigrants, you would have to possess a heart of stone not to feel empathy for this man and that is down to Bichir's performance. When his truck is stolen and he chases after it on foot in what you know is a futile gesture, stopping when he sees a police officer and knowing that he can't report it, it's a heart breaking moment. And if you can watch the finale without at least a lump in your throat then you my friend, are dead inside.

Although it's doubtful that Bichir will win the Academy Award, hopefully it will raise the awareness of the film. It deserves to be seen and I'm sure that we will be seeing Bichir again.

Demian Bichir and Jose Julian in A Better Life.

Up till now I was only aware of Bichir from his role as a well-dressed Mexican drug kingpin on the Showtime television series Weeds. Apart from his being Mexican Bichir’s role in this movie is about as far removed from that character as you could imagine. As Scott said, he gives a heartbreaking performance (in both Spanish and English) as the poor father struggling to give his son a better life.

The similarities to The Bicycle Thief are quite blatant but this movie certainly deserves credit. It stands on its own as a well made and incredibly moving tale with a sublime central performance. I was in tears during the climactic scene between father and son.

A wise person once said that we shouldn’t judge others until we have walked a mile in their shoes. How many of us - if we were living in a dirt poor village in Mexico, a day’s journey from the United States and the chance of more than quadrupling our barely sustainable income - would illegally enter this country? I know I would. And like Carlos in this movie I would be well aware of the possible consequences of my illegal actions and still gladly take the risk to better myself and my family.

As Scott said, whatever your feelings on illegal immigration you will find yourself rooting for this father and son to succeed in their quest to find the stolen truck. Their few days and nights spent bonding together as they traverse Los Angeles are compelling and emotionally powerful. A Better Life does deserve to be seen by as wide an audience as possible. And I for one will be rooting for Demian Bichir’s name to be called come Oscar night. 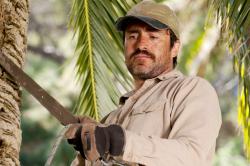 Demian Bichir in A Better Life

As a father of teenage sons, I of course felt great sympathy for Carlos.  His existence is hanging by a thread.  He barely has a job.  A glimmer of hope gets ripped from him.  We are intended to feel for him.  That is the point of the film, and it succeeds.

Where the film really got my attention was that Carlos takes his incarceration with complete understanding.  He knows he has committed several crimes and fully accepts what happens to him.   Being responsible is his greatest quality.  He took care of his sister and is doing what he can for his son.  Although he did seem a little removed when he found out his son was suspended from school.

Everyone wants that break in life that potentially opens up possibilities.  Carlos gets his, only to see it disappear.  Being a parent adds an amount of stress and responsibility unimaginable by anyone who does not have children.   Everything Carlos does is with consideration for Luis.  It is their renewing relationship that Scott wrote about, that is the true heart of the film.

Demian Bichir at first plays Carlos cold, but he warms up, creating a very real, heart felt character.  It is a great subtle performance.  Jose Julian does not fair as well.  He seems like every teenage cliche, wrapped into one pile of angst.

So if stealing money or a car will improve your income, it is okay?  If it is acceptable to commit one crime to improve one's income then why not all crimes?  Who is to say one crime is acceptable above others?

When I was in the Navy and our ship ported in other countries, we were told that we fell under the laws of that country, not the U.S. Navy.   Carlos understood that rule and he paid the price for his crime, without complaint, only to do it again.  We are never told that Carlos is from a, "...dirt poor village in Mexico."  He just says that he met Luis's mother and headed north.

I liked Carlos and I learned to like Luis.  No matter how much I liked them though, I do not excuse his crime.  Poverty in and of itself is not and has never been a legitimate defense in committing any crime.  The fact that he is an illegal, serves to make him more vulnerable.   Carlos is a noble person, accepting his punishment and never complaining about all that life throws at him.    He understands that he is responsible for his life, not his poverty or ex-wife.   He is actually very much a conservative. 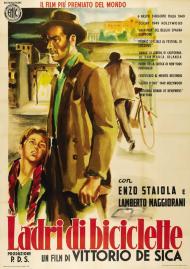