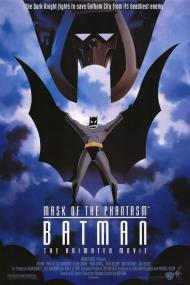 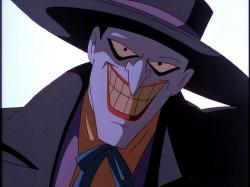 Batman: Mask of the Phantasm was my sixteen year old son's favorite movie when he was young.  He would watch the video all the time, even though a couple of scenes scared him to the point that he would watch it from behind a chair.  He had not seen it in years, so we decided to revisit it.

The first thing that struck me about this film is that it is not computer animated.  Most scenes have very little detail, and some of the drawings seem downright amateurish.  It resembles the animated television show, with the same voice actors.  As that show set a new standard for super hero cartoons, this movie proves that animation quality matters less than a good script.

Mask of the Phantasm includes Batman's origin, but the real plot is Batman dealing with a vigilante, The Phantasm, who is killing off mobsters.  Bruce Wayne meanwhile is dealing with the return of a former lover.  Their relationship is more solid and emotional than any of Batman's love interests in the live action films prior to Nolan taking over.

Although there is a nice back story, there is still plenty of tense action.  One of the best sequences involves Batman almost having  his secret identity exposed after getting his butt kicked by the Phantasm and chased by the police.  This film features several scenes with blood.  The tone of Mask of the Phantasm is very serious and dark.  Christopher Nolan definitely took his cue from this film over any of the previous live action ones.

Everyone but Commissioner Gordon believes Batman is behind the killings.  A nervous mob boss hires The Joker, played with relish by Hamil, to kill the Bat, "What do I look like, pest control?" The Joker has many great lines, "What does an old timer like you, want with a two timer like me."  The Joker use to be a gang member and becomes the Phantasm's next intended victim.  This creates an exciting climactic three way battle.

Batman: Mask of the Phantasm proves that a great animated film does not need computer graphics, or a famous lead actor.  A movie, whether animated or live action, has simply got to be well written,  You must connect with the characters and want to see them through their challenges.  This may be a minor film in the Batman movie library, but it remains one of the best.   In case your wondering, my sixteen year old agrees.

Batman dons the cowl and seals his fate.

This is one of the best representations of Batman ever to be put on film.  At the time of its release, it was the best.  The Tim Burton movies are a miscast mess (apart from Michelle Pfeiffer as Catwoman) and the old series was campy fun, but not to be taken seriously.  Mask of the Phantasm (and the TV series it's a spin-off of) captured exactly the right tone and features some great voice work.

One of my favorite things about this movie is that it seems to be set in the 1940s.  Batman works great in a film noir setting.  The cars, the clothes and the style all set this movie in the 1940s.  Only Batman's Bat-Wing and the computer in his bat cave seem too modern for the story.  The plot and the dialogue all seem as if they could have come straight out of an old movie.

I also enjoyed the love interest that gives Bruce Wayne even more depth than normal.  The way the story is told in flashbacks is well done because it keeps the action happening, but intersperses it with a surprisingly sophisticated love story.

While a script is definitely more important than extra cool animation, good voice acting is also important.  Mark Hamill is definitely great as the Joker, stealing most scenes he appears in, but so is Kevin Conroy as Batman.  He has a very deep booming voice that definitely fits the role.

The Christopher Nolan Batman films are great, but they could learn a thing or two from this movie.  It tells a great Batman tale and it does it in a less than epic running time.

Batman in his proper film noir setting in Mask of the Phantasm.

The old-fashioned animation style used here may lack the sophistication and detail of computer generated images but it works very well for the story. Like Scott I really appreciated the 1940s film noir look with all the sharp camera angles and ominous shadows. The scenes are shot like a live action movie. Batman spying on Andrea and the City Councilman while perched on a ledge in the pouring rain comes to mind.

The story, which has obvious appeal for children as my nephew’s love for it proves, seems to be aimed more at adults. The plentiful action carries a real sense of danger. It isn’t campy like the old television series and it features the right amount of hand-to-hand fisticuffs. Something I have always felt was missing from the live action movies.

As Scott mentioned, it features a rather adult love story being told in flashback. The relationship between Bruce/Batman and Andrea is well-written. Their relationship is romantic; they share several passionate lip-locks that an embarrassed Alfred keeps walking in on.

I concur with Eric about the voice-over talents. Everyone in the impressive cast does a great job with Mark Hamill stealing every scene he’s in as the hammy Joker. Dana Delaney uses just the right sultry tone for her femme fatale.

The mystery is decent and I didn’t guess the identity of the Phantasm. My only complaint is that its powers are never fully explained. Just how it manages to disappear in a puff of smoke at will is one of those details you just have to accept. But hey this is a cartoon after all so it really doesn’t detract from the movie. Batman: Mask of the Phantasm is a great blueprint for anyone seeking to create a film of the iconic superhero, be it live action or animated. 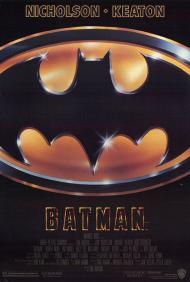