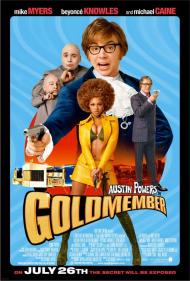 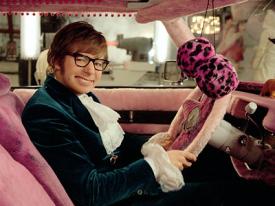 There probably isn't a greater fan of the Austin Powers' movies than myself.  The original Austin Powers only did fair business in the theater and wasn't really discovered until it came out on video.  And then when the sequel did more business during its opening weekend than the first did in its entire run, suddenly everyone was a fan and had been since the beginning.  Well I'm here to say unequivocally, that I was a fan from the first day Austin hit the screen.  These movies struck a perfect chord with me.  A self-proclaimed Anglophile and Bond fan, these movies pressed all my funny buttons.

That said, I must confess that Goldmember is the weakest so far in the series.  That isn't to say that it isn't funny.  It is funny; hilariously so, in fact.  It just seems that a little of the zing and originality is gone from this one.  It's like the Pierce Brosnan Bond compared to the Sean Connery Bond.  They're both good, but nothing will ever compare to those first movies.

This time around Austin Powers's father (Michael Caine) has been kidnapped by the strange Dutch nightclub owner; Goldmember.  Austin discovers that he is being held in New York City, 1975.  Traveling back in time, Austin traces Goldmember to Studio 69.  Here he meets Foxy Cleopatra (Beyoncé Knowles of Destiny's Child), an FBI agent with whom Austin once had an affair.  She's there to get revenge against Goldmember whom she blames for the death of her partner.

Of course it eventually turns out that Goldmember is in league with Dr. Evil and the kidnapping of Mr. Powers Sr. is simply a distraction to keep Austin busy while the two villains develop a Tractor Beam which will pull a meteor into the Earth, that is of course, unless they are paid, $100 Billion dollars!!!!!

What works in this movie is what worked in the previous two.  The character of Austin Powers is so infectiously likable and funny that you can't help but root for him. And you feel for the supposedly villainous Dr. Evil and his dysfunctional family as well, although they don't get quite as much screen time as they did in The Spy Who Shagged Me, where they threatened to steal the movie from Austin himself.  The jokes are of the same style from the first two, and yes some of them are childish, and some of them are drawn out.  But if you enjoy these movies and these jokes, you won't be able to get enough of them anyway.

The few things that don't work in this movie are Michael Caine as Austin's Dad, and the villain Goldmember.  It's not that Michael Caine isn't a great and wonderful actor, because he is, but not much is done with the part.  The original idea was for Sean Connery to play Austin's father, and this would have worked.  Connery's genuine suave ruggedness would have played nicely against Austin's supposed charm.  Michael Caine's portrayal is simply an older version of Austin and they don't really have anything to play against.  The character Goldmember on the other hand is mainly just repulsive instead of funny.  He gets a few good moments, but he also eats his own peeling skin, which I could very easily have missed.

One of the standouts of this movie is Beyoncé Knowles as Foxy Cleopatra.  Her character is like a breath of fresh air into the series.  Sadly however, her part is fairly small.  But when she's on screen, the movie is better for it.

And of course the opening pre-credits sequence featuring some of Hollywood's A-List stars alone, is worth the price of admission.  Where else are you going to see Tom Cruise, Gwyneth Paltrow, Kevin Spacey, Danny DeVito, and Steven Spielberg on the screen together?

Perhaps not as original as the first two movies, Goldmember is still fun and funny. 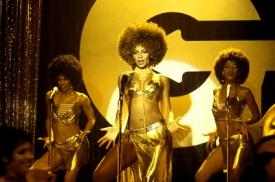 Scott, get over yourself. I don't care if you are the first, only or last fan of the Austin Powers' movies. They are juvenile crap that thrive on catch phrases and a likable lead character. The jokes are all drawn out bathroom humor. You were aghast that I saw the movie Jackass. The Austin Powers movies have the same level of humor, only with accents.

In Goldmember, Austin has to save his father and then the Earth from Dr Evil. That is enough plot summary considering plot has never been a high point in an Austin Power's movie. These movies are all about setting up a joke. Usually a long over done one. At one point Austin and Mini Me are behind a screen. Their silhouette appears as if Austin's penis is picking up an apple. Actually it is Mini-Me's arm. Then for some unexplained reason it appears that Austin is giving birth to Mini Me. This silhouette joke is not funny, just slightly imaginative. Another scene has Dr Evil and Austin climbing a ladder. Austin slips and grabs a hold of Dr Evil's pants pulling them off. Are you ready for the punch line? Staring up between Dr Evil's naked legs Austin says "Dr Evil, I use to think you were crazy, but now I can clearly see you're nuts."

Sad as it is, that is about as funny as this movie gets.

The Austin Powers movies have long had a tradition of "father issues." In the first two movies it was Dr Evil and Scott. Scott not being evil enough for the DR, or Scott being jealous of his dad's affection for Mini Me. In this movie Austin has dad issues himself. Apparently Nigel Powers never spent enough time with his baby boy Austin. Mike Meyers once said in an interview that these movies were first inspired by his British born father. Perhaps these movies are therapeutic for him. This subplot gives a little heart to the movie. but not enough to elevate this otherwise childish film above its potty joke level. 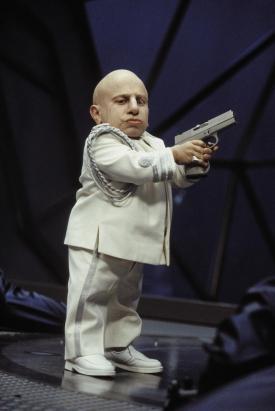 Verne Troyer as Mini-Me in Goldmember.

I disagree with Scott when he writes that this is the weakest entry in the series. On the contrary I think this is the best of the bunch. There is by far more character development here than in the previous two installments. Austin is more well rounded, sure there are still glimmers of his randy self but he seems to have matured a bit. Myers portrayal of Dr. Evil is a standout as well. He is certainly one of the most sympathetic (not to mention pathetic) villains in screen history. Still this movie belongs to Verne Troyer. He is alternately hilarious and tragic as the clueless but lovable Mini-Me/Mini-Austin. He steals many scenes.

Beyonce Knowles is good as Foxy Cleopatra. She is one Bad Ass Mama with Attitude. Much has been written about the fact that Austin, for once, doesn't sleep with the female star. I don't know why this is but I think it adds depth to the movie. Austin is motivated by something other than his overactive sex-drive, namely respect and loyalty.

Goldmember is also paced better than the other movies. A few gags drag on too long (the Mole scene comes to mind) but overall it happens less often this time around.

The title character Goldmember has a few funny -if gross- moments and Fat Bastard is back as well. Between the two of them I'm not sure which one is more disgusting. Fortunately we have Dr. Evil and his familiar crew to balance against these less interesting villains.

Without giving the ending away (and for many it will be completely obvious) I will just say that it was both an hilarious and in a strange way touching moment, and a satisfying way to end the trilogy. 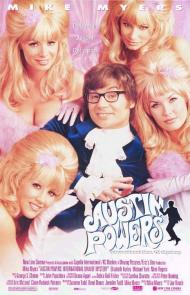 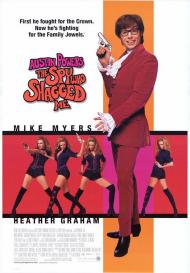