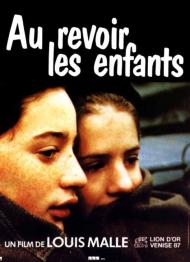 Jean and Julien discovering the world around them.

Au Revoir Les Enfants (goodbye children) was first recommended to me by Patrick.  He went on and on about it.  I saw it many years ago but recently watched it again.  It deserved all of the praise Patrick heaped on it.   I am surprised that I am reviewing it before him.

In a small private Catholic boys school in Nazi occupied France, a 12 year old boy takes a huge step toward becoming a man.  Julien is at that age between childhood and the awakening of manhood.  At the train station he tells his mother he hates her for sending him away to school.  He wants to stay with his mother as all children do when scared to leave her protection.   He does not comprehend the danger of being in Paris.

He and the boys in his class are discovering the attraction to girls, and dealing with erections.  They look at nude pictures and read books that have descriptions of sex.  Julien and the other boys are quite normal in their age development.

Julien's older teenage brother is a bit wiser.  He pursues the piano teacher and steals a kiss from her when he can.  He better understands the political situations going on around them.  For fun he gives German soldiers wrong directions.  Julien sometimes seeks his advice.

Just after Christmas break, a new boy, Jean, comes to their school.  He gets good grades like Julien and at first they are rivals.  Slowly Julien starts to see something strangely different about him.   Jean does not know any of the Catholic prayers.  They become friends and Julien eventually learns Jean's secret.

Malle films it all from Julien's perspective.  It is clear to us who Jean is, but Julien is a child.  It takes him awhile to figure it out.  This is effective as we see Julien learn to think of someone besides himself.

One of the best moments is when Jean and Julien get lost in the woods.  Being young they are scared of everything they hear and see as it is getting dark.  Then they stumble onto a road.  The headlights of a vehicle approaches.  Both boys are relieved, until they see that it is a jeep with three German soldiers.

Au Revoir Les Enfants is about the loss of childhood innocence.  Within a month, Julien witnesses betrayal and heroism like nothing he has read in a book.  Gaspard Manesse has an angelic face with eyes that observe everything.   You can practically see his brain struggling to figure out what is unfolding in front of him.

This story is based on Louis Malle's own experiences as a 12 year old in Nazi occupied France, when he went to a private boarding school.  In the film Julien believes he gives away Jean's secret.  I do not know if that happened to Malle, but the story unfolds almost as an apology.

Malle always had an artistic eye, and Au Revoir Les Enfants is filmed postcard perfect.  Where he succeeds over other works of his that I have seen, is that the subject matter causes an emotional reaction.  We want to step into these children's lives and help them, but alas we are just observers to one child harshly coming into his own while another's life hangs on a cliff.  Au Revoir Les Enfants is one of the greatest foreign language films I have ever seen.

Got any other recommendations Patrick?

Director Louis Malle recreates a day from his childhood he will never forget in Au Revoir Les Enfants.

Like Eric, I hadn’t watched this movie in more than twenty years. Like all great art it produced the same strong emotional reaction in me now that it did when I was a very young adult. Malle shows his brilliance by never sentimentalizing the characters. Sure Julien and Jean become friends but not in a gooey Hollywood manner. It happens naturally and hesitantly and just when they are on the verge of becoming life-altering best friends, cruel fate steps in and creates a disturbing memory that Julien will carry with him for the rest of his life.

The title of the movie is what the priest says to the boys at the end. It also symbolizes a goodbye to childhood innocence which, as Eric wrote, is the theme of the movie. Julien learns the harsh truth about human nature. That it can be ugly with petty revenge or soar on noble wings.

The look and pacing of this film are perfect. It recreates the time and place vividly and moves along quickly without over staying its welcome. There is a whimsical moment where the boys watch Charlie Chaplin (or Charlot as he is known in France) in The Immigrant. It is reminiscent of a similar scene in Preston Sturges’s Sullivan’s Travels; both scenes demonstrate the universal appeal and power of laughter.

Eric mentioned the scene where the boys get lost in the woods. It is a powerful moment. My favorite scene though is when Julien invites Jean to dinner at a restaurant with Julien’s mother and older brother. Julien witnesses first hand the treatment of Jews in France under the Nazi regime. He has by this time figured out Jean’s secret and for the first time the war becomes personal for him.

The entire cast is good but I have to concur with Eric that Gaspard Manesse gives a performance of startling simplicity and complexity. He doesn’t do much that shows outwardly yet he manages to convey all kinds of thoughts and feelings. If you’ve never seen Au Revoir Les Enfants, what are you waiting for? 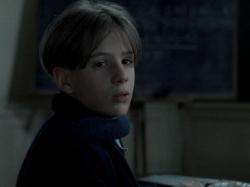 I had never seen Au Revoir Les Enfants before and I don't know what I was waiting for. It is a very good movie. It captures a particular time in childhood quite perfectly. The entire story is shown from that childish perspective and never wavers from it. Although it's not, it really felt to me as though it were based on a book because rarely do movies capture that essence of childhood the way a good book does and the way this movie does.

There's a saying that children can be so cruel and there's some truth to that, as evidenced by the behavior of the students in this movie. When Bonnet and the others first show up at the school, they are picked on and hazed, but there's nothing personal or hateful about it. It's almost inclusionary and the boys way of showing the newcomers that they are a part of the school. It's far different from the way the Gestapo acts at the end of the movie.

One of my first thoughts when the movie started was, just how rich are the Quentins? There's a war on, but that doesn't stop Julien's parents from sending him and his brother to a private school. When the mother arrives for visiting day she takes them out for a nice meal of wine and rabbit. The father, who is never shown, is able to remain in business despite the war and the German occupation, by means never explored. Certainly the mother seems barely inconvenienced by the war, even commenting at dinner that some of these Germans aren't so bad. It's a far cry from how most war movies depict occupied France. Until the end of the film, the Germans are shown as easygoing drunks who even return the children when they are lost. Until the final day depicted in the film, Julien has never experienced the war.

In the end it isn't even the Nazis who bring about the resolution to the story. They are just the instrument of it. It is actually jealousy and bitterness towards the student's life of luxury and privilege that causes Joseph, the French peasant boy from the kitchen, to take the action that he does.

The story is a simple one, merely showing one school's term from Julien's childhood. There are light moments and sad ones, but all of it feels very real. It's such a simple story that I didn't even realize how much it had drawn me in until the very end. Julien is one of the most realistic child characters to be put on film. He's neither precocious or too mature. He is completely believable and we come to feel as if we really knew him. 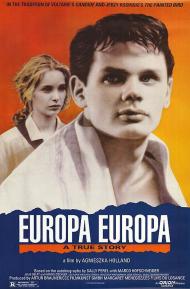 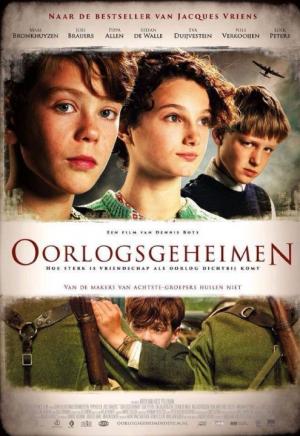