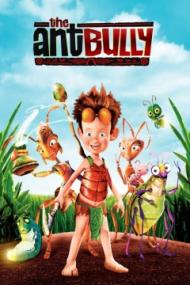 Directed by: John A. Davis 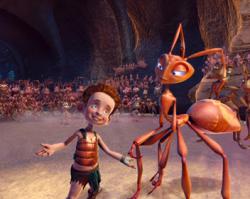 A well known cast provides the voices in The Ant Bully.

The Ant Bully is on one level a passable child"s adventure film. On another level, it is propaganda on the greatness of socialism. Not since Leni Riefenstahl"s Nazi film"s have movies been so full of political innuendoes. Hollywood can"t seem to help itself in putting out films with it"s liberal (socialist) messages.

Lucas is a loner. He gets picked on by the neighborhood bully. His parents, although still together, act impotent when it comes to dealing with their socially stagnant son. Out of boredom, he occasionally picks on a bunch of ants. The ants have nicknamed him , "The Destroyer." One ant develops a potion that shrinks him down to ant size. The Queen ant decrees that he shall work with the ants so that he may better understand them.

While talking to the ants, Lucas learns that the ants all work together for a greater common good. Lucas tells the ant that humans are pretty much out for themselves. The message that if only we humans could be more like the communist ants and all work for the greater good of the commune we would all live in a happier world is loud and clear.

The Ant Bully is worth a couple of chuckles. An ant swears and crosses it"s heart. An ant"s heart is on the back part of their body. "You're supposed to cross your heart, not your butt." Lucas tells her. Most of the movie, however, never creates enough concern for the ants for the audience to care about. I mean, these are just insects after all.