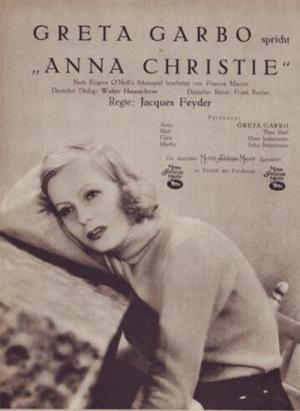 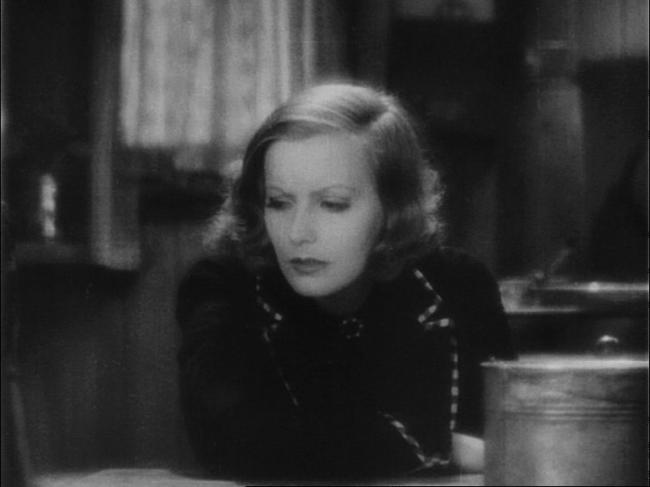 Although I had never seen Anna Christie before, I have heard the famous line that the enchanting Garbo speaks just after she enters the bar. However, I watched the German version with English subtitles. In this version Garbo says, “Whiskey, but not too short.” The bartender asks sarcastically, “Shall I bring a bucket?” Garbo smirks back, “All right by me.”

Although Anna was raised in Minnesota, Garbo is not playing a Midwesterner. In this version I took it that her parents were immigrants. The home she stayed at in Minneapolis was populated by a family of Swedes. Anna later explains that the Swedish boys that lived their desired a Swedish girl and one night when she was alone, one of the boys, “seduced” her. Although she implies that it was closer to rape than anything resembling consensual sex.

Another suggestion that it was not her choice was that she ran away from that home as soon as she could. Without any where to turn, she became a prostitute. She explains to Marthy and later to Chris that she hated every man who ever employed her. She may have been a prostitute but she was not promiscuous.

What I found most interesting about Anna Christie was the sexism of the time. Chris cannot stand the fact that the woman he fell in love with used to be a hooker. He tells her he cannot stop thinking about all of those other men. Earlier we learn that Chris has frequented whore houses in different ports of call. Never does he equate her being a purveyor of sex and his employing of prostitutes. She never complains about his sexual past while he is so bothered by her not being innocent that he wants to end their relationship. Does he not realize that a honeymoon with a skilled pro would be ten times more fun than with a virgin?

Anna Christie is a morality play. None of the four main characters are upstanding or virtuous. Matt is a drunk who abandoned his five year old daughter. Marthy is herself a former prostitute. When she and Anna first meet they recognize each other even though they are complete strangers. Marthy tells Anna, “You are a fine one.” Anna comes back with. “You’re not much better. I’ll look like you in 50 years.” But Marthy gets the last word by proudly stating, “At least I never walked the streets.”

I was not sure how Anna Christie was going to play out. As this was made in those pre-code years there were no standards about redemption or paying a moral due. As Patrick mentioned in his review for the English language version, it is poorly staged with basically two sets but I found myself enjoying the father and daughter reunion and how their tale would unfold. 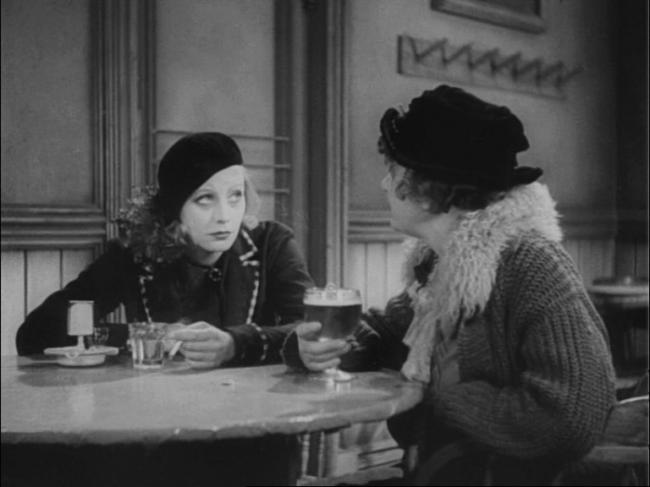 One of the advantages of silent films was that they could play all over the world no matter what the language spoken. All that was needed was the interstitial caption cards to be rewritten in the local language. To achieve this same effect when talkies began and before subtitles became widely used, Hollywood studios would often film multiple language versions of the same films, often with completely different supporting casts. Only a few of these MLVs (as they're known) still exist. The Blue Angel, Dracula, and Anna Christie are a few of the more well known films in foreign languages that survived. While you wouldn't think that merely changing the language could improve a film so much, especially when the dialogue remains so close to the original, in the case of this film, every single thing about this German language version is superior to the original English one.

The biggest improvement is the toning down of the performances. Gone is Marie Dressler's hammy performance and gone are the exaggerated accents of Anna's father and boyfriend. Even Garbo herself seems more relaxed speaking German. Maybe part of this naturalization of performances is due to the fact that this German version was filmed almost a year later than the English one. Sound technology was advancing fast in those days as were acting styles as studios adapted to talking pictures. Whatever the reason, while the melodrama remains in what is essentially a soap opera plot, it feels less contrived and more realistic.

Another major improvement is the relationship between Anna and Matt. Again, while the dialogue remains mostly the same, it is played much lighter. Garbo and Shall share a chemistry that is notably absent between Garbo and Bickford in the English language version. This is most notable in two scenes. When they first meet, both versions of Matt try to kiss Anna, but Bickford is much rougher and almost acts as though he intends to molest her to some degree, while Shall plays it lighter and more flirtatious. More important is the scene of their date on Coney Island. The two of them flirt and romance each other and I believed in their relationship in this version, where in the English language version I never saw what Anna saw in Matt. It seems simply that he's the first man to come along and so she's going to marry him, where here her love for him is evident.

Even the editing is improved in this version. It's smoother and more natural. The only scene to feature some rough cuts is the final one, which does jump a couple of times. In fact, it's so jittery that I wonder if instead of the editing, these moments are actually damage to the original negative. 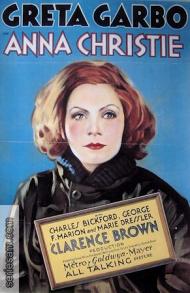