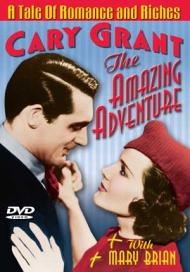 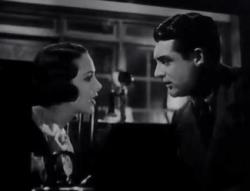 Cary Grant stars in this rather simple story of Ernest Bliss, a wealthy young man-about-London that goes to see his doctor because he can't figure out why he feels so lethargic, not realizing that he is simply depressed from boredom. After finding nothing physically wrong with him, his doctor gets him to agree to a fifty-thousand-pound wager. He must go out into the world and earn his own way for one year, taking only a five-pound note with him. Determined to win the bet Ernest sets out full of hope and youthful optimism.

He has a few tame adventures along the way and meets the prerequisite pretty girl. He does use his money to anonymously help those around him but steadfastly refuses to spend any of it on himself. It is clear to the audience long before it is to Ernest that the remedy was just what the doctor ordered. No longer living a life of pampered leisure Ernest Bliss has no time to feel depressed or sorry for himself. In one amusing scene he is working as a cabbie when he picks up his doctor who, of course, doesn't recognize him. He proudly introduces himself and tells the doctor he has only seven months to go to win the bet.

Remembered today only because of the immortal Cary Grant,  Amazing Adventure doesn't really live up to its title. More appropriately called 'A Mildly Amusing On A Rainy Day If You Aren't Expecting Too Much Adventure'. I recommend this one for Cary Grant fans only or for fans of semi-obscure, black & white, British movies from the thirties. 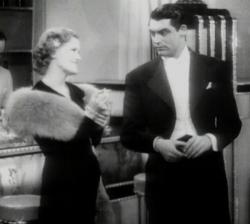 Oh those bored, depressed, sad rich people. The Amazing Adventure was made during the depression and was obviously meant to be uplifting to the "common" man of the time by showing rich people as superficial, corrupt and very, very dull. Every working class or poor person is shown as very kind and sweet. At one point Grant can't pay his rent but the poor old landlady smiles sweetly and lets it slide.

The entire film is insulting to rich people. They are shown dining and giving each other expensive, meaningless, gifts. The movie's moral is that Grant learns how to better spend his money and thus help poor people.

Cary Grant is one of the greatest movie stars of all time! However, this movie is a complete throwaway. This film may have been made for a social commentary, but I wish it had been made for entertainment sake as well. 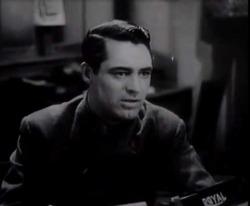 Cary Grant in a not so amazing, Amazing Adventure.

Patrick, I like your idea for the title better than the one they used. It's just really not all that amazing or much of an adventure and doesn't deserved to be called either. It's also not much of a quest as the original title when released in England was The Amazing Quest of Mr. Ernest Bliss. It was also alternately known as Romance and Riches in the US, and it doesn't contain much romance either.

Despite this being the only movie the English born Grant made in the UK for an English film studio, he still doesn't use his English accent, sticking to that distinctive transatlantic speaking voice of his. He still manages to demonstrate the casual charm that made him the greatest romantic comedy lead of all time, but the material just doesn't live up to his ability.  He isn't helped by the fact that his female co-star, Mary Brian, is fairly dull, although she in turn isn't helped by the lackluster script.

Although I normally complain about movies being too long, this one might have been helped with a little more backstory. We learn almost nothing about Grant's character before he takes the bet, except for his brief refusal to loan a friend some money. We should have been given a greater contrast by seeing him lead the dissolute lifestyle that prompts him to see the doctor.

I also agree with you Eric that it's rather laughable, although of the times I suppose, that every poor person is shown to be so overly nice. I don't quite see how it's insulting to rich people though, or even if it was, why it should bother you so much. It's not saying all rich people are that way anyway. Look at the doctor who makes the bet with Ernest. He's obviously got money and he operates a free clinic. It's only saying that the Bright Young Things, which the era was famous for, could better spend their time and money than on drinking and partying.

With a better, and more importantly, funnier script, this movie could have been something. The central idea has been used in other, far better movies than this. I was reminded of both Sullivan's Travels and My Man Godfrey. Only both of those movies had the good sense to provide some real humor, particularly My Man Godfrey.