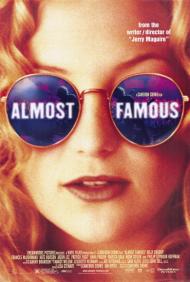 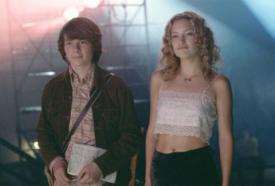 Almost Famous starts quite interestingly enough. We meet a teenage boy with a rebellious sister and a paranoid mother. The mother believes rock 'n' roll serves no purpose other than to glorify drugs. She goes as far as to point at the eyes of Simon and Garfunkle on their album cover to imply they are dilated from drug use.

The sister runs off to be a stewardess and the boy heads off to travel with a rock band called Stillwater. He witnesses all the drugs and sex his mother warned him about. She evens calls him daily to remind him to not do any drugs. He befriends the guitar player who is banging this groupie who calls herself Penny Lane. The boy falls in love with her. In fact, one of the best scene is the one where he first discovers he feels that way. She is on the bathroom floor getting her stomach pumped after taking a bottle of Quaaludes as he lovingly watches. Meanwhile the soundtrack plays Stevie Wonder's 'My Cheri Amour'.

The film has a few good scenes but there is really no one to root for. The boy acting as a reporter really just observes things around him. He is pretty much without a personality. The guitar player is a jerk who slightly redeems himself at the end and the groupie is little more than a dizzy slut. The only character with any character is his mother. Unfortunately she gets too little screen time.

This movie is like having a good relationship that never gets consummated. You have a good enough time but there is never a moment where you go WOW! 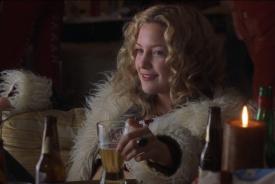 Unlike Eric, I loved Almost Famous. I found all the characters to be, if not all likable, at least full, and well rounded. This is one of those bittersweet coming of age stories like so many other coming of age stories, but this one really works. I was definitely rooting for young Billy.

As most people know, who have heard of this movie, the script was written by it's director, Cameron Crowe, and is semi-autobiographical. He took a period from his own youth, a time when starting at the young age of 15, he was writing for Rolling Stone magazine, and condensed several years into one. The thrust of the plot takes place over the course of a couple weeks, while Billy, the Cameron Crowe character, follows the fictional band, Stillwater on tour.

The movie captures a time period in history, in this case the early 1970's, and captures it well, without ever thrusting it in your face. It makes good use of the music from the times and includes some 'new' 70's songs written for Stillwater. The fashion, the freedom, the drug use, and the music all form a backdrop without ever getting in the way of the characters.

Characters are the heart of Almost Famous.

As Eric mentioned, Frances McDormand is very good as the anti-rock 'n' roll Mom. Her character works because she doesn't come across as reactionary or heavy handed, just a responsible, strong willed, and caring parent. As several of the drug taking, free living, rock band members comment, 'Your Mom freaks me out.'

I also liked Kate Hudson as Penny Lane. Her sultry, but innocent portrayal of the lead Band-Aid was one of the highlights of the film for me. She comes across at the beginning as knowledgeable and worldly, especially when compared to young Billy. By the end of the movie though, you realize that in reality, Billy knows a lot more about 'real' life than she does.

A great thing about this movie, is that it shows that the most well adjusted, get ahead person is Billy. He might, in the words of one of the characters, 'not ever be cool', but he comes from a caring, loving family where he receives the support of a strong willed parent. It is her concern, love, and support that keep him grounded in the wild world of Rock 'n' Roll in the 70's. 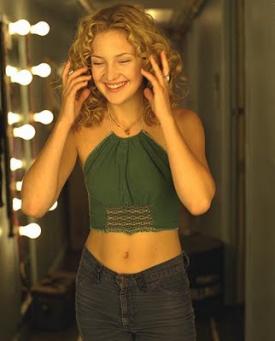 Almost Famous is almost a great movie. I agree with Eric that it starts out quite interesting and I agree with Scott that it successfully recreates the times and features well-rounded characters. I disagree with Eric's inability to relate to or appreciate characters that aren't “normal" enough for him. Yes people in this movie do drugs and yes they have promiscuous sex lives. So what! By labeling Penny Lane “a dizzy slut" he dehumanizes her. What I saw was a vulnerable young woman desperately in search of some kind of fulfillment. As she tells Billy “It's like we're all at the circus trying not to go home." She is a true romantic and a great character.

Philip Seymour Hoffman plays a rock and roll critic who advises the young reporter, even writing lines for him to use. He tells Billy not to become friends with his musical idols but of course we know he will. Given the situation who wouldn't? The band Stillwater, though fictitious, embodies the look and sound of the era. Even the love-hate relationship between lead singer and guitar player is very Mick Jagger and Keith Richards. All of the characters in Almost Famous, including, as already mentioned, Billy's mom, are somehow original and archetypal at the same time. Cameron Crowe writes them beautifully.

Unfortunately he is not as adept at writing plot. The weakness of this film as entertainment is that (although I hate to agree with Eric) not much happens. There are individual scenes that work; when Russell drops acid at a party and ends up on the roof proclaiming “I am a golden God" for example. And although there are moments of genuine emotional drama there are an equal number of overly sentimental ones. The scene where the entire bus starts singing along to Elton John's Tiny Dancer comes across as slightly hokey.

Nonetheless Almost Famous is a movie worth watching if only for its memorable characters.