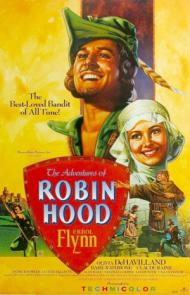 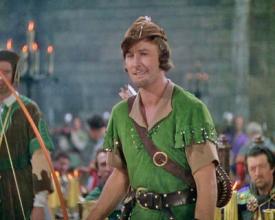 Errol Flynn in The Adventures of Robin Hood.

Errol Flynn appears to be having the time of his life playing the larger than life character, Robin Hood. He battles the soldiers of Prince John and goes about robbing from the rich and giving to the poor. In his spare time he romances Maid Marian, Olivia de Havilland.

The movie is a great action flick. Robin Hood escaping from the castle early in the movie had my youngest son cheering. The scenes where Robin meets Little John and Friar Tuck are funny and classic, thanks in part to a Daffy Duck/Porky Pig cartoon that imitates the scenes as well as a Bugs Bunny cartoon featuring a clip of Errol Flynn. The fight at the end of the movie between Basil Rathbone and Flynn is one of the best filmed sword fights in cinematic history.

Besides Flynn and de Havilland, the cast is filled with recognizable faces. Claude Rains would later go on to appear in such classics as Casablanca and Lawrence of Arabia. Basil Rathbone played Sherlock Holmes. Eugene Pallette played Carole Lombard's stressed-out father in My Man Godfrey. Rathbone and Pallette would practically reprise their roles two years later in The Mark of Zorro. Pallette would again play a feisty man of the cloth and Rathbone plays another sword wielding bad guy.

Just as every boy growing up should read Tom Sawyer, every boy should watch The Adventures of Robin Hood. This version, not the Kevin Costner remake. The 1938 version is harmless fun with just as much excitement and action as any of today's movies. The best part is that it has none of today's language and sexuality. Before your kids grow up too fast, let them watch one of the most fun films ever made, and hey, you will likely find yourself enjoying it too. 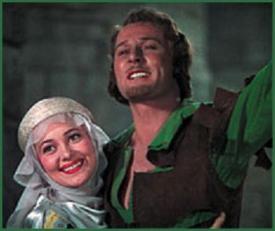 Olivia de Havilland and Errol Flynn in The Adventures of Robin Hood.

Classic, classic, classic Technicolor extravaganza that, as Eric said, is pure family entertainment. Just as sound was the major new innovation of the late-twenties, color became more and more common near the end of the thirties and this is one of the most famous early examples of it. The tapestry of colors in this movie are so vibrant they literally seem to jump off the screen. The deep vivid hues of blue, red, yellow, green and purple provide a feast for the eyes.

When you think about it, Robin Hood was the first true superhero and 1938 was the perfect year for the most famous movie about him to be made. Set more than three-hundred years before Columbus sailed, he represents a ruggedly innocent and imaginitively rich (but often overlooked) period in human history, the Roman Empire was long dead but the great European Renaissance was still a few hundred years in the future. 1938 happened to be the year that Superman made his debut in Action Comics. Errol Flynn's Robin Hood combines the majesty and intrigue of the romantic past with the modern-day attitude of a comicbook hero.

Eric mentioned many of the great supporting players, but failed to mention Alan Hale as Little John. He was a major character actor who appeared in many, many classic movies. Younger fans may be more familiar with his look-alike son who played the Skipper on the sitcom Gilligan's Island.

From the opening action-sequence to the rousing sword fight finale I concur 100% with my brother's opinion. Color this one perfect! 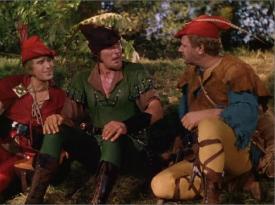 Rarely do I so completely agree with both my brothers about a movie, but with The Adventures of Robin Hood, I can only reiterate their sentiments. It is an incredibly fun movie for children and adults a like.

Flynn makes the perfect Robin Hood, although in this film it would be more accurate to call him Robin Little-Green-Feathered-Hat. His easygoing cockiness as the charming rogue sets exactly the right tone for the movie. No matter the situation and no matter how bad the odds are against him, his smile and swagger never desert him.

Like Patrick, I was impressed by the quality of color in the movie. It is so vibrant and stands out so well, even today, that it amazes me that it still took another fifteen years for color films to become the norm.

An interesting side note that links this movie to today's movies is that Bob Anderson, a young stunt coordinator on this film, would eventually go on to become a Fencing Master who is still working today. He is the man behind the light saber battles in the original Star Wars Trilogy, as well the man who trained Viggo Mortensen to fight in the Lord of the Rings films, and also Johnny Depp and Orlando Bloom in The Pirates of the Caribbean. Now, that's a cinematic pedigree in which to be proud. 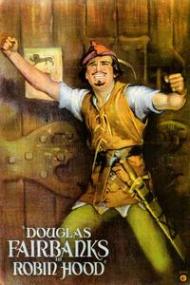 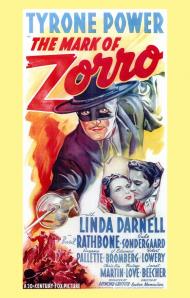 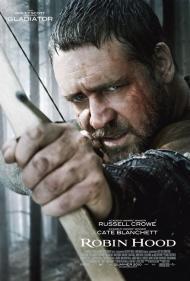