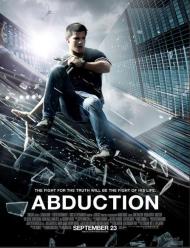 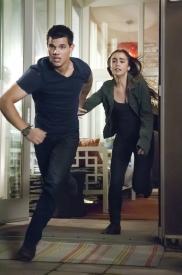 John Singleton's career has evolved from personal racial experiences to action films.  He began his career with the brilliant Boyz in the Hood, showing a slice of American life not often seen on the big screen.  He continued with another all black cast love story Poetic Justice.  He then made Higher Learning, a dark look at conflicts between college students from different racial backgrounds.  Then came Shaft, an action film with a black lead.  He then directed the racially mixed cast of 2 Fast 2 Furious.  Now 6 years since his last film, Four Brothers (in which two brothers are black and two are white) comes Abduction, in which the only black character is the lead's best friend.

I take my first sentence back.  John Singleton's career has devolved.  His films went from showing black Americans from gang ridden neighborhoods as people that anyone, of any race, can relate to, to a throw away action film with a token black.

Nathan is your typical Hollywood movie teenager.  He comes from an upper middle class family where he has his own nice car.  He lives across the street form the girl of his dreams.  He is the star on the wrestling team.  He goes to one of those alcohol filled high school parties, and barely gets into any trouble.  Last but not least, he looks like Taylor Lautner.   I am white, but I relate more to Tre Styles than this guy.

His cliched world comes crumbling down one night when some men knock on his door and proceed to kill his parents, whom he just learned were not his actual parents.   He goes on the run, taking along the hottie from across the street, Karen, who just happened to be in the wrong place at the wrong time.  The shrink he has been seeing, Weaver, shows up to give him the location of a safe house but no other information, even though you know she knows more.

The film moves from one poorly edited action scene to the next.  While on a train, Karen gets grabbed while trying to bring her and Nathan lunch from the food car.  She drops the tray of food and drinks in the process.  The guy then asks her which compartment Nathan is in.  If he had just kept following her, would he not have found out?  Seconds later, Nathan goes looking for her, walking down the same narrow passage way to the food car.  The mess on the floor should have been a clue but it is nowhere to be seen.

Shortly after escaping the train they run through the woods for some distance.  The CIA flies out in a helicopter to the spot where the train has stopped in the middle of some woods.  Cut to Nathan and Karen walking down a country road with the same CIA man and woman pulling up behind them in a vehicle.  Did the original script call for them to get caught that way or did the editor fall asleep putting the scenes together?

The final action scene builds to a showdown at PNC Park, during the Pirates home Opener.  Nathan is to meet the head bad guy, who wants something from him.  The sequence is intended to be tense and exciting, and for a few moments it almost gets there.  Then someone else shows up and creates the most groan inducing moment of the year.   You will not have a hard time figuring out who it is.

In the most generic way, Abduction can be entertaining.  It keeps moving along and has enough uninspired action scenes to keep you awake.  Lautner has the build of a young action star, but he never lets us in emotionally.  He cries a couple of times but it is not enough for us to really care about him.  We want him to succeed, but only because the plot sets him up to.

I am not sure what attracted Singleton to this film.  Maybe he wanted to make a film that had nothing to do with racial issues, or maybe he just needed a pay check.  If those were the case then he succeeded.  If he genuinely intended to make a great action film, well....not so much. 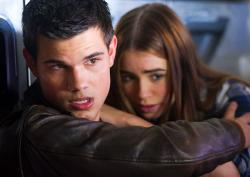 Eric, you mention the poor editing, but to me it's the script that is really to blame. It's filled with plot holes and coincidences and several moments that defy explanation. There are a few scenes that almost work and I'm sure that Lautner still has a career ahead of him, but I don't think he'll be putting this one on his resume.

The entire plot and the villain's plan makes no sense. He wants to kidnap Lautner's Nathan in the hopes of holding him hostage in exchange for a list of names that Nathan's real father has. The thing is, Nathan's father has the list electronically and has in fact texted it to a cell phone. How then, does Kozlow (the villain) expect to get the list back? It's not on a piece of paper. The list could have been emailed and texted to who knows how many people. It's a genie that is out of the bottle and you can't put it back. And why hasn't Nathan's father already emailed it to his superiors? Why is he waiting? Once everyone knows who is on the list, than there's no longer a reason for Kozlow to kidnap Nathan, so why is he keeping it to himself?

You also mentioned the scene on the train Eric. It's a scene that feels completely tacked onto the film simply so the filmmakers can include a scene on a train. The only reason Nathan and Karen get on the train is because they heard a name mentioned of someone they can trust in Oklahoma. They don't know who it is and I don't know what they're expecting to do when they get there and it doesn't matter because they never get there anyway. I would have thought a simple phone call to this person would make more sense. I mean, aren't they going to feel pretty foolish if they take a train across the country only to find out that this guy is on vacation?

Another plot point I have to question is why does Sigourney Weaver's character abandon Nathan and Karen at the beginning of the movie? Why doesn't she at least set up a time and a place where they can rendezvous? What does she expect them to do after they jump out of her car?

Nathan also seems to recover from the death of his "parents" and the loss of everything he knew  pretty damn quickly. The whole movie takes place in just a couple of days and yet by the end of it he's smiling and joking and quite happy to just move on with his life.

It seems to me that someone came up with the idea of putting Lautner in a situation where he could try to be a young Jason Bourne. They came up with a list of situations they could place him in and then tried to build a plot around those situations. The result is individual scenes - like the fight on the train - that work, but as a whole the movie never does. 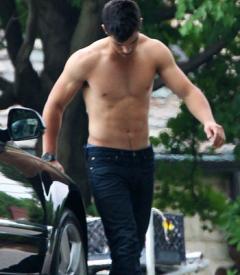 You are both right. This movie is poorly edited and the script sucks. But its problems don’t stop there. The direction is lackluster (what went wrong John Singleton?) and the acting is stiff when it’s not embarrassingly earnest. Alfred Molina and Sigourney Weaver should be given credit for getting all their lines out with a straight face.

Scott, I think you are on to something when you wrote that the idea of Lautner in an action movie came first, followed by a thrown together storyline. As you pointed out the central conceit of the plot (the much sought after list) makes absolutely no sense. While Alfred Hitchcock was the first to admit the details of the McGuffin are not important to the story, it has to at least be plausible enough for the audience to buy into.

Taylor Lautner is adorably cute but his talents are limited. The best thing I can say about his acting is that he looks good with his shirt off. I actually laughed during the scene where his “father” fights him in order to “train” him. You know, just in case the bad guys show up.

Surprise, surprise they do just a few scenes later. Apparently beating the shit out of your teenaged son is an effective training method. While he and his fellow professionally trained, CIA operative wife are no match for a couple of rogue agents, his son and the girl next door are.

As a purely adrenaline fueled thrill ride there are moments that entertain. I agree that the fight on the train is the best scene and Lautner’s finest moment. He at least has the physique to believably kick out a train window and throw a large man through it. Taken as a whole, though, Abduction is a brainless dud. 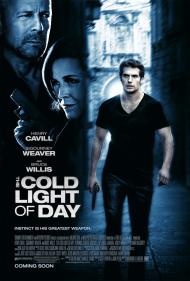