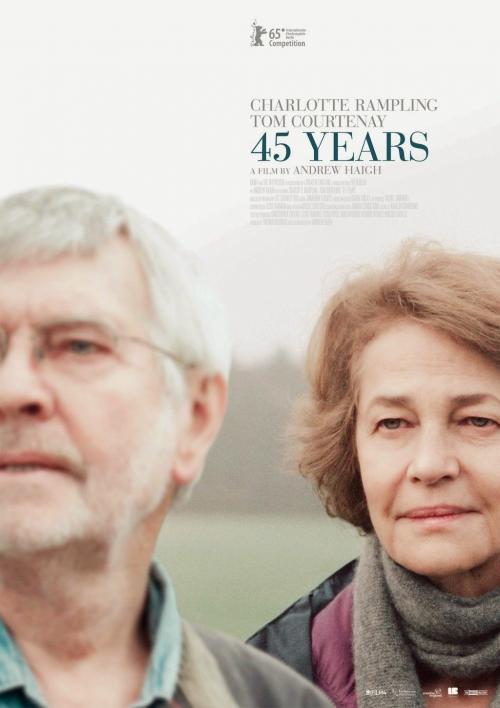 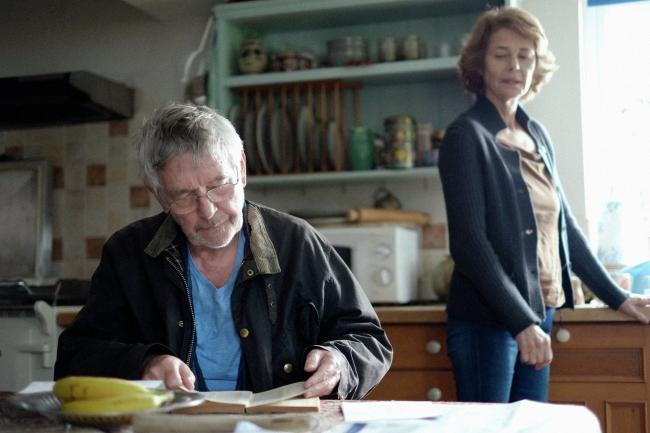 45 Years is adapted from a short story and it shows. Even at barely 90 minutes, its scant story feels stretched. It's a finely acted, adult drama and its two elderly leads deserve all the plaudits they've been receiving, but its leisurely pace, and lowkey resolution don't exactly produce a gripping movie.

The story takes place over one week. Kate (Rampling) and Geoff (Courtenay) are a married couple about to celebrate their 45th wedding anniversary. Their plans for a party are disrupted when Geoff receives a letter from Switzerland that informs him the body of his ex-girlfriend has been found perfectly preserved in a glacier 50 years after a mountain hiking accident. This stirs up troubling memories for Geoff, which disturbs Kate even more, as he reveals secrets she never knew that throws their whole marriage into question.

Although Rampling's remarks about Oscar diversity have overshadowed her performance, she really is deserving of award attention. She delivers a heartfelt performance, displaying typical British reserve, while still revealing the turmoil of emotion that is roiling under the surface of her outer calm. It's not a showy performance, but it is a subtle and nuanced one. Courtenay missed out on an Oscar nomination, but he matches Rampling scene for scene. His performance as the slightly doddering old man is so natural that it doesn't seem to be acting at all. Together they say as much without speaking as they do with their voices.

The film is beautifully filmed with plenty of shots of the English countryside. Dying leaves rustle in the breeze in frozen fields as Kate walks their dog. The overcast skies reflect the cloud that has settled over this marriage. However, while these scenes add to the atmosphere and can be seen to be symbolic (as is the fact that Geoff's ex-love is perfectly preserved), in the end they just feel like padding intended to stretch this short into a feature.

When Geoff first spoke about how his ex had died all those years ago, I suspected that perhaps we would learn there was more to it than he first revealed. I suspected foul play, but this just isn't that sort of movie. Instead of a climactic reveal, the ending leaves you with a question. Will this marriage survive? Geoff seems to be coming to terms with his past, but the devastation on Kate's face makes it plain that it won't be smooth sailing going forward. 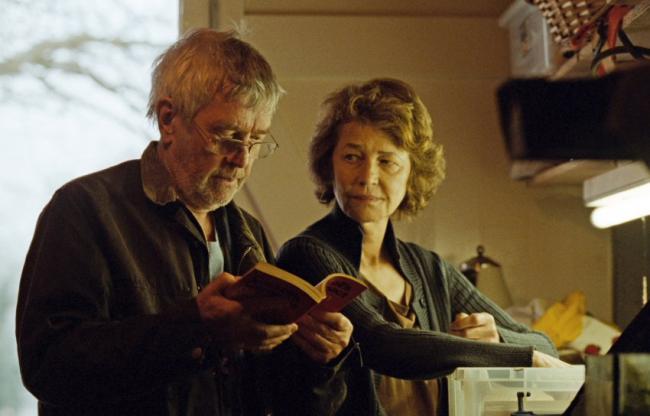 I do not think there is any question about whether or not this marriage will survive. Although I would have liked Rampling to have had a big smile on her face at the end, I think she still came to a solid decision. I believe Kate's life with Geoff will go on but it is up to her to make it work. He may have loved another woman many years ago but that certainly does not mean he does not love her. He professes it bluntly as well as subtly.

This is not to say that Kate does not have some things to ponder. How comfortable would any of us be discovering that we were someone's consolation spouse? She worries that the last 45 years of her life only happened because a woman she never met died on a hiking trip. Worse yet, is that she feels Geoff loved the other woman more than he loves her.

After expressing such feelings, Geoff asks her, "You really believe you haven't been enough for me?" Kate answers, "No. I think I was enough for you, I am just not sure you do." On her defense, Geoff does start acting differently, such as making midnight trips to the attic to look at old pictures. He starts smoking again, a habit he broke long ago. Kate feels almost as if he is having an affair on her with a ghost.

The scenes of Kate walking through the countryside or in town could have been trimmed but they do demonstrate how lonely she is. She and Geoff never had children and they have a talk about how they rarely took pictures since they did not see the point, being childless. I think the scene at the anniversary party where a friend has made a memory board of photos shows that they had a fulfilling life none-the-less.

45 Years is a movie about mature people of advanced years. There are no emotional outbursts or cathartic speeches told to attentive best friends. This is a couple that has been together for a life time and simply have to remember that the unknown is often more scary than reality. As Kate puts it at one point, "Isn't it funny how you forget the things in life that make you happy." This couple is old enough to know that one should never forget the past but to dwell on it is a futile effort.

It is a shame that such a big deal was made about Rampling daring to express her opinion. It likely sabotaged her chances of winning. I agree with Scott. She gives an amazing performance. You feel every one of her emotions. One minute you feel sorry for Kate and the next you wonder why she is not being more supportive of her husband, who is clearly having to relive one of the worst moments of his life. Rampling would have my vote for best actress if I had one to cast. 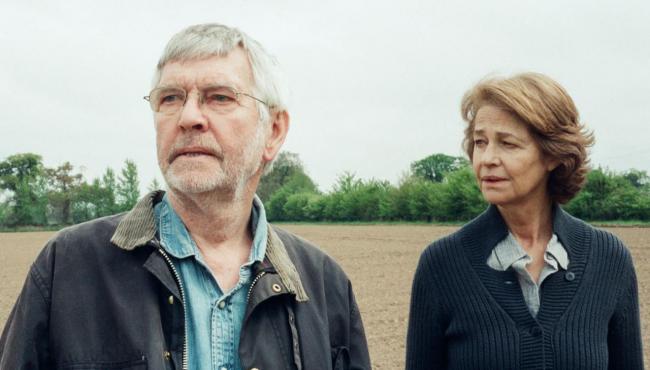 Rampling's performance is everything my brothers claimed and more. Her Kate Mercer is a real flesh and blood person who takes the viewer along for a bumpy emotional ride. Anyone who has ever felt the pain of heartbreak will recognize every petty reaction and hurt expression that flickers across her face. The final scene alone is worthy of the Oscar.

As for the question of how likely the survival of their marriage is – I'm with Eric. Perhaps 20 years earlier this information would have been a game changer – but Kate and Geoff are near enough to the end of the road that they'll finish the trip together – although the remainder of the journey will be tinged with sadness for Kate. The irony of the situation is that Geoff's only crime was his failure to tell his wife the whole truth about an earlier relationship.

It's understandable that a young man wouldn't tell his new girlfriend about the love of his life who'd recently died in a freak hiking accident but at some point before the wedding you have to come clean. The only reason to harbor such a secret is the need to occasionally draw emotional succor from past memories - something a spouse has every reason to resent.

Geoff's very deception displays his level of devotion to a dead woman. He disingenuously states several times to Kate that he thought he'd already told her all about Katya, when in fact he knew very well he hadn't. Nor had he shown her his box of slides in the attic, which reveal a bigger secret. How much must it hurt that while Geoff never showed much interest in photographing their lives together, he took many pictures of Katya? More, in fact, in their few short weeks together than in the 45 years he and Kate have been married.

The soundtrack is filled with songs from The Big Chill generation, which indeed Kate and Geoff are members. “Happy Together” by The Turtles, “To Sir, with Love” by Lulu, and “Young Girl” by Gary Puckett and The Union Gap are heard symbolically at various points in the story. And of course The Platters version of “Smoke Gets in Your Eyes” provides Kate's climactic emotional catharsis. And speaking of symbolism, the seasons seem to alternate between early spring and autumn over the course of the week leading up to the Mercer's 45th anniversary party. I'm assuming this is meant to reflect Kate's fluctuating emotional barometer as she strolls about the countryside - or perhaps it's just poor editing.

45 Years is an acting showcase that tells a simple yet profoundly moving story. 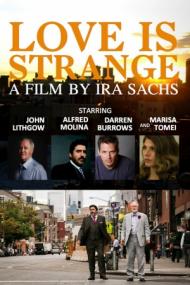