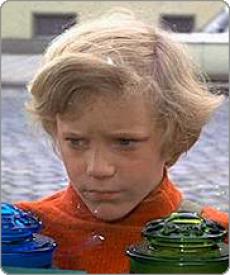 A single parent family is a common movie trope and was used in Willy Wonka and the Chocolate Factory.

In my opinion, Hollywood has something against the traditional nuclear family. Nearly all children's movies are about children of single parents or are orphaned. This has long been a Hollywood standard. Dorothy is an orphan living with her old aunt and uncle who have little time for her in The Wizard Of Oz. Charlie Bucket in Willy Wonka And The Chocolate Factory is being raised by a single mom and four lazy grandparents. Anne Marie in All Dogs Go To Heaven is an orphan who has dogs taking care of her. The two kids in Chitty Chitty Bang Bang are being raised by a single dad. In the 1994 version of Lassie, the two children are being raised by their father and a new step mom. In ET, the kids are being raised by a single mom after dad ran off with another woman. In Lemony Snicket's A Series of Unfortunate Events, the children are orphans due to a distant relative killing their parents.

Walt Disney, that paean of family films, is the biggest contributor to the anti-nuclear family as norm in filmdom. Look at their movies:

I can only think of a few Disney movies where there are children who are actually being raised by their two original parents. In these films, the parents are hardly worth bragging about. In Honey I Shrunk The Kids, the parents are on the verge of splitting up. The father recklessly shrinks, and thus endangers his own children. In Mary Poppins the parents are together but are completely oblivious to what their children do all day.

The one and only Disney cartoon I can come up with where the parents are happily together and responsible is 101 Dalmatians, and they are not even human.

One answer as to why this plot device has long been exhausted is that a child character that is outside the nuclear family is a more sympathetic character. I, however, think that is a cop out. You would think that after three quarters of a century of making kid film's, Disney could have come up with some good family films that actually contain an intact traditional family. 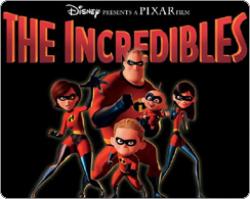 The Incredibles was that rare Disney Cartoon where both parents of the family were still alive and still married to each other.

Hollywood's lack of traditional families on film serves to encourage single parenting. All of the characters in all of the above mentioned movies end up happy, well adjusted and unaffected by their lack of parenting. Any adult child of divorce or neglect can tell you that this is far from the truth.

My personal problem with all of these orphans and single parented characters is that it is represented to be the norm. Of course, your response is that, these days, it is the norm. Single parenting may be commonplace but traditional families are as well. Why does Hollywood, and escpecially Disney, belittle marriage and commitment by so rarely showing it in family films? It would be nice to not have to always explain the dynamics of a movie family to my sons after watching any of these "family films".