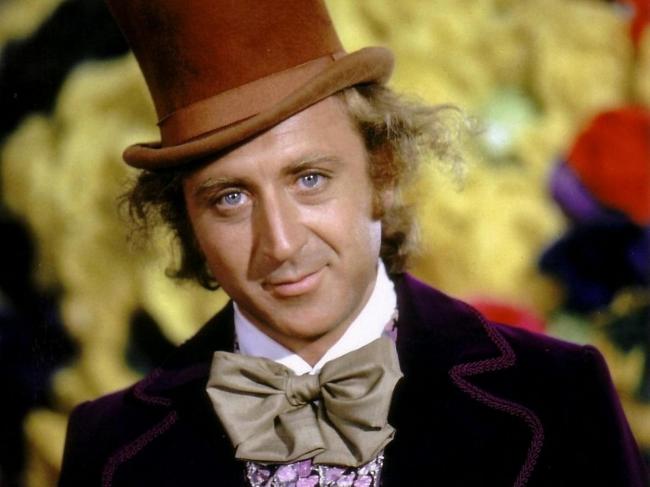 As the world seems filled with celebrities, we often hear of one passing and our reaction is usually something mundane like, "Oh, I liked him in...." or, "Didn't he sing that one song?" Sometimes though, a particular movie star passes away that means so much more. This is definitely the case for me with the great Gene Wilder as my brothers and I are huge fans of his. As children we watched many of Wilder's hit films from the seventies on HBO, laughing ourselves silly. We saw The Producers, Blazing Saddles and Young Frankenstein over and over again. Gene Wilder We could quote many of his lines and still can to this day.

My first exposure to Gene Wilder came when I was quite young and Willy Wonka and the Chocolate Factory was playing on Network television. I went with Charlie Bucket on a journey to a magical, candy filled placed and met the strangest man I had ever seen. Wilder was completely unpredictable as Wonka. He sang songs like Pure Imagination. He yelled at the children every time they misbehaved. One of my favorite moment has always been when he says, with hysterical mock concern, "No...don't...stop...comeback." I could not figure out if Wonka was dangerous, mad or both, but he explains himself to us very bluntly when he says, "A little nonsense now and then, is relished by the wisest men." The next day, it was the talk of the neighborhood kids. I remember being told by my friend across the street that I should read the book, much as children more recently told each other to read the Harry Potter books..

One of Gene Wilder's first films was Bonnie and Clyde, in which he had a small part playing a man, who along with his fiance, goes for a brief ride with the famous bank robbers. The first time I watched this violent film it did not register that this was the same guy who played Willy Wonka. Although this movie is very dramatic, Wilder's scene is wonderful as he lightens the movie up. His laughter over Gene Hackman's joke is contagious and note the look on Wilder's face when he discovers his fiance is older than he thought.

As Leo Bloom in The Producers, Gene Wilder created a character, whose personality traits would often show up in many of his other hilarious characters. At one point, Wilder has a panic attack that involves screaming and demands for his blue blanket. Co-star Zero Mostel throws water on him thinking that it will calm him down but all it does is prompt Wilder to screech, "I'm in pain and I'm wet and I'm still hysterical!"

For the western spoof, and politically incorrect classic Blazing Saddles, Wilder played a drunk gunslinger. His part is small but he truly shines in the scene where the KKK discovers Cleavon Little's skin color by seeing his hand. Wilder quickly comes to his defense by saying, "Why, Rhett! How many times have I told you to wash up after weekly cross burning?" Wilder then licks his fingers and starts rubbing Little's hand, "See, it's coming off." Wilder assures them as he flips Little's hand over to the lighter colored palm.

I consider Young Frankenstein to be Gene Wilder's greatest film. He co-wrote the script with Mel Brooks, who directed this as well as Blazing Saddles. Wilder plays scientist Dr Frankenstein (be careful how you pronounce it) who inherits a castle with a creepy housekeeper who has a questionable affect on horses. He begins the movie down playing his scenes, while others like Marty Feldman are playing it big. Then comes the scene where Wilder looks up from his studies and yells, "It...could...WORK!"  and Wilder never looks back. This movie has me rolling on the floor. Look at Wilder's slow burn when he questions Igor about the abnormal brain he put in his monster, or how about the scene where he ends up playing charades with his assistants while the monster strangles him.  Of course no scene beats Wilder playing it to the hilt when he screams "Throw the switch!" Young Frankenstein is one of the greatest comedies ever made.

Gene Wilder also did some amazing work with Richard Pryor, who co-wrote Blazing Saddles with Mel Brooks. Together, Wilder and Pryor starred in Silver Steak, Stir Crazy and See no Evil, Hear No Evil. In Silver Streak, he had his moments of hysteria, such as when he gets kicked off the train, "Son of a bitch!" or when he yells at the woman who thinks his name is Steve, when it is George. The most classic scene in the film is when Pryor paints Wilder's face with shoe polish and has him pretend to be black. You cannot help but laugh at the way Wilder struts out of the bathroom in black face.

Alan, my best friend in high school is an African American and he thought the world of Richard Pryor much as I adored Wilder. He and I saw Stir Crazy so many times together that I cannot help but think of him whenever I watch it. Wilder and Pryor were one of the best comedy duos of all time. They worked together perfectly creating a sincere, yet hilarious on screen friendship. Alan and I could not help but see our friendship reflected on screen. How many other multi racial co-stars were there in the early 80s? 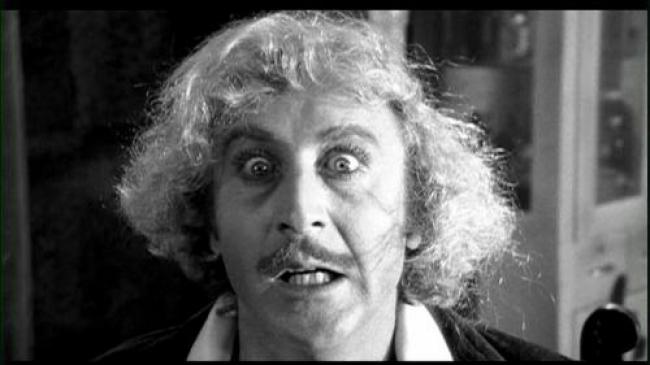 Gene Wilder was, without a doubt, a part of my childhood and youth. He had a way of drawing me in and then out of no where he would burst into some fit of hysteria, making me laugh so hard. Unlike so many movies from my childhood that did not age well, I still find Wilder's films entertaining and they are adored by new generations. Until Harrison Ford became the biggest movie star on the planet, and my new favorite movie star, Gene Wilder was at the top of my list. How exciting do you think it was for me that Wilder and Ford made a film together. It is neither of their best work but The Frisco Kid is definitely worth a watch. Wilder plays a Rabi who at one point is in an argument with an Indian chief whom the Rabi is trying to convince that God does not make rain. Right on cue, it begins to thunder, prompting Wilder to quip, "Of course... sometimes, just like that, he'll change His mind."

Gene Wilder, whose birth name was Jerome Silberman, died from complications from Alzheimer's disease. He was 83. The world lost a remarkable comedian but we always have his films to watch and enjoy. To me they are not only brilliant comedies but they provide me with a sense of nostalgia as I recall the days the great Gene Wilder brightened for myself and my brothers.