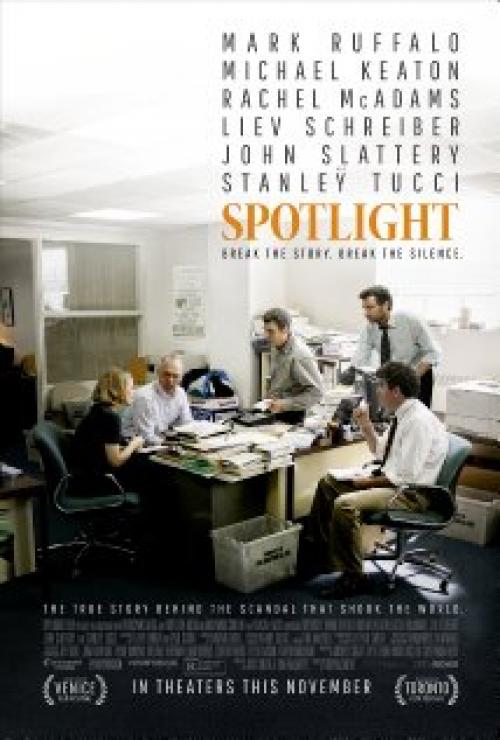 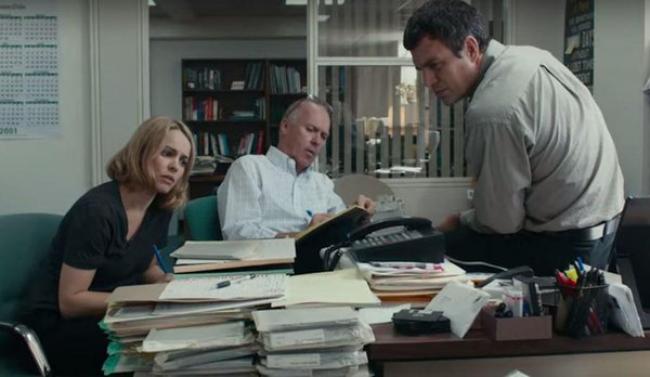 Spotlight tells the true story of the Boston Globe's investigation into the sexual abuse by Catholic Priests in Boston, Massachusetts and the Church's history of covering up its crimes. It's a well made, well acted, quality film that tells an interesting story. It has already won a slew of awards and is likely to feature heavily in the Oscar race.

The story is set in 2001 and begins with the arrival of Marty Baron (Schrieber) a new editor at the Boston Globe. One of his first acts is to get the investigative journalists "Spotlight" team to look into the allegations of abuse by catholic priests, beginning with a lawsuit against the church to get court documents in cases where the church has settled out of court with victims, made public. An act that is met with resistance by the tightly knit, heavily catholic Boston community. The Spotlight team begins their investigation with varying degrees of enthusiasm, but as they dig deeper and realize the extent of the abuse, they begin to appreciate the magnitude of the story and the crime.

Michael Keaton leads the all-star cast as Spotlight editor, Robby Robinson. His team of reporters are played by Mark Ruffalo, Rachel McAdams, and Brian d'Arcy James. Mad Men's John Slattery plays their boss, Ben Bradlee Junior. Stanley Tucci plays Mitchell Garabedian, the attorney working for a group of abuse survivors and Billy Crudup has a small part as a lawyer who has privately settled many of the cases brought against the church. The performances are universally stellar without a weak link in the acting chain. Many of the performances were inspired by the real Spotlight team, who were invited to the set and met frequently with the cast.

The story avoids grandstanding, over the top melodramatics. Were this a fictionalized Hollywood film, no doubt it would have been revealed that a member of the investigating team had been molested as a child. Indeed, so conditioned have I become to Hollywood's storytelling methods, I spent the first half of the film trying to guess which character it would turn out to be. For the record, my money was on Mark Ruffalo's character. However, the script avoids any such moments. It's both a weakness and a strength of the story. It's a strength because it keeps things real and allows us to view the facts of the case dispassionately. But it also keeps us at a distance. We react as readers of a newspaper. Shocked and offended by the events, but removed from them.

Despite knowing how the story will end, it remains suspenseful throughout. The process of the investigation is a riveting one that feels authentic. The Boston Globe won a Pulitzer Prize for its uncovering of this story and this movie shows how they earned it, slogging through church records, interviewing victims, and many hours of long hard work, at the expense of family and a personal life. The film runs 128 minutes and not one of them is wasted. 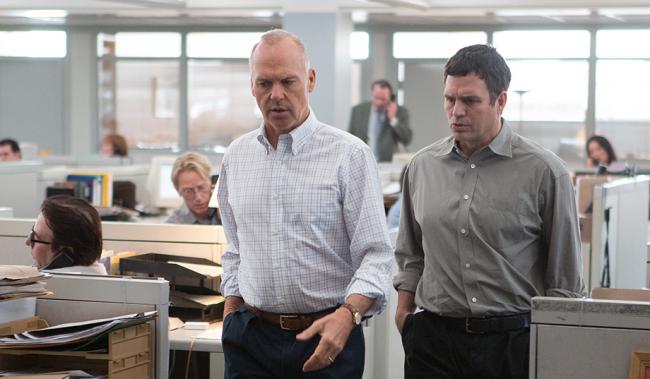 The first thing that struck me about Spotlight was the fact that a movie set in 2001 is now a period piece. One glance at the outdated computers tells you right away that this happened years and years ago. The events of 9/11 occur during the course of the movie and to anyone under 16 that day must seem as remote and historic as Kennedy's assassination did to us when we were kids, and what Pearl Harbor would have been for our parents' generation. 9/11 pushed every other story from the headlines for months. As a result the priest sex-abuse scandal, portrayed so realistically here, didn't break, becoming instant fodder for late night talk show hosts, until January of 02.

I concur with Scott on all points. Spotlight features a great script and superb acting by all. You really get a sense of what these reporters must have experienced as they uncovered a shocking story that just kept on growing broader in scope. Mark Ruffalo and Michael Keaton are worthy of mention. Both are terrific. As are Liev Schreiber and Stanley Tucci. Two of the finest character actors working today. And for once Rachel McAdams didn't annoy me by being overly perky.

Scott hinted at the one flaw in the movie. It focuses solely on the investigative reportage and not enough time is spent with the victims. We meet only a couple of them and they each get just one brief scene. We are told that the number of abusive priests they've uncovered, and therefore victims, keeps increasing but we are never SHOWN this happening. As my brother wrote, this keeps the emotional pitch of the movie on a lower key than one might reasonably expect from a movie about priests sexually abusing children.

Spotlight is sure to garner plenty of awards talk. As an acting showcase alone it's certainly worthy of recognition, but as a fan of high drama I wanted a bit more. 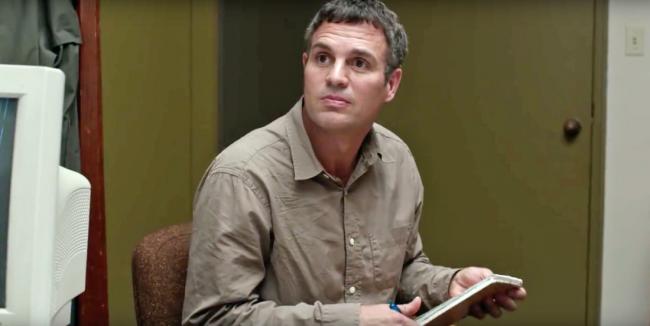 Spotlight is a solid dramatic depiction of real events. The true interest generated in this movie, for me, is in the facts that so many people did not want the truth to come out. The priest and the Catholic church obviously wanted it to stay a secret but so did so many others. First, there were the many male victims, who the film explains, were often too embarrassed to talk about it. Such fear actually makes boys more vulnerable to sex abuse than girls. Then there were the lawyers, some of whom financially benefited from the cases and settlements.

Lastly, and most importantly, are the many Catholics who felt their religion was being attacked by the investigation into the church cover up. Our devout Catholic mother would become silent whenever I brought this subject up. She, like so many, did not want to discuss a negative aspect to something that had brought them so many positives. The news articles, reports and this movie liberally used the term Catholic Church. That is, in fact, accurate reporting but these same news outlets have often seemed timid when using the term "Muslim" when referring to Muslim terrorists but all to eager to name Catholic priests as pedophiles. Note that this film features the events of 9/11 yet it never mentions Muslims as being responsible for it.

I too was expecting a member of the investigating team, or one of the lawyers, to reveal that they had been molested as a child. Almost every male character has a scene or two where they seem to be about to talk about it. I believe this was intentional as it shows that anyone could have been a victim. Not only that but we learn later that the crimes had been swept under the rug by more than just the Arch Diocese. One lawyer even defends himself for not going forward with information by using the classic Nazi excuse, "I was just doing my job."

I was reminded a bit of Judgment at Nuremberg (1961). Like that classic Stanley Kramer film, Spotlight holds the perpetrators responsible but it also poses the question of culpability of those who knew it was going on and did nothing to stop it. This includes Catholic Church officials, the lawyers and NEWS agencies who were handed proof but did not act on it. Spotlight is an eye opener.