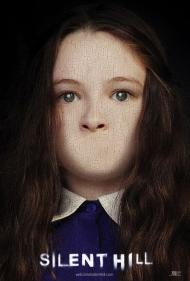 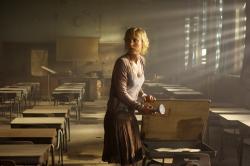 I have never played the video game Silent Hill and have no plans to. Nothing against the game, I just do not care for video games. The movie, Silent Hill, is something I wished I had avoided and will in the future. Why? Because it makes no sense.

Here is the plot, as far as I can make out. A couple has an adopted little girl who sleep walks. One night she says "Silent Hill" in her sleep. So mom does the logical thing and, against her husband's wishes, runs off with the little girl to an abandoned town called Silent Hill. So irrational is the mom that when a traffic motorcycle cop pulls her over, she drives off like mad? Mom crashes the vehicle at the edge of the ghost town, daughter disappears, female cop shows up and they both go wandering around the town, occasionally getting attacked by burning embers that look as if they use to be human. Throw in a religious — Christian based — cult, a demon and all kinds of gore, special effects and you end up with a complete mess.

The worst offense this movie makes is that the plot and history of what is going on is far too confusing for a horror film. Hell, it's far to much for any kind of movie. Even when the characters try to explain something, it just makes it all the more convoluted. Good horror movies are not complicated. Zombies come to life and eat people. We don't need or want an explanation. Dracula drinks blood. Okay, I buy it. Horror movies are about the scare, not the back story.